China tests a swarm of drones from a mobile launcher 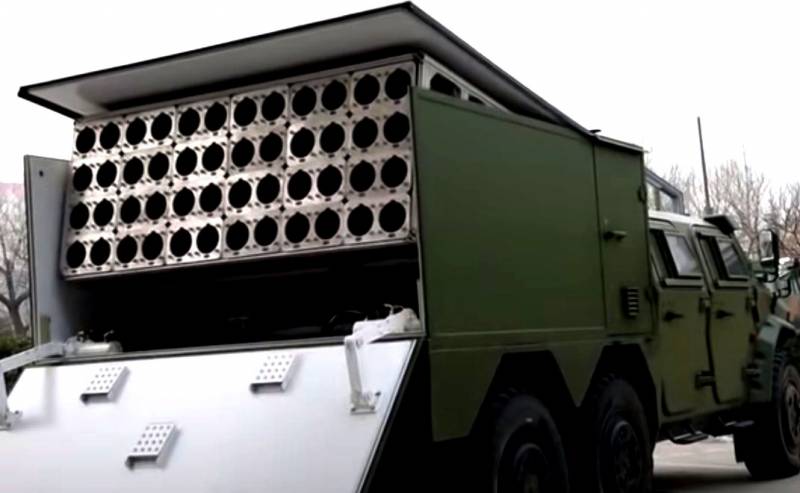 The People's Liberation Army of China is mastering the tactics of using a swarm of drones. The Chinese military can now quickly launch 48 drones from the back of a truck or helicopter.


The Chinese Academy of Electronics and Information Technology recently tested new drone launch capabilities. The name of the drones tested by the academy is still unknown. But if you look at the video footage from the tests, you can see that the unmanned aerial vehicles resemble the CH-901 of China Poly Defense.

The CH-901 was first introduced in 2016. It is distinguished by a pair of retractable fenders and a foldable V-shaped tail unit. More recently, the manufacturer has replaced the V-shaped tail unit with a twin, similar to the one used in the China Academy of Electronics and Information Technology video.

It is known that designs with two pairs of folding wings have recently become widespread in the world of unmanned aerial vehicles. For example, the Switchblade drone manufactured by the American company AeroVironment has a similar design. As for the drone presented by the Chinese academy, according to the author of the American edition of The Drive, Joseph Trevithick, it resembles the Coyote of the American company Raytheon.


Trevithick compares the Coyote to a Chinese drone and the launch options demonstrated by the Chinese academy in a recent test. The drones were launched from a 48-pipe ground launcher mounted on a modified 6x6 version of the Dongfeng Mengshi light tactical vehicle, which in the US is called the Chinese copy of the Humvee.

The American edition draws a parallel with multi-tube launchers used by the US Navy's Office of Naval Research as part of a project to develop low-cost drones. A similar complex with tube launchers was presented by Poly Defense. 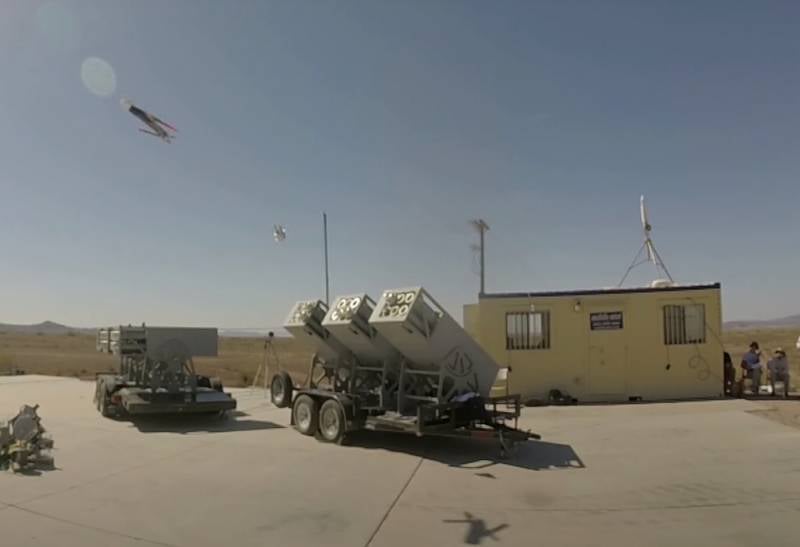 A similar test of a US ground launcher
It should be noted that any launchers of this type can be placed on the ground in a static position, as well as installed on ships and boats of the naval forces. The Chinese Academy also tested the possibility of launching an unmanned aerial vehicle from a Bell 206L helicopter. Here Trevithick also finds common ground with the American Coyote drones, which are also capable of launching from the air.

An interesting point in the video is the tactics of using drones. Up to 11 Chinese drones fly in a swarm-like formation. The operator controls their movement using a touch screen on a small device resembling a tablet. Also, drones are able to observe certain areas on the ground, and then tune in to hit selected targets. It is not very clear, however, the question whether the Chinese drones have any special devices, including infrared cameras for working in low light conditions, for example, at night or in bad weather.


In any case, China's turn to the use of drone swarm tactics is indicative of an increase in its operational capabilities. The drone launching and control system, according to the American publication, looks very mature and perfect. This remark is especially true in relation to a ground mobile launcher, which allows you to quickly change the place of launching drones. Moreover, the ability of one truck to launch 48 drones in a matter of seconds, which will attack the target area, shows that there is currently no defense against such an attack.

Lasers, miniature interceptors, and electronic warfare are still not sophisticated enough to effectively counter drones in general, let alone swarms of drones. An example is the ongoing military conflict between Armenia and Azerbaijan in Nagorno-Karabakh.

Trevithick writes that even self-made drones can create huge problems for the enemy on the battlefield, and this circumstance becomes especially risky for modern state armies in the context of their confrontation with various radical groups and insurgent movements that actively use drones as cheap and effective means of reconnaissance and defeat of enemy manpower and equipment.

Ctrl Enter
Noticed oshЫbku Highlight text and press. Ctrl + Enter
We are
Reports from the militia of New Russia for 27-28 September 2014 of the yearYuri Drozdov: Russia prepared the role of the sacrificial calf
211 comments
Information
Dear reader, to leave comments on the publication, you must to register.