Do I need to build such tanks? 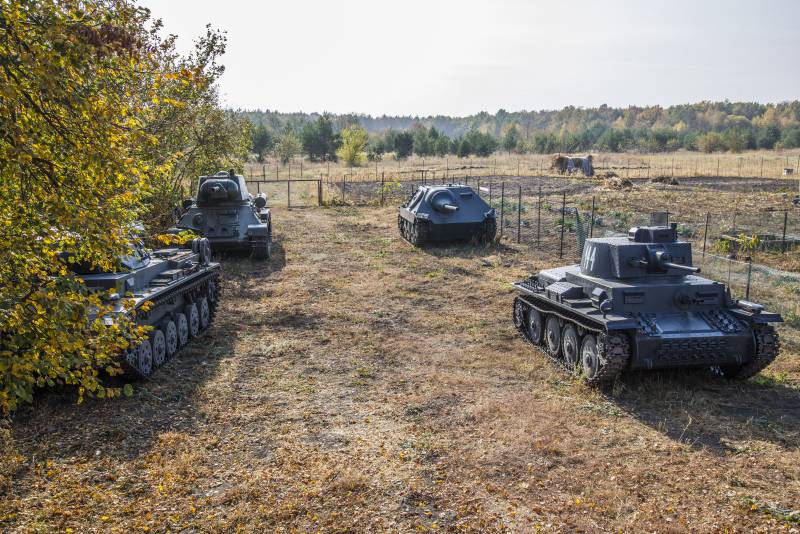 I'll start with photographs that I took in the village of Arkhangelskoye, Belgorod Region, with brothers Alexander and Mikhail Sheptayev from the Prokhorovskoye Pole military history club. For more than 10 years, the brothers, with the assistance of Valery Panteleimonovich Sheptaev's father, have been building equipment. Historical. 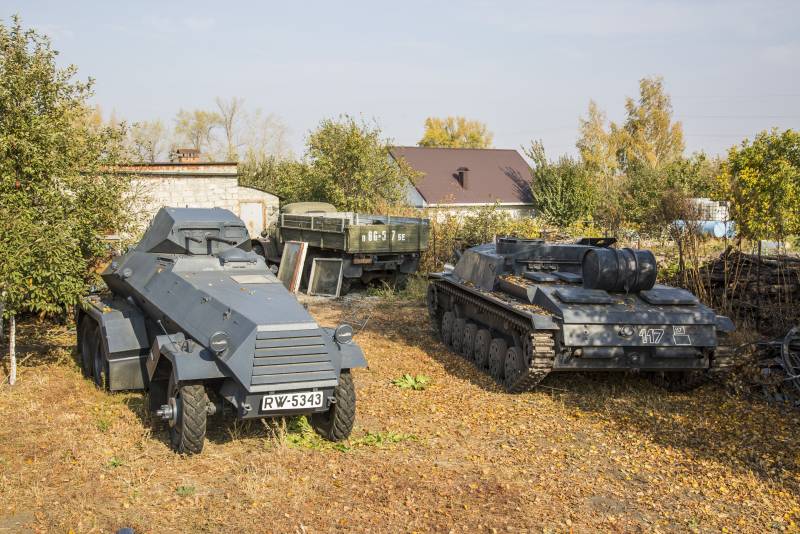 Together with the Sheptaevs military history club, we will now make several materials on the topic of historical reviews of military equipment and weapons, but before that, as a start, I found one important, in my opinion, moment interesting.

In principle, as people who are understanding and sophisticated, we already just grimace when we meet on a movie or TV screen another set of freaks who should be Tanks... Especially German ones.

This was an ugly sin in Soviet times. Even such masterpieces as "Hot Snow" and "Battalions are asking for fire" did not pass this cup, and a variety of monsters crawled cheerfully, shot and burned in the frames. 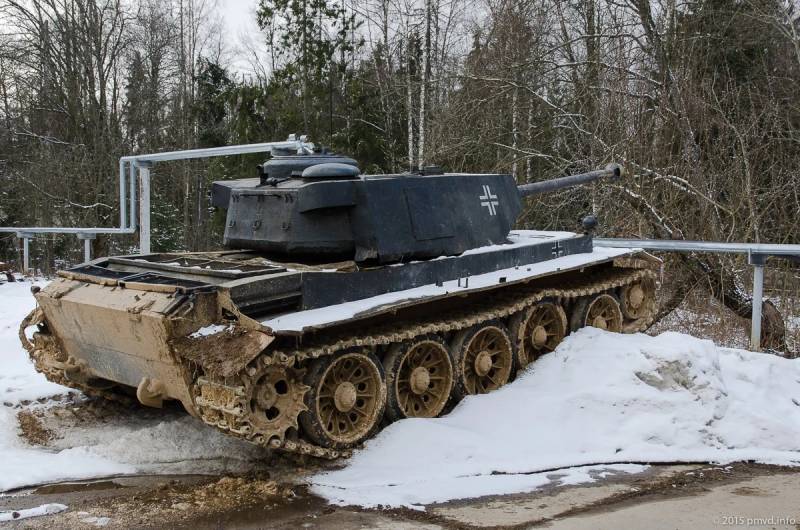 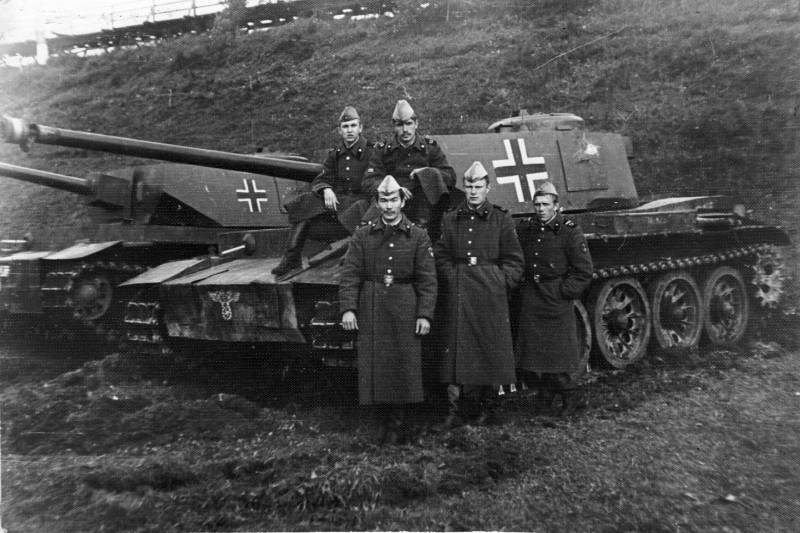 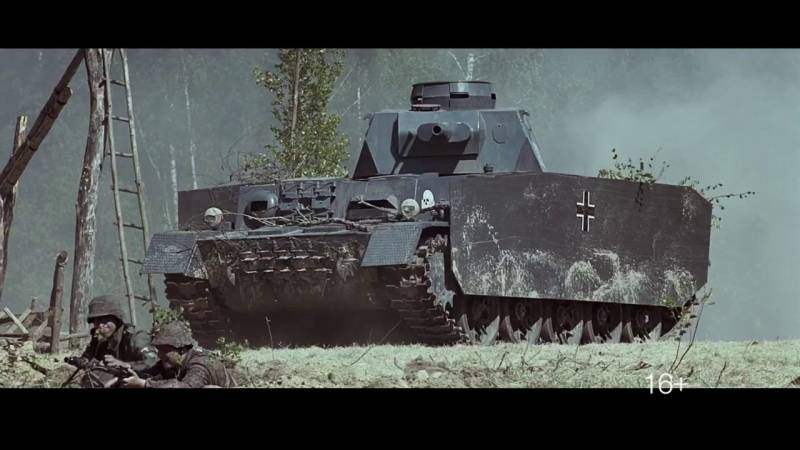 For some reason, the XXI century did not become an exception, despite the fact that in the computer, with straight hands, you can draw anything you want. It is clear that now everything is very bad with hands, because in the same "Invincible" mutants from tank history also appeared on the screen. Unfortunately.

And here's a slightly different twist. People build tanks, self-propelled guns, armored vehicles. Judge for yourself how similar it all is. It is very similar, because in order to make a copy, the brothers traveled to Kubinka, since the old administration allowed working with exhibits. Therefore - a tape measure, a protractor, a tablet with paper and a pencil. Measurements of angles, bevels. Then the drawings. Then the search for donors and construction.

I would say - creation.

A kind of occupation. Someone will say: why? There are not so many buyers. In fact, they are, but not in such quantity that it would be interesting for the creators.

But what if we have such an attitude towards technology in our country?

In fact, there was nothing left. The planes were ruthlessly destroyed, the remaining pair of Il-2 and the same amount of Po-2, and that was all. Raised and restored I-16s went into the 90s in different collections around the world. And we just have to look at the recordings of foreign festivals, where "Zero" and "Corsair" easily fly side by side, like 80 years ago.

And in fact, there was no equipment left. All. The Vadim Zadorozhny Museum, the Dmitry Persheev Museum in Padikovo, the Kozitsyn Brothers Museum in Verkhnyaya Pyshma are islands of original technology.

But the original technique, which is worth its weight in gold because of its historical value, cannot be driven at festivals and other shows, you cannot shoot in films. Although museums provide their equipment for shooting, there is nowhere to go, because you need to shoot, although there is nothing special.

Two German tanks in "Panfilovtsy" is already an achievement. At least two, the rest were finished.

And if you could visit the military-historical festival "Battlefield" and see what they bring from the garages of "Mosfilm" ... The full impression that the bricklayers were building drunk since last year. "Come on, it'll do, gray, with a square tower" - that's something like that. As in the photos in the films.

Meanwhile, we have a kind of historical and patriotic reserve for the Great Patriotic War.

Absolutely miserable textbooks that "pass" the history of that war under the guidance of modern teachers, "providing educational services" - that's all. Young people do not want to watch miscarriages of Russian cinema. It is enough that their "Bad Comedian" will look and smash them to smithereens.

And how and what can we show and educate here?

There is nothing to show us. Because for one normal film there are a dozen of our nightmares like "Penal Battles" and "Bastards", and even Hollywood will throw a couple of dozen about how Private Ryan Hitler shot.

In these conditions, no matter how I criticize the often strange behavior of reenactors and their addiction to the use of strong, fortified and slightly diluted products, they have one of the main educational moments.

They can show. It is important. It's beautiful. This is useful. 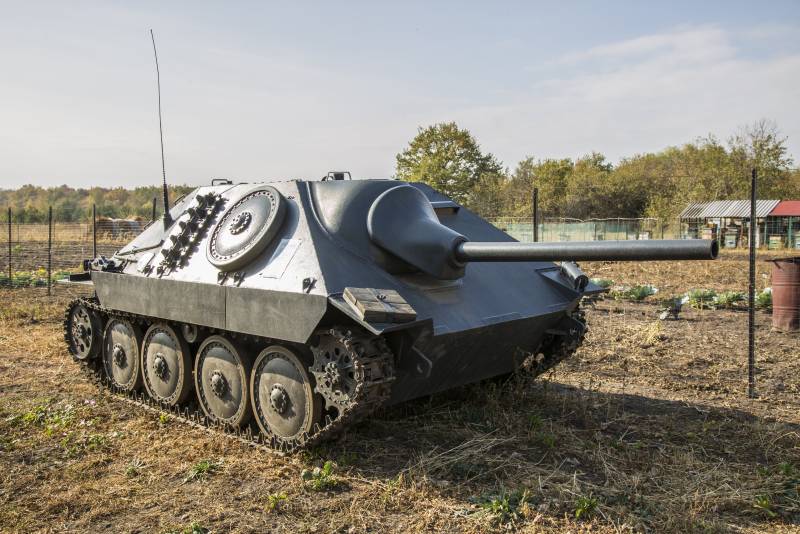 Show the form. Show weapons. Arrange, albeit ostentatious, but a fight. Give an opportunity to approach the technique. At some festivals, shooting galleries were organized where you could shoot, albeit single, but from a real DShK or PPSh. It costs a lot.

So the creation of such popular copies, in my opinion, is a very useful and beautiful thing. 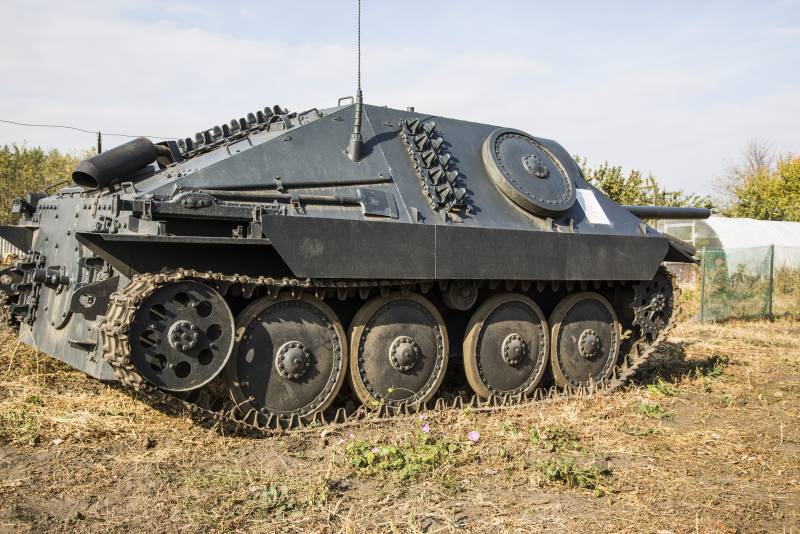 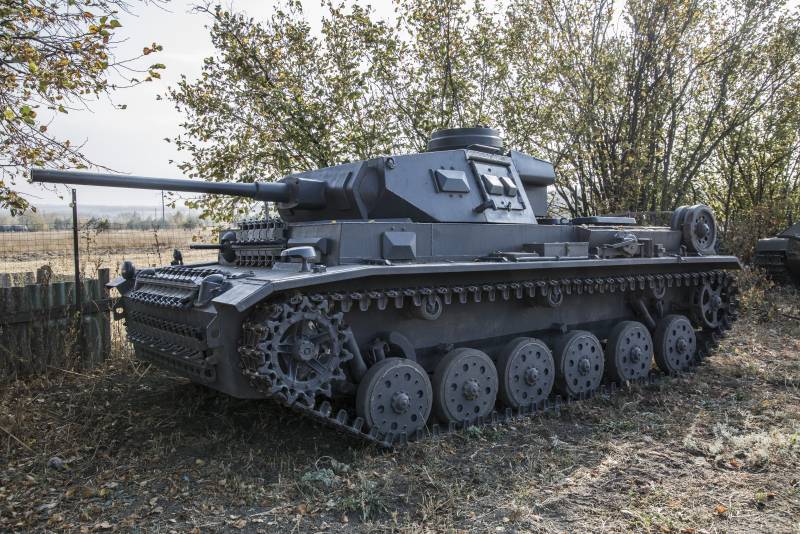 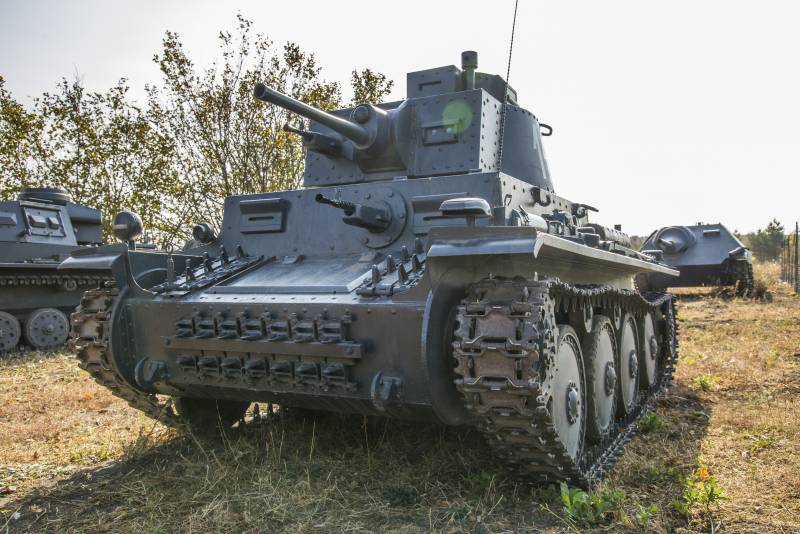 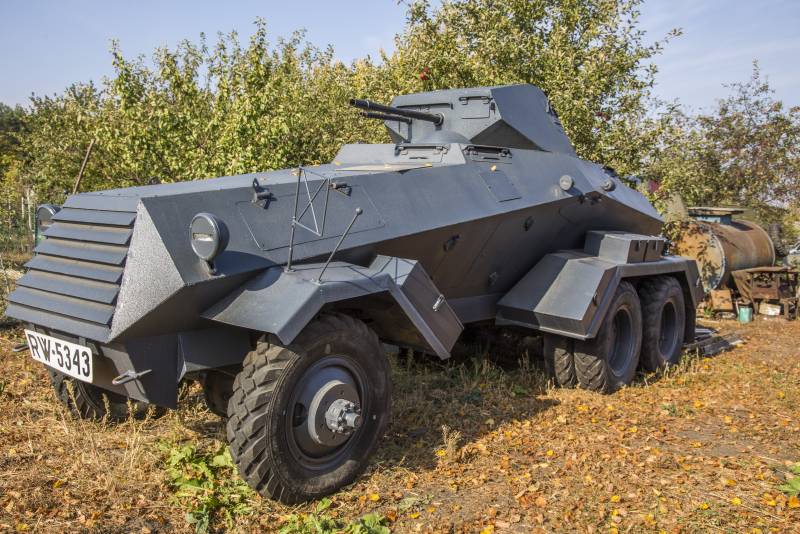 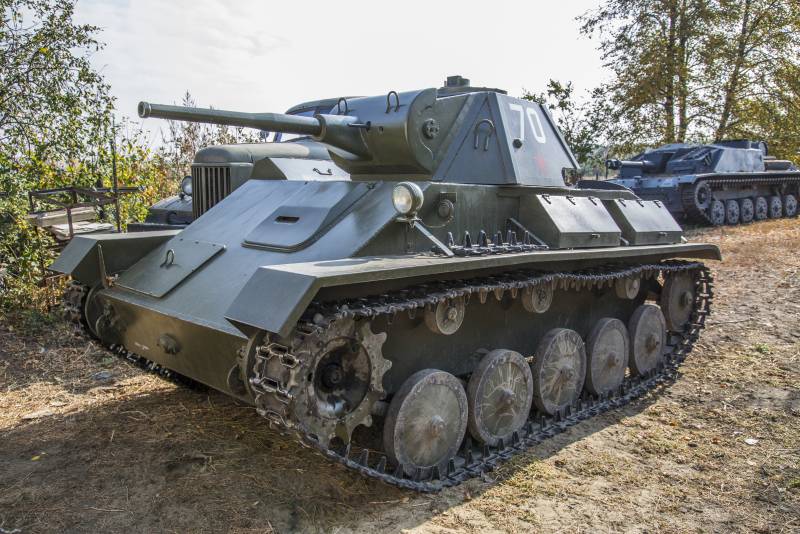 No matter how criticized those reenactors who wear German uniforms, and without them nowhere. They are just as interesting a component as our soldiers. Very often I met that this is "propaganda of fascism", and so on.

In fact, this is the propaganda of human stupidity. For I can imagine, of course, a T-34 driving somewhere and the Red Army soldiers running after it into the void, but, in my opinion, this is as ridiculous as shoving representatives of the Youth Army into any event. Who do not know how to keep up.

How do you evaluate what people do with their hands? Well, perhaps that's the only way. Therefore, there will be several stories ahead of both technology and its creation, and a certain amount of materials on small arms.

For myself, I answered the question whether it is necessary to build German tanks today. It turns out what you need. At least in order for the younger generations to see an almost real Pz.Kpfw.IV or STUG, evaluate and compare with our T-34 and Su-100, for example. What our ancestors really fought against, and not rickety monsters, created by what drawings do not understand.

I understand this, in the spirit of the Constitution, by “preserving history”.

That is why I invite you to a small cycle dedicated to historical exhibits of small reenactment collections. It will be interesting.

And since we simply do not have something to show and tell, I am sure that such creators of historical self-propelled manuals should be provided with all kinds of support.