How does LDNR avoid infrastructure collapse? 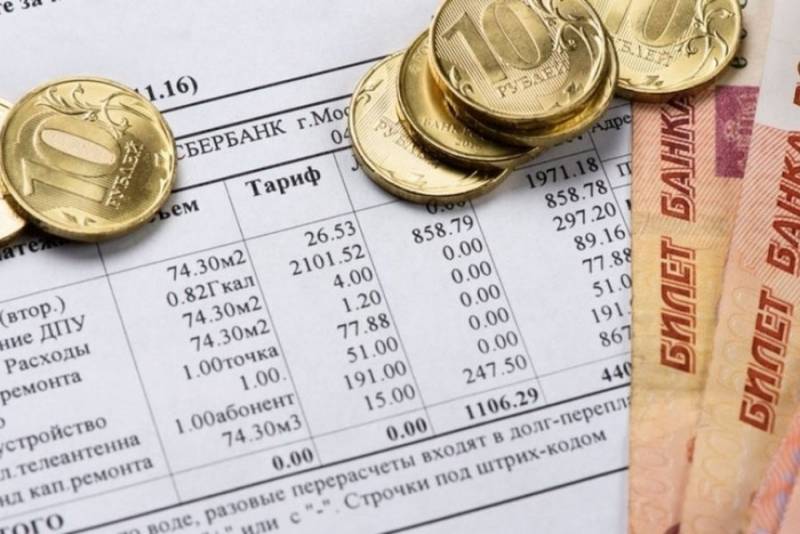 Recently, criticism of infrastructure problems in Lugansk and Donetsk brings to mind the old song “Oh, don't kick a dead dog”. On social networks, they happily post dozens of photos of water pipe bursts and write heartfelt texts about how bad things are and will be even worse. Moreover, a real understanding of the scale of the problem, apparently, is lacking not only among officials, nor among the population, which still thinks in terms of the past decades.

This is an eternal, painful, populist question ... It is clear that every fool knows perfectly well "how to equip Russia", if only he could at least pay bills on time. The situation is aggravated by the incompetence of local administrations, a shortage of personnel and low salaries, a general burden of imbalance in the system ... So many problems have accumulated that it is impossible to take and fix everything at once, dismissing all the bribe-takers and non-professionals and flooding everything with money.

It is necessary to repair the heads, because it is already too late to repair only the water supply system ... All this shaky housing and communal services system, inherited mainly from the USSR, and sometimes even from pre-revolutionary times, is dying loudly and with a bang not only in the Donbass, but also in Ukraine, in the Baltic States, in cities and towns of Russia. And it has not been possible to save it by simply pouring tens of billions into it for twenty years now: it is necessary to change much more conceptual “resources”. Namely - the consciousness of citizens who kill this very housing and communal services from both sides - both as subscribers and as operators of the system.

Because a careless attitude to one's own housing and energy resources, as well as the belief that someone should come and fix everything (so that later it could be broken and wasted again) is also a common problem in the post-Soviet space. I remember the 90s, when citizens were actively destroying power lines, taking away reclamation systems for building materials, cutting irrigation systems and entire workshops into metal with the same enthusiasm as they carried everything that was bad from their native plant. And now little has changed in their heads. It's just that the police work better and the objects of theft themselves have become much smaller. Everything has already been stolen before us, but people still try.

And no condominiums or housing cooperatives en masse can help here either. So far, only a few of us understand that responsibility for their own housing does not end with replacing traffic jams and repairing plumbing, but the housing itself - with an entrance or, at best, an entrance door. That we must come to terms with reality: housing and communal services in its traditional form is a rudiment, and everyone will have to spend and take care to keep it in a more or less alive state. Because this is better than chronically sitting without water and waiting for help from the water utility, which will not come, because there are dozens of gusts every day. By the way, I would like to remind the singers of the Soviet era how everyone, from schoolchildren to pensioners, regularly worked hard at subbotniks, exceeded the norm and helped the production (and the world around the world) as much as they could, and it was not so easy to refuse, but few were whining ...

There is simply no one to work ...

Over the past decades, we have worked together to destroy utilities, turning them into marginalized structures. The government, for its part, spent money on itself (politics, elections, administrative expenses) and a little on “protected items” - pensions, state employees, etc. The remaining pennies went to public utilities, which against the background of a total lack of funding, theft and destruction infrastructure and dreadful amounts of nonpayment turned into a haven for those with nowhere else to go. Or for resourceful and handy craftsmen who simply used their own housing office to get covens or even open their own business.

The state “saved” on financing housing and communal services and allowed the population to “save” on tariffs: of course, because the issue is political, and even in Ukraine it took two “Maidans” to stop artificially restraining tariffs and even start trying to make money on subscribers. But the trick did not work out: the population, accustomed to paying (and it is better not to pay at all) at penny rates, moreover, faced with the economic consequences of the 2014 coup d'état, did not pay. As a result, we are talking about some crazy amounts of debt.

According to the situation at the beginning of September 2020, the population of only one part of the LPR controlled by Ukraine owes money for utilities: for the supply and distribution of natural gas - UAH 1,207 billion, for heating and hot water - UAH 519,7 million, for water and sewage - 145,4 , UAH 139,9 million, for the management of an apartment building - UAH 44,9 million, for the supply and distribution of electric energy - UAH 24,3 million, for the provision of services for the removal of household waste - UAH 2081,2 million. The total debt in Ukraine for housing and communal services is about UAH XNUMX billion. So "European" tariffs are not a panacea, they still need to be obtained, which implies a radical change in the attitude towards housing and communal services not only of the government, but also of consumers.

Considering that in the LPNR not only salaries are several times lower than in Ukraine, but also the tariffs are close to the minimum (since the republic receives gas and electricity from Russia at special rates, lower than in the Russian Federation itself, the cost of 1 kW * hour is from 0,8 to 1,09 rubles, one cubic meter of natural gas - 2,3–2,6 rubles). The average payment is still about 900-1200 rubles a month, so the situation with tariffs can be considered "consistently difficult", and utilities, even for these pennies, in the literal sense of the word, non-stop repairing their unfortunate economy. Therefore, the recent calls to “not pay” are quite worthy of the most severe punishments: in order to finish off the republics' housing and communal services, which are already close to death, very little is needed.

Indeed, the issue of control over officials (they are really unprepossessing in the LDNR, but where to get others after 23 years of Ukraine and 6 years of timelessness?) Becomes only more relevant, and there is even a possibility that the government in Lugansk and Donetsk will soon reach that for really effective control over public utilities, it is necessary to involve some civil institutions. But if at the same time they do not begin to severely punish not only officials, but also those who contribute to the destruction of infrastructure or do not pay the bills, everything will be useless. Bolivar cannot bear two: if the population does not realize its own responsibility and does not change attitudes, all efforts will be wasted. Simply because too many will continue to throw construction waste into the tank, and potato peelings into the sewers, turn on all available electrical appliances at the same time and plant gardens under high-rise buildings, and arrange mini-workshops in garages. In general, the infrastructure of Donbass needs to be dismantled together, but so far there has been no progress, understanding, or at least a frank conversation on this issue.

Ctrl Enter
Noticed oshЫbku Highlight text and press. Ctrl + Enter
We are
Situational analysis of the death of the MH17 flight (Malaysian Boeing 777), made on the basis of engineering analysis from 15.08.2014Results of the week. “In our cooperative, the board is always agreed”
24 comments
Information
Dear reader, to leave comments on the publication, you must to register.