"It is important to implement NATO standards": for the first time in history, the titles of brigadier generals were awarded in Ukraine 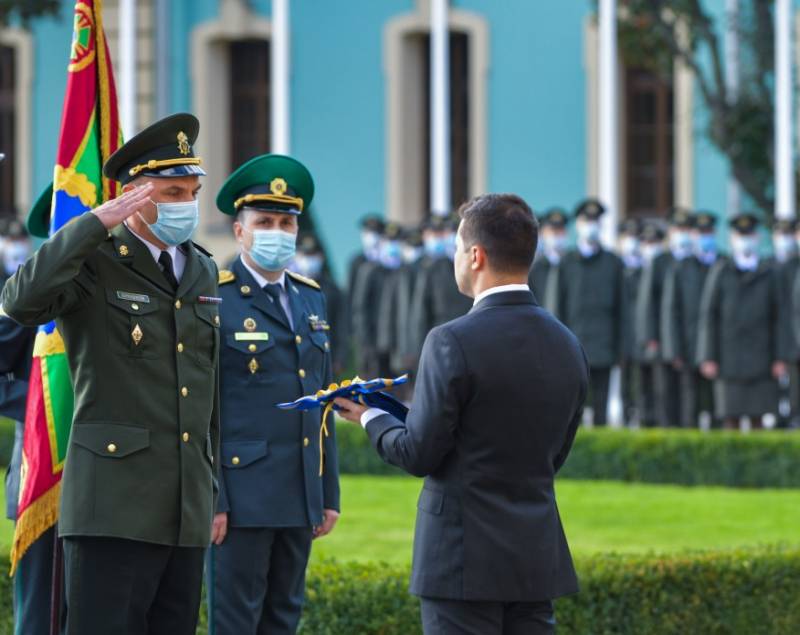 The Day of the Defender of Ukraine, celebrated today in the neighboring country, was decided to be celebrated by assigning military ranks and honorary titles to military formations. For the first time in stories brigadier generals appeared in the Ukraine. This rank in the military regulations of the Armed Forces of Ukraine and other power structures was introduced on the basis of "NATO standards".


On the basis of the decree of the President of Zelensky, the ranks of brigadier generals today (on the occasion of the holiday) were awarded to: Colonel Alexander Gruzevich, Deputy Chief of Staff of the Ground Forces Command; Colonel Volodymyr Karpenko, Commander of the Logistics Center of the Ground Forces Command; Colonel Vadim Chenchik, Deputy Head of the State Border Service; Colonel Vyacheslav Yaschenk, First Deputy Head of the Department of Operational Documentation of the Security Service of Ukraine, Colonel Alexei Omelchenko, Head of the Main Internal Security Department of the SBU, Colonel Andrey Naumov.

Today we are focused on maximizing the development of the Ukrainian army. We are increasing spending on the security and defense sector of Ukraine. We are actively working to strengthen the defense capability with our international partners.

Today, the President of Ukraine has assigned honorary titles to three "military units of the National Guard". So, the 3rd operational brigade was named "Colonel Pyotr Bolbochan". The 40th regiment is named after Danila Nechai, and the 16th regiment for the protection of public order is named after Major General Alexander Radievsky. 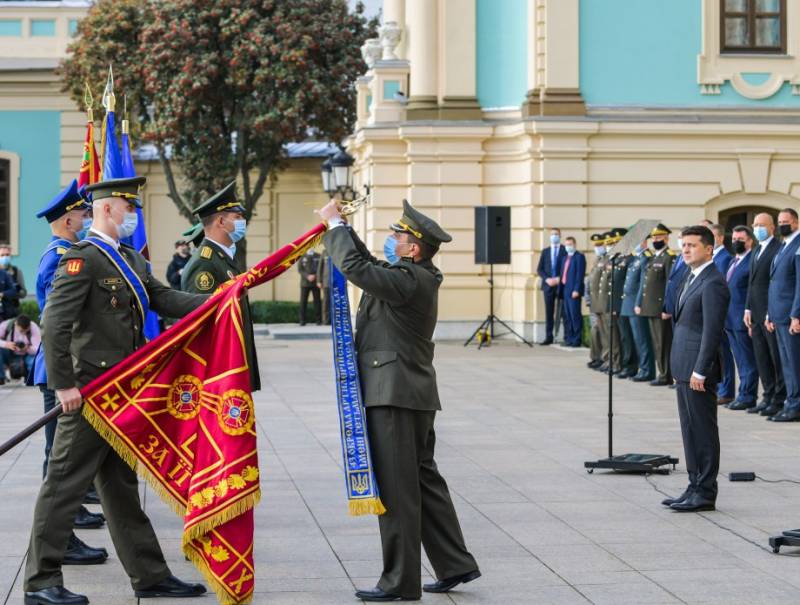 According to Zelensky, for the country's army "it is important to implement NATO standards and the interoperability of our troops with the troops of the alliance."

Recall that Defender's Day in Ukraine was postponed from February 23 to October 14, stating that this is one of the steps towards "decommunization and de-Sovietization." At the same time, even today, at least 40% of Ukrainians, as polls show, continue to congratulate men on the holiday on February 23.

Ctrl Enter
Noticed oshЫbku Highlight text and press. Ctrl + Enter
We are
Summary of the week from voenkor Mag about events in the DNI and LC 21.04.18 - 27.04.18Summary of events in the DPR and LPR for 14.04.18 - 20.04.18 from the military commissar "Mag"
57 comments
Information
Dear reader, to leave comments on the publication, you must to register.