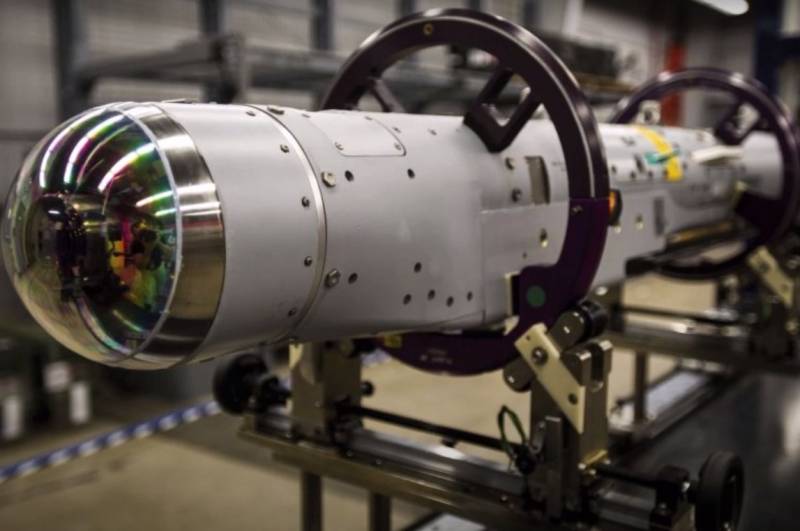 The US military has approved the Raytheon GBU-53 / B StormBreaker. It is planned to be used on F-15E Strike Eagles aircraft.


Raytheon announced a major StormBreaker event on October 13, 2020. In theory, the bomb was supposed to be put into service in August 2020, but the timing has shifted somewhat due to problems with the software and the guidance system. It also required a number of safety issues related to the bomb's tail fins to be addressed.

According to the director of the StormBreaker program at Raytheon Missiles & Defense, Christie Stagg, the bomb has performed well during numerous tests. In this case, the most difficult scenarios were tested, including difficult climatic conditions. The bomb is now finally ready to be installed on US Air Force planes.

The GBU-53 / B, originally known as the Small Diameter Bomb II (SDB II), has a three-mode guidance system capable of detecting targets using thermal infrared radar. Depending on the flight altitude of the aircraft from which the bomb will be launched, it can also independently plan, relying on the capabilities of the GPS-supported inertial navigation system, after which it can find and hit the target. According to Christy Stagg, this provides excellent capabilities to engage both stationary and moving targets at night or in bad weather.

The US Air Force Command is also pleased with the new bomb. The bomb is ready for use, according to Colonel Jason Rusco, the chief of logistics for the United States Air Force Arms Administration, who runs the SDB II program. The colonel noted that the many years of work of the US military-industrial organizations ended with the creation weaponsunrivaled and capable of changing the rules of the game in the national defense system.

The bomb's capabilities become even more effective when installed on F-15E aircraft. One Strike Eagle will be able to carry up to 28 bombs in total. Although the F-15E is the first aircraft to be allowed to use the GBU-53 / B, the US military plans to plant bombs on other aircraft in the future. In particular, this year the bomb was tested by a sea aviation US Navy from F / A-18E / F Super Hornet. These tests, by the way, were captured in the video that we demonstrate below.


In the foreseeable future, StormBreaker will be integrated into all three variants of the F-35 Joint Strike Fighter. These air vehicles are capable of carrying bombs inside, which will allow them to use it in those conditions when maximum stealth is needed. The addition of the StormBreaker to the F-35's arsenal significantly increases the combat capabilities of these aircraft. In addition, it is possible that the bomb will be adapted for use from unmanned aerial vehicles and stealth bombers.

It is not for nothing that Paul Ferraro, Vice President of Raytheon Missiles & Defense Air Power, gave positive assessments of the new bomb. He stressed that the StormBreaker provides unprecedented opportunities for pilots in the field.

This weapon gives pilots a significant advantage - the ability to engage sea or ground maneuvering targets at a great distance and in adverse weather,
- stressed Ferraro.

Ctrl Enter
Noticed oshЫbku Highlight text and press. Ctrl + Enter
We are
The United States for the first time dropped the “smart” aerial bomb GBU-53 StormBreaker from a carrier-based bomberRaytheon unveils StormBreaker's latest GBU-53 smart bomb for the F-35
62 comments
Information
Dear reader, to leave comments on the publication, you must to register.