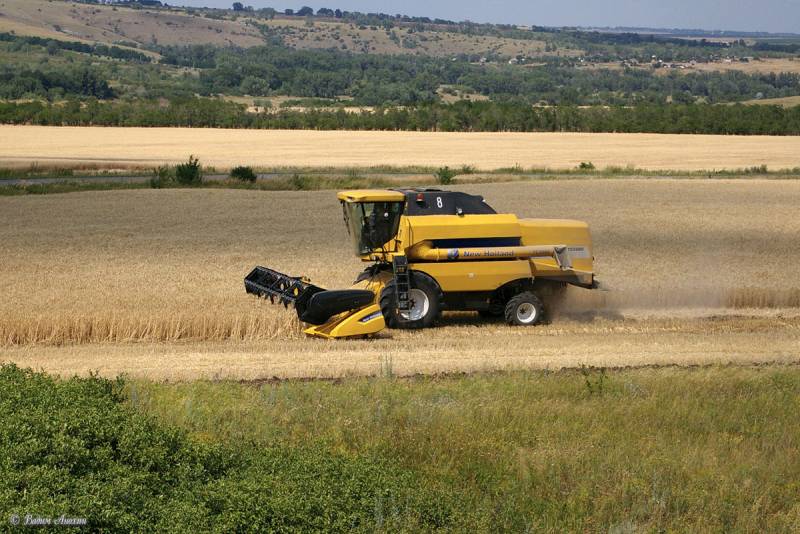 Whatever hardships befell the domestic economy in connection with the coronavirus pandemic and other world problems, Russians are definitely not in danger of hunger. The results of the harvesting campaign, which the agrarians of our country are almost completing, allow us to speak about this with all confidence.


As the head of the Russian Ministry of Agriculture Dmitry Patrushev said at the end of last month, even though the spring field work had to be carried out by the village workers in the midst of the pandemic, 100 hectares were sown more than last year. As for the rates of harvesting the cultivated and the level of yield, they, according to the minister, "significantly exceed last year's level."

I must say that initially the Ministry of Agriculture's forecasts for the current harvest were rather cautious: it was about expectations of 122 million tons of grain. Somewhat later, in accordance with the updated realities, the bar was raised to 125 million. It was expected to be the second largest harvest in the entire history Russia (so far the maximum achievement remains 135,5 million tons collected in 2017), however, as far as we know from the most recent statistics, this volume has already been exceeded.

By October 3, 2020, cereals and legumes have already been threshed on an area of ​​almost 45 million hectares, which is 93,3% of the total sown area. Not 125, but all 128,8 million tons of grain were sent to the bins, the yield of which was 28,8 centners per hectare. Most likely, the estimates voiced by Patrushev for a harvest of 82 million tons of wheat alone will also be exceeded, which will allow farmers to report on "overlapping" last year's level by at least 7-8 million tons.

The Ministry of Agriculture expects no less success in other areas of the supervised industry. Oilseeds and potatoes, so valued by all of us, are predicted to be harvested at least 22 million tons. The vegetable harvest should surpass the level of 14 million tons, of which one million and a quarter will come from greenhouses. According to Mr. Patrushev, such a result will be achieved for the first time.

Even the drought, which hit the South of the country and some regions of the Urals this year, failed to spoil the picture. Poor crop production there is more than compensated for by an increase in yield by more than 70% in the central regions of Russia and in the Volga region. All this, of course, will allow not only to fully meet the country's domestic needs for food and agricultural products, but also to count on considerable profits from its sale abroad. The Ministry of Agriculture, even before exceeding expectations, spoke about the planned grain export of 45 million tons, of which 35 million will come from wheat.

Without a doubt, to a large extent, the success of domestic farmers is facilitated by their complete provision with everything necessary to obtain such high yields: mineral fertilizers, agricultural machinery and others. In this regard, one cannot but mention the promise made by the head of the Russian government, Mikhail Mishustin, to the workers of the Rostselmash plant during his visit on October 2 this year.

While touring a number of regions of the country as part of familiarization with the results of the harvesting campaign, in Rostov-on-Don, the prime minister voiced the authorities' intentions to continue to provide financial support to domestic producers of agricultural machinery. This year its amount is quite impressive - 14 billion rubles, 4 of which are allocated to Rostselmash. All in all, according to Mishustin, state investments in support of the agro-industrial sector amount to 280 billion rubles.

Well, the concrete effect of these investments is obvious. The high and even record results demonstrated by Russian farmers for the fourth year in a row indicate that this industry in our country is developing in the right direction.

Ctrl Enter
Noticed oshЫbku Highlight text and press. Ctrl + Enter
We are
About Stalin and KhrushchevWhat you didn't want to know about England
Military Reviewin Yandex News
Military Reviewin Google News
209 comments
Information
Dear reader, to leave comments on the publication, you must to register.