Armenian President: "There will be peacekeepers if the two sides agree" 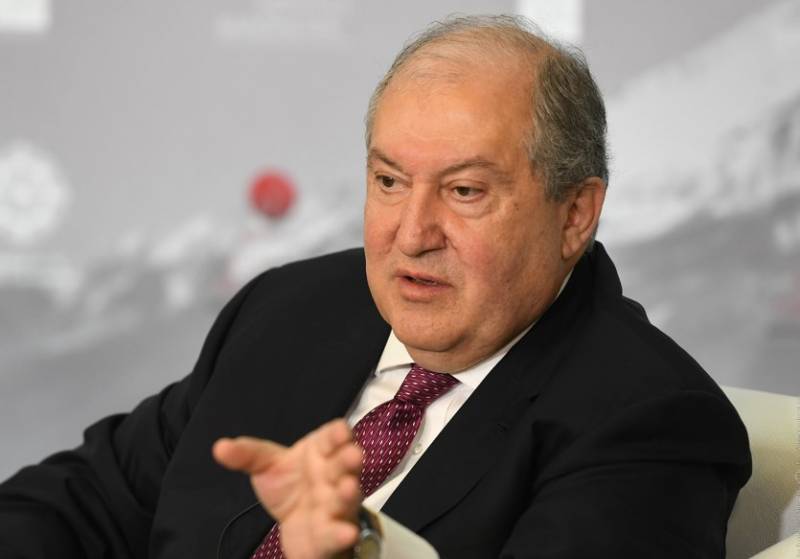 The meeting of the OSCE Minsk Group Co-Chairs and Armenian Foreign Minister Zohrab Mnatsakanyan, held in Moscow, has ended. A statement was made there.


This was reported by the press service of this international organization.

The co-chairs called on Baku and Yerevan to immediately agree on a mechanism for monitoring the fire compliance regime in order to be able to exchange prisoners and bodies of those killed. They also noted that the death of civilians should not be allowed.

After consultations with Armenian Foreign Minister and Azerbaijani Foreign Minister Jeyhun Bayramov, the OSCE Minsk Group is trying to establish a political settlement process and create conditions for peaceful negotiations.

The Azerbaijani Foreign Ministry declares its readiness for negotiations and criticizes the statements of the Armenian Foreign Ministry. Baku declares the inadmissibility of the recognition of Nagorno-Karabakh, which they call "an illegal regime created by Armenia in the occupied territories of Azerbaijan."

Armenian President Armen Sarkissian gave an interview to the Russian TV company RT. One of the topics touched upon in the conversation related to the possible introduction of a peacekeeping contingent into Nagorno-Karabakh.

Sargsyan stated that he does not exclude this option either:

As president, I am open to any idea. There are no restrictions on this issue. There will be peacekeepers if the two sides agree.
He noted that everything depends on the upcoming peace talks. If the parties are able to agree, then it will be possible to discuss other issues, including the introduction of peacekeepers.

Ctrl Enter
Noticed oshЫbku Highlight text and press. Ctrl + Enter
We are
Press Service of the Ministry of Foreign Affairs of the Russian Federation published the full text of the agreement with the United States on SyriaNew war in the Caucasus be?
27 comments
Information
Dear reader, to leave comments on the publication, you must to register.