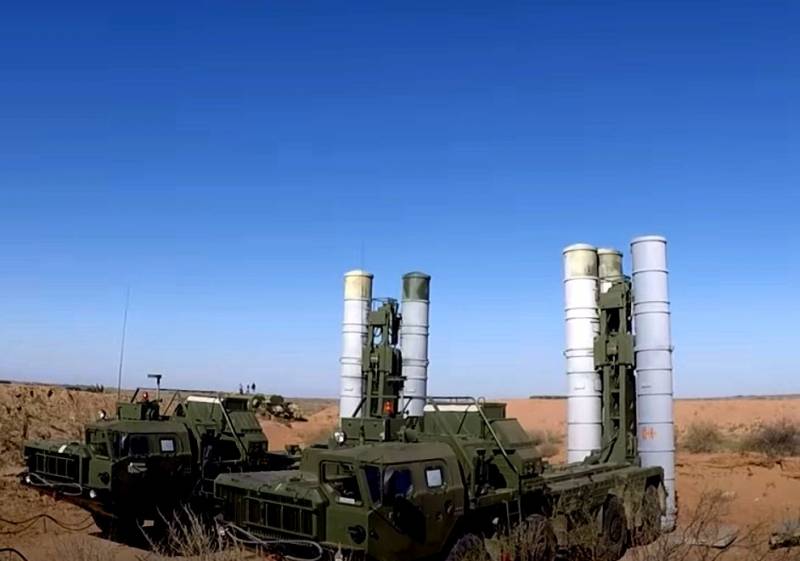 In the near future, Turkey expects to conduct additional tests of the Russian S-400 air defense system. It is not clear yet whether these plans of Ankara are connected with a new armed conflict in Karabakh.


As you know, the decision to purchase the S-400 air defense system from Russia caused a storm of indignation among Turkey's main NATO partner, the United States. Nevertheless, Recep Erdogan did not follow Washington's lead and the S-400s were nevertheless delivered to Turkey. For this, the United States excluded Turkey from the F-35 fighter program.

After the delivery of the S-400, the Turkish military began testing them. First, Turkish F-16 and F-4 aircraft simulated an attack by Ankara and were spotted by S-400 radars. Then a Greek F-16 plane, returning from NATO exercises, hit the radar field.

In early October this year, the Turkish command deployed the S-400 to the Black Sea, to the Sinop region. It is here that they are going to be checked again. Meanwhile, a number of foreign mass media are already expressing concern about the possible preparation of the S-400 for participation in a new armed conflict in Transcaucasia, if it goes beyond the borders of Karabakh and Turkey joins it. In this case, the S-400 can be used against the Russian aviation.

As Al-Jazeera writes, unlike the Patriot, the S-400 air defense system can hit several aircraft at once at a distance of up to 400 kilometers. This means that with the help of the S-400 Turkish air defense "covers" most of Syria. Moreover, the S-400 battery stationed on the Syrian-Turkish border is capable of striking aircraft in the Damascus region and even Beirut. Naturally, Russian planes heading to the Khmeimim base in the Syrian province of Latakia are also hit by the battery.

It is not only Russia, Syria and Armenia that should worry about Turkey's possession of the S-400, but also Greece. Although Greece is formally Turkey's ally in the North Atlantic Alliance, in reality both countries have long viewed each other as possible adversaries. Greece operates the Russian S-300 air defense systems, and is very concerned about the appearance of a more advanced air defense system in Turkey.

With the help of the S-400, Turkey can control the entire Aegean Sea and the Eastern Mediterranean. Worth remembering history the late 1990s, when Cyprus acquired the S-300 from Russia. Then it was Ankara who protested against the deployment of air defense systems in Cyprus, claiming that with their help, Cyprus will be able to control southern Turkey. As a result, the S-300s were transferred to Greece and deployed in Crete.


The video showed the passage of the S-400 air defense missile system through the streets of a Turkish city. Here, on the Black Sea coast of the country, Ankara is going to once again conduct combat tests of the Russian air defense system. To ensure the safety of the tests, appropriate recommendations were given to civil aviation.

So far, writes Al-Jazeera, it is not very clear where the Turks will deploy the S-400. But in any case, their presence in service with the Turkish army has now added problems to Russia. At first, Moscow hoped to win from a lucrative contract and at the same time demonstrate to the United States its growing influence over Turkish President Recep Erdogan, but now the sold S-400s can be used anywhere - in Syria, Libya, in the Caucasus.

Being extremely effective, the S-400 air defense systems significantly increase the combat potential of the Turkish air defense, which now has practically no competitors in the region, except perhaps Israel or Iran. The latter, by the way, should also be worried, taking into account the centuries-old and not stopped to this day confrontation with Turkey for political influence in the Middle East and Transcaucasia.

Probably, at one time it was necessary to think more carefully about all the possible consequences of profitable contracts. For example, the same USA does not supply weapon to their potential adversaries, especially the weapons that would allow them to act effectively against the American army or its allies.

Ctrl Enter
Noticed oshЫbku Highlight text and press. Ctrl + Enter
We are
Reports from the militia of New Russia for 27-28 September 2014 of the yearRussia is taken to the Golden Billion
89 comments
Information
Dear reader, to leave comments on the publication, you must to register.