Unimpeded defeat of the 36D6 radar and the self-propelled 5P85S launcher of the Armenian S-300PS: a reason for the pompous reports of the Azerbaijani media or just another delusion? 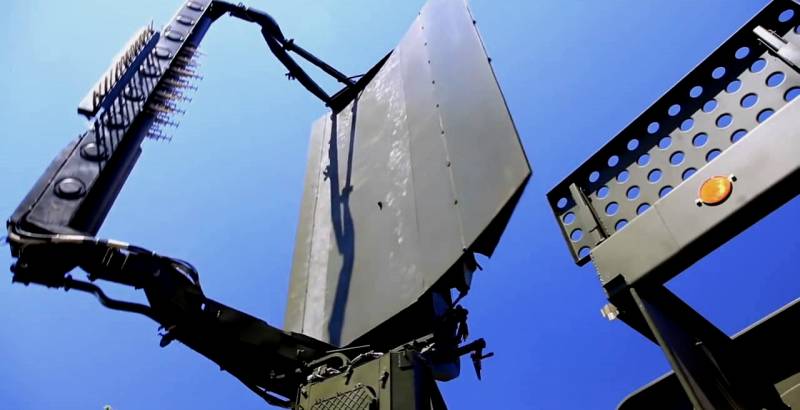 Undoubtedly, captured by dual-band turret (TV / IR) optoelectronic complexes of UAV-kamikaze IAI "Harop" of the Azerbaijani Armed Forces unhindered strikes against the 36D6 (19Zh6) radar detector and the 5P85S self-propelled launcher, which is part of the C-300PS air defense missile system of Armenia area of ​​the settlement Kahnut, has become one of the most discussed events in domestic and foreign military-analytical forums since the completely technically justified disabling of the 96K6 Pantsir-C1 anti-aircraft missile and gun system of the Syrian Arab Republic's air defense forces by means of a massive strike by even more subtle Israeli strike and reconnaissance kamikaze drones "SkyStriker" from the military-industrial company "Elbit Systems".


In the Azerbaijani segment of the Internet, this news was greeted with endless victorious reports in the style of "The Azerbaijani Armed Forces destroyed the S-300 air defense missile system using cheap drones for the first time in world practice," as well as with full confidence of observers and military experts that in the future (in the case of expanding the active sector of the South Caucasian TVD) a similar fate will befall the remaining S-300PT / PS anti-aircraft missile battalions, which form an anti-missile "barrier" over Yerevan and adjacent marzes (regions) of Armenia.

At first glance, the jubilation of Azerbaijani bloggers in connection with the incident has good reason. In particular, if, in the course of striking the Syrian anti-aircraft missile and artillery complex "Pantsir-C1", the combat crew of the last advance detected an approaching detachment of several UAVs "Sky Striker" using the 1PC1-1E detection radar (or a more modern modification of the RLM SOC), after which the coordinates of the attacking drones were transferred to the 1PC2-1E "Helmet" centimeter guidance radar and the 10ES1-E optoelectronic complex with further interception by 57E6E anti-aircraft missiles (albeit unsuccessful, since the operating "Pantsir" alone did not have enough target channel to intercept the order from several "SkyStrikers"), then in the situation with the raid of kamikaze drones "Harop" ("Harpy") on the position of RLO 36D6 and the launcher 5P85S, attached to the Armenian air defense missile system S-300PS near the settlement. Kahnut, we observe a diametrically opposite result.

Based on the video footage captured by the turret optoelectronic complexes (also perform the function of multispectral IR / TV seeker) kamikaze drones "Harop" at the terminal sections of the trajectories, it is easy to come to the final conclusion that being in standby mode (review of the airspace for the appearance of means of aerospace attack of the enemy), the 36D6 radar detector (ST-68U / 19Zh6) was never able to track and “tie the tracks” approaching the S-300PS battalion of two "Harop" with the further issuance of target designation to the 5N63S combat control point with a radar illumination and guidance 30N6E (up to the entrance of the first into the "dead zone" of the complex, which is 5 km and determines the minimum range for the use of missiles 5V55R).

Terminal section of the route of the UAV "Harop" before the defeat of RLO 36D6
This is evidenced by the fact that at the time of entry of one of the UAVs "Harop" into the "dead zone" of the S-300PS air defense missile system and the beginning of a dive on the 5P85S launcher, the latter continued to be in the stowed position, while in case of detection of attacking "Harops" the combat crew of the Armenian "three hundred" would immediately begin the process of capturing them for "precise auto-tracking" by means of the RPN 30N6E and the beginning of interception, which would be accompanied by bringing the PU 5P85S into a combat (vertical) position.

The following question arises: what is the reason for such a low efficiency of RLO 36D6 in work on such small targets as UAV IAI "Harop"? After all, it is well known that at one time the specialists of the Zaporozhye Design Bureau "Iskra" endowed an early modification of the 36D6 / ST-68U radar (letter "U", simplified) with the following technological options:

- firstly, a high-energy microwave klystron of the upper S-band of decimeter waves (with 4 frequency "steps" of operation), providing an average power of the transmitting path of the order of 350 kW, which contributed to increasing the detection range of targets with an image intensifier tube of 0,1 sq. m up to 175 km (when operating at an altitude of 10000 - 15000 m);

- secondly, a unique linear-parabolic (sector-cylindrical) antenna array with a vertically oriented linear module of emitters, changing the frequency parameters of which makes it possible to achieve lightning-fast variation of the elevation / lowering angles of 8 scanning beams in the elevation plane, as well as a fairly high noise immunity of the receiving path of the ST-68U radar against the background of aviation enemy of ordinary electronic warfare equipment (for example, AN / ALQ-99 suspended container radio countermeasures).

The answer to the above question is hidden in the modification of the 36D6 detection radar, which is in service with the Armenian air defense forces and attached to the S-300PT / PS air defense system. We are talking about an early version of the radar detector RLO - ST-68U, which (in contrast to the modernized radar 36D6M1-2) has a significantly smaller number of processed range samples, less sensitivity of the receiving path (against the background of artificial and natural interference), lower frequency selectivity of the primary device. processing of radar information and the presence of an analogue element base in the radio-electronic architecture. These shortcomings limit the minimum RCS of targets processed by ST-68U radars by a coefficient of at least 0,1 sq. m, while the effective reflective surface of the Israeli UAVs of the "Harop" family, apparently is about 0,05 square meters. m (due to the widespread use of composite materials and RPMs in the airframe design).

Meanwhile, in this case, it was possible to save the situation either by bringing the divisional radar for illumination and guidance of the 30N6E Armenian S-300PS into the sector view mode of the most missile-hazardous section of the eastern air direction (this "shooting" radar processes targets with an image intensifier of about 0,05 sq. M ), or by integrating into the radar architecture of the Armenian "three hundred" of the newest all-altitude detector (VVO) 96L6E, attached to the S-400 air defense system. Therefore, there are not so many reasons for jubilation in the Azerbaijani observer circles.