Vivarium for the Pentagon. Biological polygons of Ukraine 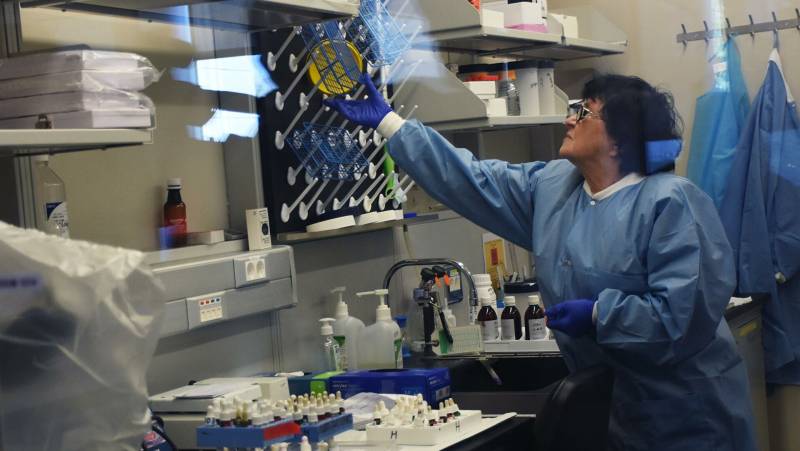 History with military biological facilities of the Pentagon on the territory of Ukraine, one should start with a small excursion. Since 1972, the USA and the USSR (Russia) have not officially been armed with biological weapons, but, naturally, suspect each other of violating the agreement. For example, many people still believe that in 1979 in Sverdlovsk the cause of the outbreak of anthrax was American sabotage. Bacillus strains of the pathogen, according to the well-known domestic biologist Supotnitskiy MV, could not appear in this area except with "foreign tourists". In the following decades, a powerful wave of discrediting Soviet and later Russian military biology eventually led to its decline. The defector Kanatzhan Alibekov made a significant contribution to this, announcing his version of the ins and outs of the Soviet biological program "Biopreparat". 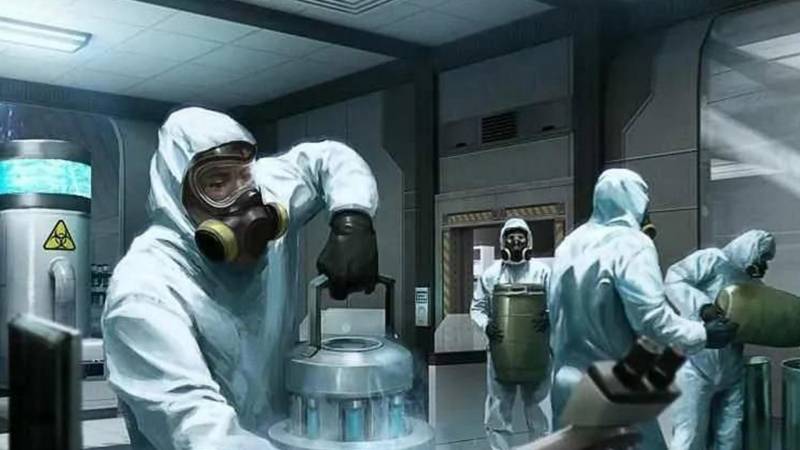 Source: newsru.cgtn.com
It was only in the early 2000s that the concept of biological containment was developed, which was equally beneficial to both Russia and the United States. Trying to act on an equal footing with the world hegemon, Moscow proposed the Protocol Treaty, which provided for inspections of biological laboratories not only in the United States, but in countries friendly to Washington. The Kremlin tried to coordinate checks of any laboratories around the world that only arouse suspicions of working with biological weapons. The "protocol" was rejected by the American side. This is the first indirect sign of Washington's seething military biological program in every sense. The second evidence of the active work of the Americans in this direction is given by the biologist M. V. Supotnitsky. In one of his articles, he cites the story of the mailing of envelopes with anthrax disputes to US senators at the end of 2001. Initially, the source was identified as Afghanistan (personally Osama bin Laden), which provoked the US anti-terrorist operation. An analysis carried out later showed the presence of silicon dioxide in the "talc-like substance" along with ulcer spores, the particles of which did not exceed 3 microns. It was a hellish mixture used by the Americans to equip ammunition with bioweapons and provide unhindered access to anthrax spores into the alveoli of the human lungs. As a result, the most severe inhalation form of an infectious disease developed. In addition, the strain of anthrax turned out to be the bacillus Ames, specially designed to be resistant to all common antibiotics. After that, does someone believe that such technologies were available to cave terrorists from Afghanistan? ..

All this backstory clearly shows that the United States had a biological weapons program in place twenty years ago. And for any experimental work in the field of biology, an extensive vivarium is required, which makes it possible to assess the influence of certain agents on living things. And Ukraine has kindly provided such services.

The United States has deployed over 400 biomedical laboratories around the world. The main official reason and purpose of the Americans' work is to protect the health of the population of the region and study local pathogens. There are at least 15 such centers in Ukraine now operating under the leadership of the US military. They were first talked about in 2005, when Yushchenko facilitated the signing of an agreement between the Ukrainian Ministry of Health and the United States Department of Defense. The very configuration of the treaty suggests certain thoughts: the Pentagon will protect Ukrainians from infections, while their own doctors will not even be allowed into the territory of biolaboratories. You can relate differently to the period of Yanukovych's rule, but it was under him that the laboratories were temporarily frozen, and after the revolution, Poroshenko again gave the green light to the military from Washington. One of the points of the 2005 agreement was the obligatory transfer to the USA from Ukrainian laboratories of all new strains of viruses and microorganisms obtained in the course of the work. That is, the research was conducted not for the benefit of local residents, but to replenish the library of military biological objects of the US Army. For obvious reasons, it was difficult to carry out all such work in North America. All employees of such facilities, in accordance with the agreement, enjoyed diplomatic immunity. Openly about the existence of such "Pandora's boxes" in Ukraine started talking only this year and, apparently, under the impression of the global pandemic. Opposition Platform - For Life sent a request to Zelensky on the expediency of placing 15 biolaboratories (three in Kiev and Lvov, one each in Odessa, Kherson, Ternopil, Uzhgorod, Vinnitsa, Kharkov and Lugansk, two in Dnepropetrovsk). Each such object cost Washington an average of $ 1-2 million, and the most expensive was the Odessa laboratory of three million. According to Ukrainian deputies, who suspected their overseas partners of treachery, the Pentagon spends at least $ 2,1 billion on biological laboratories around the world every year. In Ukraine, each laboratory receives up to $ 2 million annually. Where does that kind of money go and for what purpose are biological laboratories built? Zelensky sent the request of opposition MPs to local diplomats from the United States. They remained silent in response, and the Opposition Platform had to send a request to the UN. In response, the US Embassy in Kiev acknowledged for the first time that Americans do work with dangerous pathogens in Ukraine, but there is no need to worry about this:

“Our joint efforts are helping to ensure that dangerous pathogens do not fall into the wrong hands. We are proud to cooperate with the Ministry of Health, the State Service of Ukraine for Food Safety and Consumer Protection, the National Academy of Agrarian Sciences and the Ministry of Defense "
.
In the best traditions of modern diplomacy, the Americans accused Russia of deliberately spreading misinformation and inciting opposition members of the Verkhovna Rada. 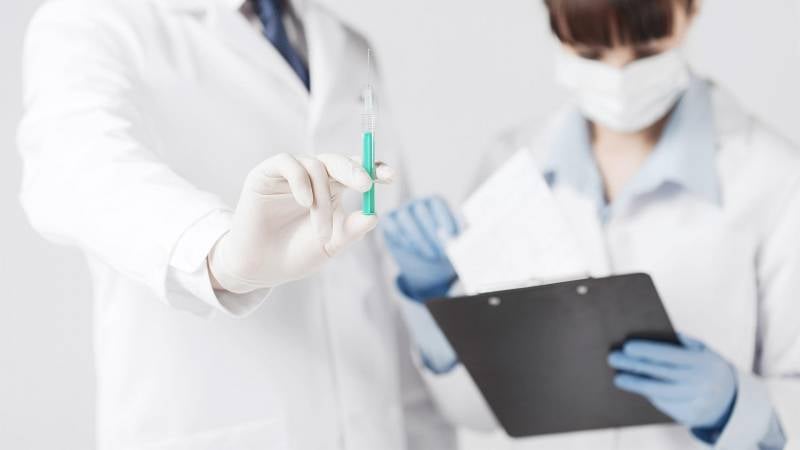 Source: iz.ru
The American diplomats kept silent about the causes of numerous outbreaks of serious infectious diseases on the territory of independent Ukraine. Meanwhile, in 2009 in Ternopil, an undetermined causative agent of hemorrhagic pneumonia killed 450 Ukrainians. In 2011 and 2014, there were two outbreaks of cholera with several dozen victims. And this, we recall, is not in a half-starved African country, but in fact in the center of Europe! You can scold the Ukrainian reality as much as you like, but it is hard to believe in such a low level of sanitary conditions in the country, which provoked an outbreak of cholera. Further - more and more varied. In 2016, 30 soldiers died from a virus similar to swine flu, and several hundred were hospitalized. In addition to the military, at least 354 civilians died from this flu during the year. Nobody will know how many people have suffered from this disease on their feet or in the hospital with an erroneous diagnosis. The rhetoric of the lack of American involvement in the outbreaks of fatal diseases looks very ambiguous against the background of accusations of Wuhan biologists by the US administration. If the Americans are actively and, apparently, very expensive work with combat viruses and bacilli, then why is China prohibited from doing this?

Now let's turn to Ukraine. The country has now recorded nearly 280 thousand cases of COVID-19 infection, which is more than any of its neighbors, except Russia. Firstly, the saturation of the Pentagon's biological laboratories did not help the country to cope with the waves of the pandemic, and it was biosafety that was one of the goals of locating facilities in Ukraine. On the contrary, healthcare turned out to be unprepared for such large-scale tests. At the same time, the Americans assure that the laboratories are increasing "Ukraine's ability to identify outbreaks of infections caused by dangerous pathogens and to notify them before they become threats to security or stability." However, now the most obvious salvation for Kiev is the introduction of a second blackout, but the young democratic state no longer has the funds for this. 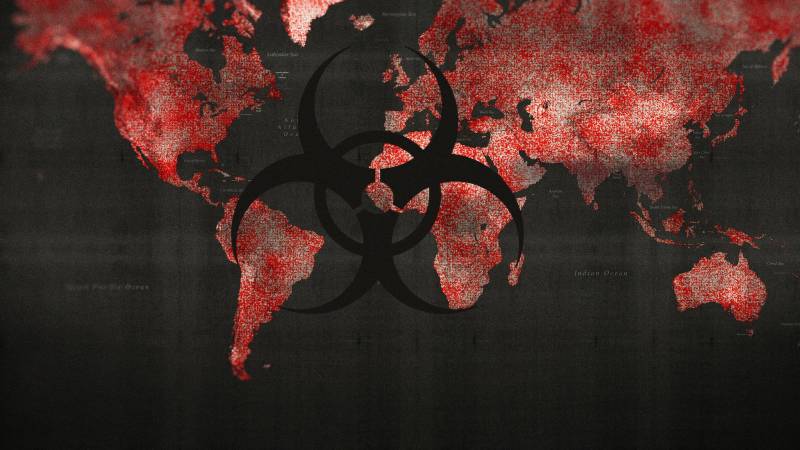 Source: news-day.info
Secondly, the situation with the rapid spread of coronavirus around the world raises questions about the safety of such vivariums on the territory of countries friendly to the United States. If from distant Wuhan the pandemic has grown to incredible proportions (only in Ukraine it has claimed more than 5 thousand lives), then what will happen in case of carelessness or an accident at American biological objects? 400 military biological laboratories around the world are not at all for protection, as the coronavirus pandemic has already shown. The annual multibillion-dollar investments in military microbiology were not enough to even defend their country, let alone the vassals. This means that the only purpose of such objects is biological warfare, which cannot be stopped by any conventions.

Ctrl Enter
Noticed oshЫbku Highlight text and press. Ctrl + Enter
We are
"Laboratory 257" and the cradle of new pathogens for the United StatesSituational analysis of the death of the MH17 flight (Malaysian Boeing 777), made on the basis of engineering analysis from 15.08.2014
Military Reviewin Yandex News
Military Reviewin Google News
41 comment
Information
Dear reader, to leave comments on the publication, you must to register.