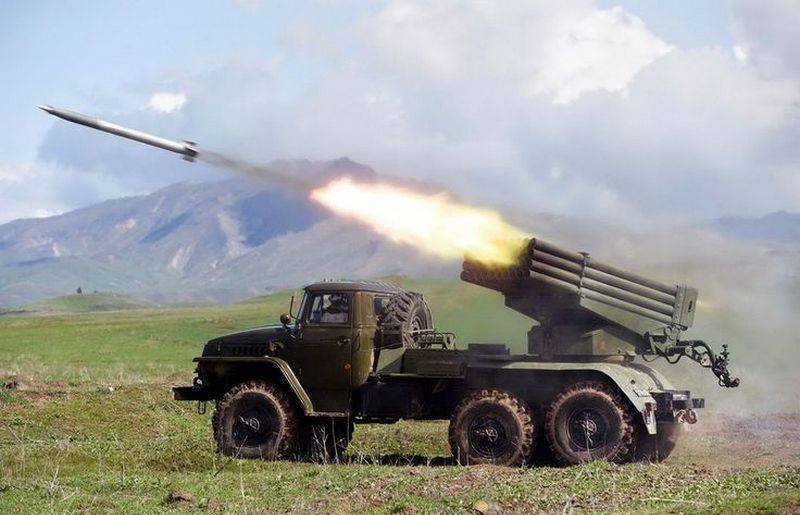 The modernized multiple launch rocket systems (MLRS) "Grad-M" will begin to enter the troops next year, 2021. Reported by "News" with reference to a source in the Ministry of Defense.


As the newspaper writes, the design of the upgraded vehicle remained unchanged, the main update concerned the fire control system. The machine is equipped with new modern electronic equipment, which makes it possible to independently carry out all calculations related to the launch, than the crew commander did before. In addition, the updated "Grads" are integrated into modern automated control systems, which allows the installation to be controlled remotely in real time.

Currently, the BM-21 Grad MLRS are gradually being replaced by the more advanced Tornado-G MLRS developed on the basis of the Grad. However, there are still about 500 Grad MLRS in service, and a certain amount is in storage warehouses.

Aleksandr Kochkin, deputy general director of the Tekhmash concern, announced last spring that all the BM-21 Grad MLRS remaining in stock will be upgraded to the level of the Tornado-G MLRS.

According to him, it was decided to use the scientific and technical groundwork obtained during the creation of the Tornado-G MLRS for the modernization of the Grad rocket systems in service with the army. At the same time, he specified that the modernization will be carried out simultaneously with the release of the new MLRS "Tornado-G".

MLRS "Grad" (9K51) is a 122 mm multiple launch rocket system designed to suppress manpower, unarmored and lightly armored enemy equipment, as well as to solve other problems depending on the prevailing situation. The MLRS was adopted by the army in 1963. The caliber of the shells used is 122 mm, the number of guides is 40 pieces, the maximum firing range is 20,4 km.