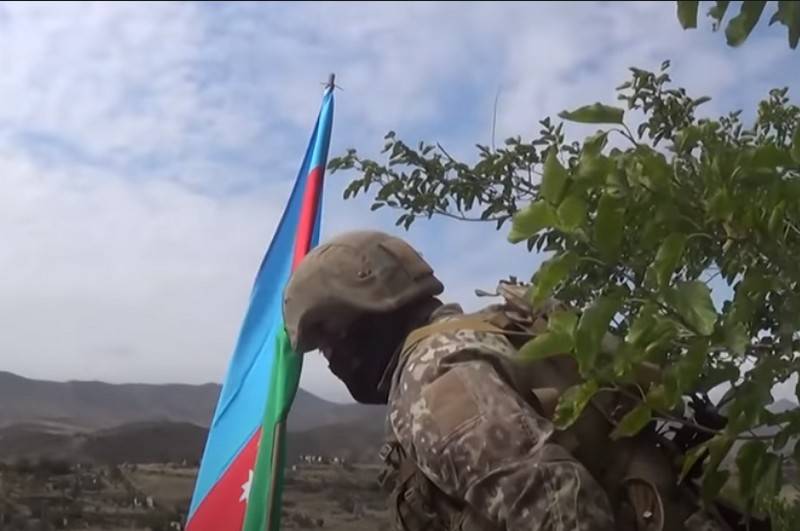 The authorities of the unrecognized Nagorno-Karabakh Republic accused the Azerbaijani army of continuing hostilities in the area of ​​the city of Hadrut. According to the press secretary of the president of the republic, Vahram Poghosyan, Baku continues to attack the city.

The enemy, concentrating large forces in this direction, is trying to invade the city. The defense army is fighting for every inch of land
- said Poghosyan, adding that the offensive of the Azerbaijani army units is being conducted in several directions at once. In response to the offensive, the defense army "retaliates."

At the same time, the Armenian Unified Information Center operating under the Armenian government published data on the losses of the Azerbaijani army since the beginning of hostilities. According to the cent, the Armenian army in Karabakh destroyed 514 armored vehicles and 168 drones of Azerbaijan. Losses killed from the side of Baku amounted to 4919 people. 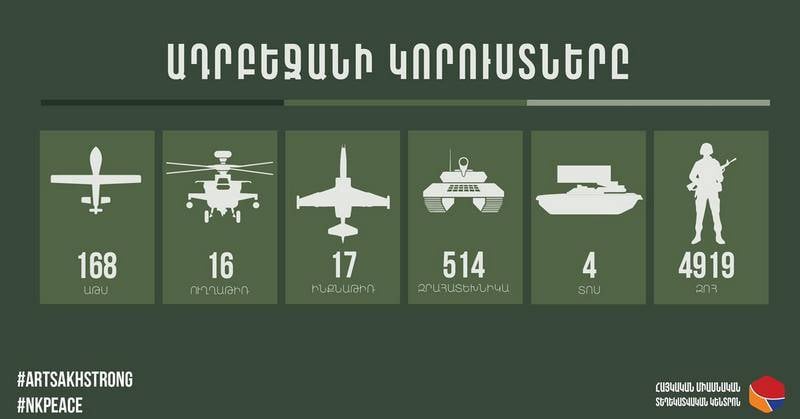 In turn, Azerbaijan reports about three destroyed today unmanned aerial vehicles of the Armenian Armed Forces. At the same time, it is specified that two of them were destroyed on the Armenian-Azerbaijani border.

Ctrl Enter
Noticed oshЫbku Highlight text and press. Ctrl + Enter
We are
Armenian President threatens to recognize the independence of the Nagorno-Karabakh Republic in the event of conflict escalationNew war in the Caucasus be?
79 comments
Information
Dear reader, to leave comments on the publication, you must to register.