They will not stop at provocations. What will the United States do against SP-2? 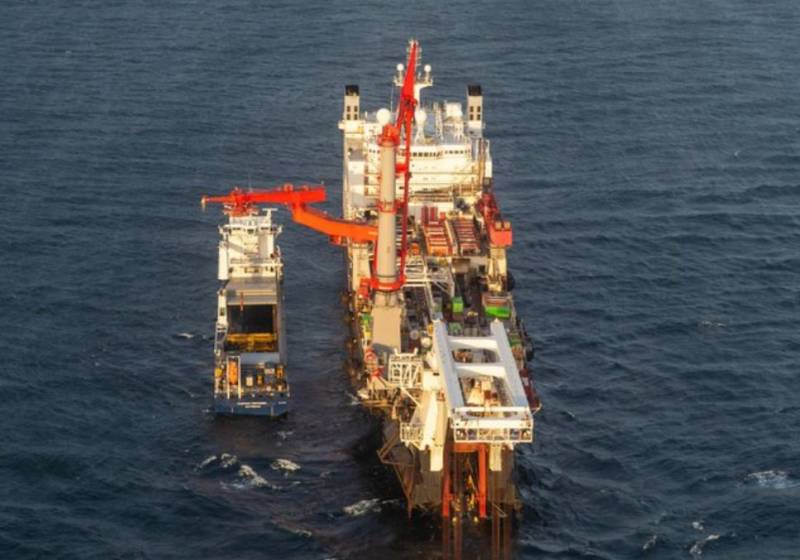 The confrontation between Russia and the United States and its satellites continues over the construction and launch of the Nord Stream 2 gas pipeline. There is no doubt that even if the SP-2 is completed, its opponents will not accept it.


Vanessa Desem of the American publication Bloomberg is convinced that due to the economic downturn caused by the coronavirus pandemic, the European market does not yet need large volumes of gas. So Angela Merkel and Vladimir Putin can take a kind of timeout for the construction of the gas pipeline.

Without Russian gas pipeline SP-2 in winter 2020-2021 Europe will cope, but next year, most likely, it will not be superfluous. According to Desm, the fact that the accelerated pace of construction is not needed now by either Moscow or Berlin is evidenced by the almost complete absence of a worthy reaction from the top leadership of the Russian Federation and the Federal Republic of Germany to the fine issued by Poland to Gazprom.

Meanwhile, delays in construction and launch could significantly weaken Russia's position on the European gas market. According to the American publication, now the European Union has diversified gas supplies, receiving it not only from Russia, but also from the United States, Qatar, and Algeria. Given the overall decline in gas prices, LNG has become more affordable, although pipeline gas remains cheaper, of course.

Another potential risk for Russia's position in the energy market is the search for new energy sources that are more environmentally friendly. Now the green parties across Europe are opposed to the construction of oil and gas pipelines. If earlier gas was considered as a more environmentally friendly alternative to coal, now the situation has changed: European ecologists are no longer satisfied with "blue fuel".

There is no doubt that the American authorities will try with maximum benefit to use influential European environmental organizations and green parties to prevent, if not the construction and launch, then at least the full functioning of Nord Stream 2.

Interestingly, in the United States itself, environmental movements do not enjoy the same influence on political life as in Europe. But in the European Union, the United States supports left-wing ecological organizations precisely as a tool to hinder the economic development of European countries. Now this tool has come in handy in the confrontation with Russia.

At the same time, a number of experts are convinced that if Europe now has no problems with gas reserves, then after the EU economy recovers from the consequences of the pandemic, these problems will appear. Then the delays in the construction and launch of Nord Stream 2 may start to negatively affect the situation in the European energy market.

The alternative in this case, according to the Americans, is to increase LNG supplies from the United States to Europe. That is, Uncle Sam's media do not even hide the main essence of American interest in the SP-2: ensuring competitive advantages for liquefied natural gas supplied from the United States.

Do not forget about the numerous provocations, starting from such a "joke" as история with the poisoning of Alexei Navalny and ending with bloody conflicts, which can be started in order to divert the attention of Russia and European countries from the gas pipeline.

The United States is a master at unleashing such wars and revolutions, and there is very little doubt that if it is necessary to prevent the launch of the SP-2, Washington will not hesitate to destabilize the situation in the countries bordering on Russia. The Belarusian events are just a warning from overseas "comrades", if necessary, the United States can provoke even more serious and tragic in their consequences situations, using carefully nurtured satellites on the western borders of our country.

Ctrl Enter
Noticed oshЫbku Highlight text and press. Ctrl + Enter
We are
Interview of V. Putin to Channel One and the Associated Press AgencyWhat you didn't want to know about England
62 comments
Information
Dear reader, to leave comments on the publication, you must to register.