France is not scattered with its "fragments" 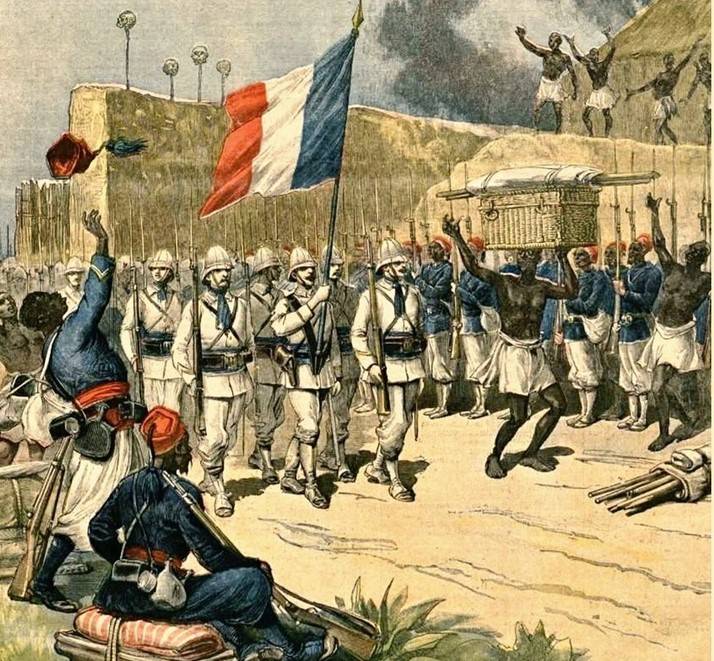 Caledonia is not a periphery

The recent (after 2018) referendum on the status of Pacific New Caledonia (almost 20 thousand sq. Km), the overseas territory of France, which was held the other day, again ended with the victory of supporters of preserving the archipelago as part of France. According to final data, 55% of the participants in the referendum voted for this.

The result is remarkable already because over 60% of the population in this part of France are “current” French settlers and Caldoshes, the descendants of former French settlers. Settlers began to arrive on the archipelago from the second half of the 1853th century, as France became the official owner of New Caledonia in XNUMX.

It is characteristic that other very numerous fragments of the French colonial empire, overseas departments and territories, do not need referendums. First of all, because France in the middle of the XNUMXth century chose to include in its composition almost all the remaining French territories abroad and their entire population.

And this was done with the appropriate financial and social guarantees and subsidies, as in European France. As a result, the level of economic development and living standards in these territories have long been the envy of neighboring independent countries. As independent as they are underdeveloped to this day.

Note that New Caledonia is almost 25% of the world's nickel reserves, about 20% of cobalt, up to 15% of copper ore. Plus there are also considerable reserves of manganese, chrome ores, bismuth, graphite, as well as mahogany and a number of other types of tropical wood. Therefore, the economic significance of the archipelago for France is also obvious.

The referendums there are due to the initiatives of radical groups of local Melanesians (Kanaks), the "first" indigenous people. But in Paris they are sure that high socio-economic parameters in this region also leave no chances for adherents of its independence. Therefore, the authorities hold periodic referendums, being confident in their pro-French result.

And all the territories of foreign France, as E. Macron noted in a statement following the results of the New Caledonian referendum, are "symbols of the strategic role of France as a great power, whose presence covers almost all regions of the world." That stems from the geography of the same territories.

It is also characteristic that at the end of the 1977th and the beginning of the 1978st centuries, Paris lost only the "French territory of Afars and Issas" in the Horn of Africa in XNUMX. Since July XNUMX, it is the Republic of Djibouti, the former French Somalia. But here to this day, the bases of the French Air Force and Navy remain.

Even the Djibouti franc is actually issued by the French treasury. And it is pegged at the rate not only to the euro, but also to the franc of the overseas territories and departments of Paris. France prefers, for obvious reasons, to issue its historical money for these territories, as well as for almost all of its African ex-colonies, and not to involve them in the transnational eurozone.

In short, the borders of France are still located in many regions of the world, which, naturally, irritates the Anglo-Saxon powers. This is confirmed by the repeated media reports of France and its foreign territories about the support of the USA, Australia, New Zealand for separatist groups in these territories.

However, in parallel with this, it is also regularly reported that Canada does not participate in such "events". For in Ottawa, they still fear the secession of the French-speaking Quebec, which is almost 25% of the Canadian territory, up to 25% of its population and a third of the total Canadian GDP.

And there, too, there are many groups advocating separation from Canada. And the geographical incentive for this is that the islands of Saint-Pierre and Miquelon, which belonged to France since the beginning of the XNUMXth century, are located not far from Quebec. They are called the French Gibraltar in the Western Hemisphere for a reason.

A noteworthy touch: shortly after the surrender of France to Germany, these islands at the end of 1941 planned to be captured by the American-Canadian landing. Not only General Charles de Gaulle, but also Marshal Petain (head of Vichy France) opposed. Moreover, both de Gaulle and Petain were supported in this matter by the leadership of the USSR.

Who is on the "colonial" register 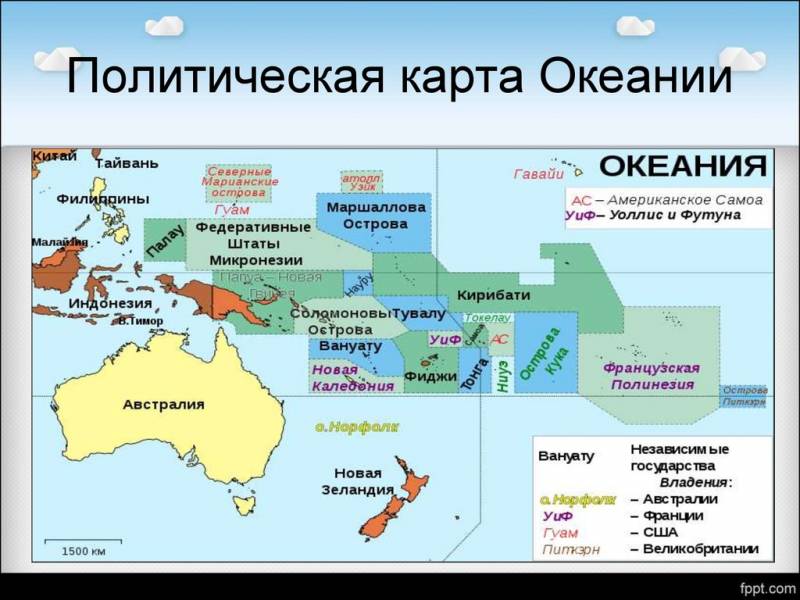 The well-known register of non-self-governing territories, which is maintained by the UN, constantly includes the largest French territories in the Pacific Ocean: French Polynesia and New Caledonia (with the absence of the small French islands Wallis Futuna and Clipperton in that register).

Although this register does not even include French Guiana with an area of ​​95 thousand square meters. km (South America), the largest foreign region of France with significant resources of gold, uranium, bauxite, manganese, tropical timber. There are no numerous French islands in the southwest and in the Antarctic region of the Indian Ocean, in the Caribbean, the same islands of Saint-Pierre and Miquelon in the same register. 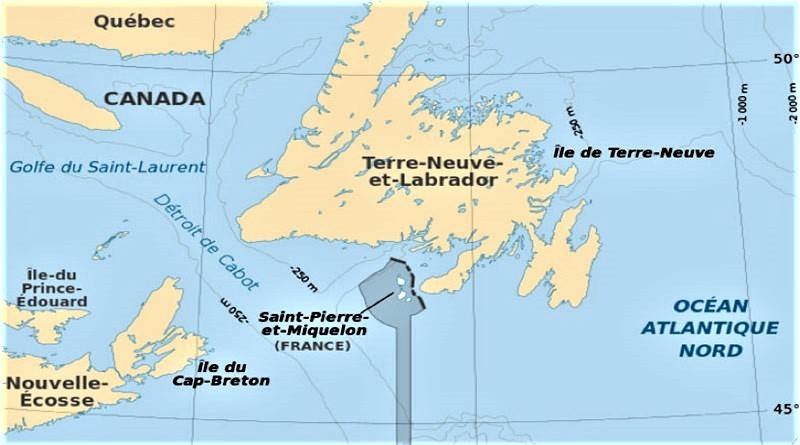 Well, taking into account the Pacific islands of Paris, France owns a third of the entire Pacific water area. And this third is located just at the intersection of the main transcontinental routes in the Pacific Ocean.

Therefore, the main local territories of Paris are annually entered, with the filing of Washington and Canberra, in the UN register of non-self-governing, that is, colonial territories. And since these are French colonies, France is still not allowed into the Asia-Pacific Community (APEC).

But the presence in the same list of the US colonies, the islands of Guam and Eastern Samoa, does not at all remove the US from APEC. But Paris is taking, it seems, "revenge" on almost half of the Indian Ocean, where there are also many French territories.

Namely, since 1984 there has been an Indian Ocean Integration Commission (IOC) initiated by France. It includes 4 administrative island territories of Paris in the southwest of the ocean (the largest: Mayotte and Reunion), ex-French Madagascar, the Republic of the Comoros, as well as ex-British Mauritius and the Seychelles. 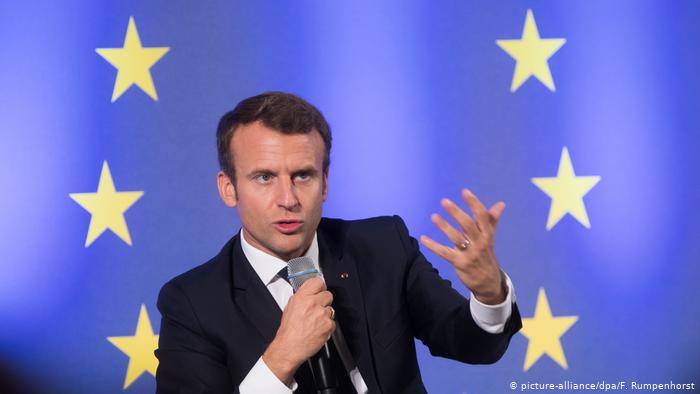 During the CIO conference in Saint-Denis (French Reunion Island) at the end of October 2019, Emmanuel Macron said that this structure “will expand its membership and will continue to stimulate integration processes in the Indian Ocean basin. That is fully supported by France, whose presence is unshakable in this basin ”.

According to available information, the local Antarctic French Southern Territory with the capital in Port François on the island is planning to soon enter the KIO. Kerguelen (also comprising the smaller islands of Saint Paul, New Amsterdam, Croisot), pro-French Djibouti, Eritrea, South Africa, the Republic of South Sudan, ex-British Swaziland.

In a word, the colonial fragments of Paris, integrated into France, are an economic and especially a military-political guarantee of its non-pro-American great power.

* Using the experience of Paris, Spain included six coastal regions of the former colonial Spanish Morocco, Portugal - its former colony of the island of Selvagens (160 km north of the Spanish Canary Islands), Great Britain - four regions in the south of Cyprus.

Ctrl Enter
Noticed oshЫbku Highlight text and press. Ctrl + Enter
We are
Situational analysis of the death of the MH17 flight (Malaysian Boeing 777), made on the basis of engineering analysis from 15.08.2014Results of the week. “In our cooperative, the board is always agreed”
17 comments
Information
Dear reader, to leave comments on the publication, you must to register.