In Ukraine: More than 120 Russian drones were shot down in Donbas 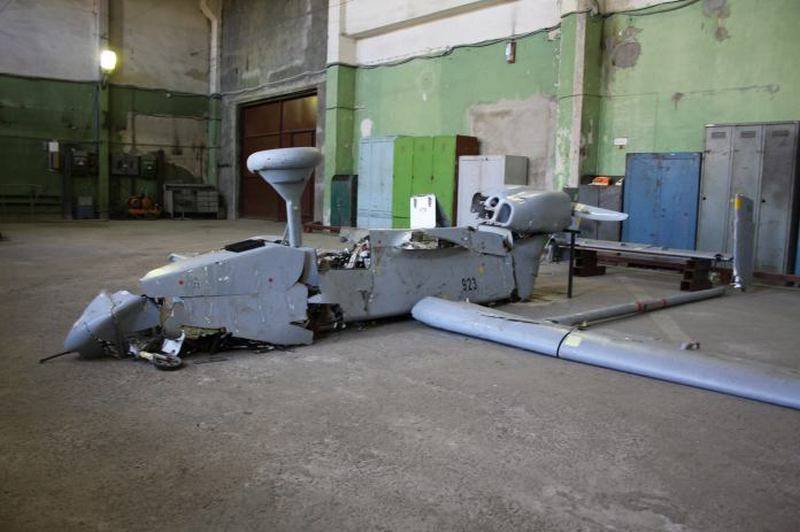 Russia has lost more than 120 unmanned aerial vehicles since the beginning of hostilities in the Donbas. According to the data presented in the Main Intelligence Directorate of the Ministry of Defense of Ukraine, almost all UAVs that Russia had were studied in Kiev.


Since the beginning of hostilities in 2014 in Donbass and to this day, the Ukrainian army has been able to shoot down more than 120 Russian drones, which in one form or another were captured by the Ukrainian Armed Forces as trophies. According to the GUR of the Ministry of Defense of Ukraine, at present, Ukraine has almost all types and models of Russian UAVs as captured samples.

(...) today we have almost all types and models of Russian UAVs as trophy samples, all of them have been disassembled to a screw and thoroughly investigated
- stated in the GUR MO of Ukraine.

According to statistics cited by the Ukrainian media, 45% of the drones were shot down by various air defense systems, including anti-aircraft guns and MANPADS, 40% were shot down by a rifleman weapons, the rest of the drones are on the account of electronic warfare (EW) systems. It is also noted that several UAVs fell on their own due to a technical malfunction.

The study of downed drones, in particular, shows that the Russian Federation is forced to replace foreign components with lower quality Russian and commercial ones, due to which the tactical and technical characteristics deteriorate and the reliability of the vehicles decreases.
- write the media.

Ctrl Enter
Noticed oshЫbku Highlight text and press. Ctrl + Enter
We are
Summary of the week from voenkor Mag about events in the DNI and LC 21.04.18 - 27.04.18Defense Ministry decided to buy 34 domestic UAV "Eleron"
125 comments
Information
Dear reader, to leave comments on the publication, you must to register.