Ministry of Defense of Azerbaijan: operational advantage along the entire front line of our army 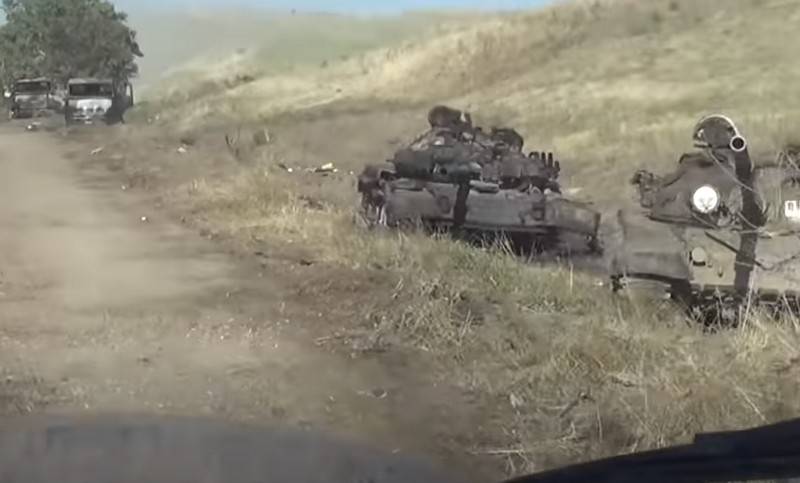 In the course of the past clashes in different sectors of the front, the Armenian army lost a large number of manpower, 3 BM-21 Grad MLRS, 1 T-72 tank and several vehicles. There is information that the commander of the battalion of the 246th regiment, Lieutenant Colonel Artur Grigoryan, is among the numerous losses.

(...) during the combat operations, the chief of artillery of the 9th regiment of the Armenian armed forces, together with the subdivision under his command, retreated from the Hadrut direction, and the personnel of the 5th battalion of the regiment, leaving the military equipment assigned to him in combat positions , escaped. In addition, the personnel of the 5th and 522nd regiments also retreated, leaving automotive and armored vehicles in position.
- said in a statement.

It is also reported that due to a communication failure in the defense sector of the 1st regiment of the Armenian Armed Forces, a firefight took place between the retreating units. The retreat of units of the Armenian army is noted in many sectors of the front. The Azerbaijani army has an advantage along the entire line of contact.