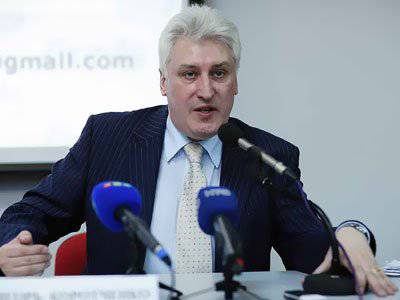 "Another space failure hurts the country's prestige, with regret we have to admit that serial failures are becoming the rule. The reasons are in the general state of the state." REGNUM’s editor-in-chief, National Defense magazine Igor Korotchenko, commenting on the unsuccessful launch of the Proton-M rocket, which caused the loss of communications satellites Express-MD2 and Telkom-3, stated this.

“The space industry is a derivative branch of the situation in the country. Considering that things are not going well in a number of areas, all this affects the space industry,” said Korotchenko.

He believes that, due to failures, the financing of the industry will not be curtailed. “On the contrary, we see that more and more money is allocated to space programs every year. And this is absolutely correct. At the same time, it is clear that fundamental changes are needed in the management system of Roskosmos and the space industry in general” - said the expert.

“I believe that the measures taken by the new head of Roscosmos, Vladimir Popovkin, are absolutely correct. We need a decisive fight against corruption, precise control over financial resources, their direction for targeted spending. Most importantly, the industry needs to be restructured, creating large vertically integrated holding companies in the space industry system as it has already been done in the defense industry complex, "said Korotchenko.

In general, the expert believes, Russia retains a certain potential, "it is not lost." “In particular, the new leadership of Roskosmos is currently developing a program of promising space themes for the country up to 2030. Such programs as ensuring independent access of Russia to space from Russian spaceports are named as top priorities. Two Plesetsk cosmodromes will specialize in military programs, the Vostochny cosmodrome - on civilian programs. At the same time, it is necessary to move away from dependence on Kazakhstan, from Baikonur. Obviously, we will maintain our positions there only in terms of commercial launches, POSSIBILITY, manned space programs, but the rest should be transferred directly to us here, in Russia put forward in the program objectives Roscosmos -. flight to the moon, creating there a constant current lunar station with periodic visits by astronauts and other items - are quite realistic, "- said the expert.

As REGNUM has already reported, Russian Prime Minister Dmitry Medvedev today, on August 9, stated at a government meeting that “it is impossible to tolerate further losses” that Russia bears in the space industry. "We are losing credibility and billions of rubles," he said.

According to him, next week there should be a meeting at which the responsible deputy prime minister should report "who to punish and what to do next."

Communication satellites - Express MD2 and Telkom-3 - were lost as a result of the unsuccessful launch of the Proton-M rocket, which could not put them into orbit. Roscosmos acknowledged that the spacecraft had now become space junk. The damage caused by the accident is estimated at about 6 billion rubles.

The media reported that layoffs are expected at the Khrunichev Center, where satellites were created.