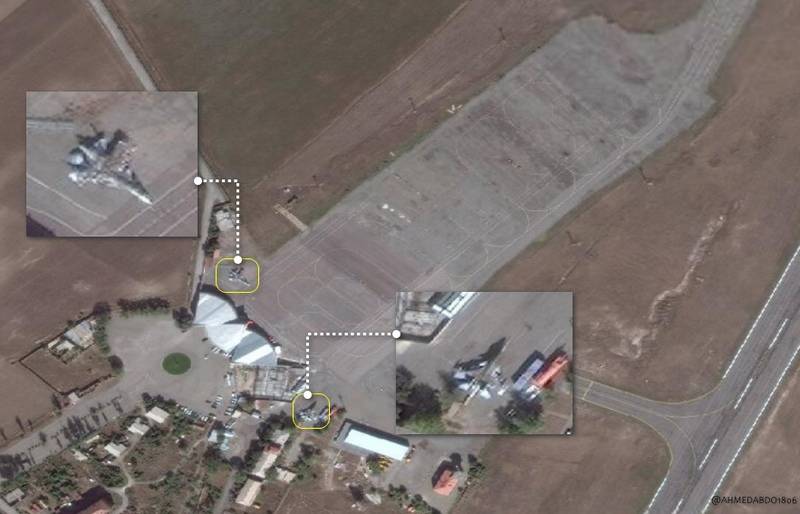 
The photo, published on October 9, 2020, shows two Su-30SM fighters of the Armenian Air Force. All in all, at the moment, there are 4 Su-30SM fighters purchased from Russia. The location of two more fighters is not reported, they may have remained at the Erebuni airfield near Yerevan. Shirak airfield belongs to the city of Gyumri and is located 8 km from the border with Turkey.

In July this year, the media reported on the transfer of the Su-30SM of the Armenian Air Force closer to the border with Azerbaijan due to the escalation of the conflict in Nagorno-Karabakh. However, the Armenian Defense Ministry denied this statement, stating that the flights of the fighters were not in any way connected with the conflict, but were connected with daily combat training.

It should be reminded that currently, the Armenian Air Force is armed with four Su-30SM multifunctional fighters. The fighters arrived at the Erebuni airfield near Yerevan at the end of December 2019. Prime Minister Nikol Pashinyan then stated that it was "the main acquisition of Armenia in 2019". The delivery was carried out at domestic Russian prices.

In total, the Armenian Defense Ministry expects to receive 12 Su-30SM fighters. It should be noted that before the Su-30SM was received as part of the Armenian Air Force, the fighter aviation did not exist due to the lack of fighters. Only Su-25 attack aircraft were in service with the country's Air Force.

By the way, on October 8, investigative journalist of the New York Times newspaper Christian Tribert published on Twitter a satellite image of October 3, stating that at least two F-16 fighters of the Turkish Air Force were deployed on the territory of the airport in Azerbaijan's Ganja, the presence of which in Azerbaijan is denied. 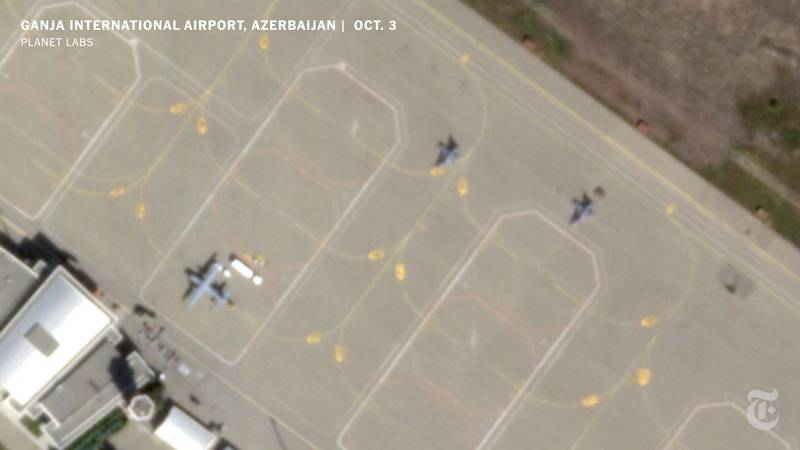 Ctrl Enter
Noticed oshЫbku Highlight text and press. Ctrl + Enter
We are
Reports from the militia of New Russia for 27-28 September 2014 of the yearUmbrella for the Russian outpost ("Mirror of the Week", Ukraine)
125 comments
Information
Dear reader, to leave comments on the publication, you must to register.