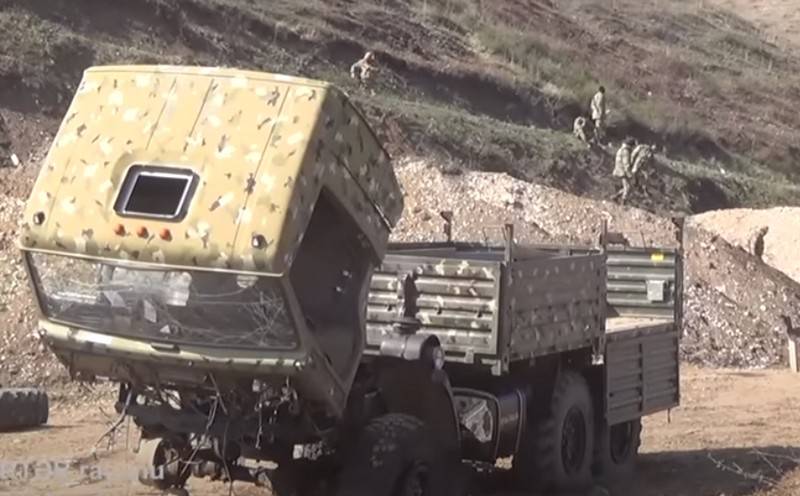 Despite the agreements reached on a ceasefire on the territory of Karabakh, intense fighting on the line of contact continued throughout the night. This was stated by the Ministry of Defense of Azerbaijan.


According to the Azerbaijani military department, hostilities of varying intensity along the entire contact line were fought from noon on October 9 to the morning of October 10. According to the press service of the Ministry of Defense, fire strikes were delivered on enemy positions.

As a result of the offensive operation continued by the Azerbaijan Army during this period, a large number of enemy manpower was destroyed and incapacitated by precise fire, 13 tanks, 4 MLRS BM-21 "Grad", 6 howitzers D-20 and D-30, 3 self-propelled artillery mounts 2S3 "Akatsiya", 2 anti-aircraft guns M55 "Zastava", 2 radar stations and electronic warfare
- said in a statement.

In addition, the Azerbaijani Defense Ministry reports on a rocket attack from the Armenian side of the previously recaptured settlement of Hadrut in Karabakh, which occurred on Saturday. The Azerbaijani army is taking "adequate measures" in response. Earlier, President of Azerbaijan Ilham Aliyev announced the control of 8 villages on the territory of Karabakh.

The enemy from the Khojaly direction fires Hadrut from multiple launch rocket systems
- said in a statement.

Azerbaijani army in the village of Talish, Terter region

Let us remind that Yerevan and Baku have agreed on a ceasefire in Karabakh for the exchange of prisoners and the evacuation of the wounded and killed. The agreement comes into effect from 12:00 on October 10, 2020.
Ctrl Enter
Noticed oshЫbku Highlight text and press. Ctrl + Enter
We are
Reports from the militia of New Russia for November 7 2014 of the yearReports from the militia of New Russia for 5 September 2014 of the year
77 comments
Information
Dear reader, to leave comments on the publication, you must to register.