The battle for the COVID-19 vaccine. Russia is to blame again 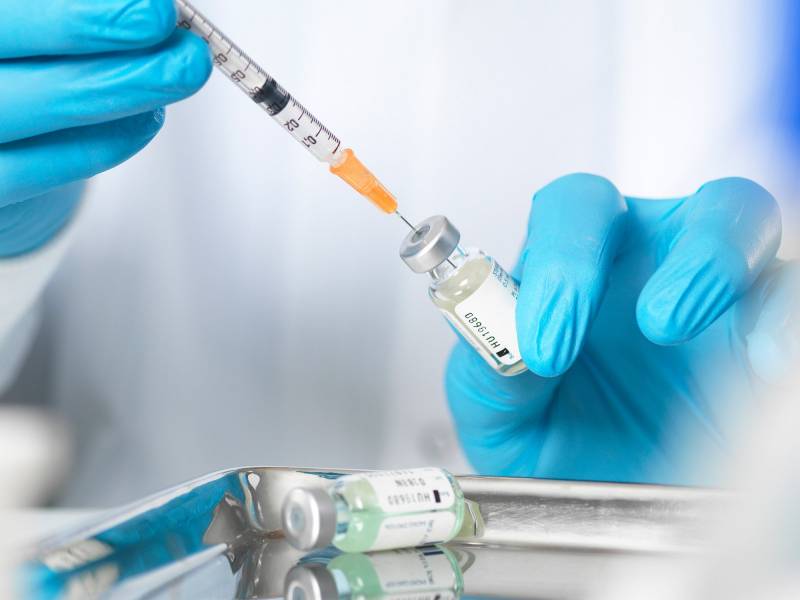 Once again, Russia has been among the culprits of the failures of the American establishment. William Evanina, head of US counterintelligence and security, pointed out in an interview with Hearst on October 8 that Russia, China and Iran are taking action to disrupt the anti-coronavirus vaccine development program.

Blaming your overseas opponents has already become a good form for the US leadership. Oddly enough, the Americans do not attribute their successes to actions contrary to the machinations of Russia. For example, Ilon Musk launched a manned mission into space, which means that the Russians in this stories are not involved. Jokes aside, of course, but the US really has problems with developing a vaccine against COVID-19. Initially, Donald Trump promised to release the finished vaccine on November 3, that is, right before the presidential election. This, of course, was a purely political action aimed at the attention of the potential electorate. But the US pharmacists were definitely not in time by this date, and the president had to explain the reason for the lag behind a certain political moment. It was not completely clear what exactly Trump put into this concept, but Evanina partially revealed the subtleties in an interview with Hearst TV company. In a situation where internal reasons do not allow quickly providing the population with a life-saving vaccine, you can always take advantage of a foreign threat. This technique has long been used quite effectively in political games, and not only in the United States. Evanin's counterintelligence chief did not disclose details of the destructive influence of Russia, China and Iran, and did not indicate the source of such scandalous information. In his words, there were only vague formulations about the nature of the work of the Russian special services:

“The change is that Russians no longer use bots and troll factories because they have been caught. Now they use the information of US citizens and artificially amplify it. " 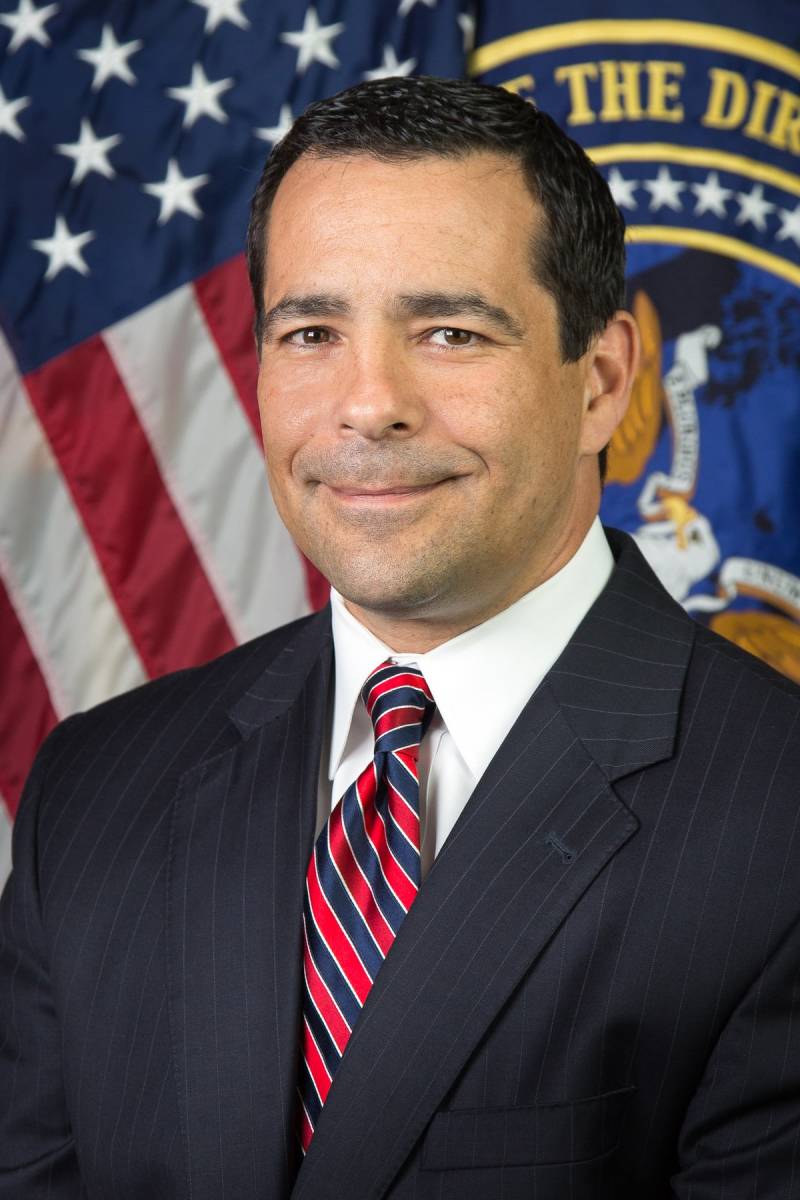 William Evanina. Source: wikimedia.org
That is, Russia does not interfere in the development and testing of vaccines, but only incites American public opinion against it? Common sense dictates that the effectiveness of such actions will tend to zero. However, if the Russian vaccine "Sputnik V" is vilified at every corner in the USA and Europe, then why is the mirror reception banned for the domestic special services? Such work will be quite effective when the drug is released to the market and can really bring down the degree of rush demand. But the effectiveness of propaganda even at the stage of clinical trials is hard to believe.

In a situation when the pandemic in the world is only gaining momentum, it is vital for any country to obtain a vaccine by any available means. If possible, then develop it independently, if not, then get it through the channels of intelligence services. An interesting example of Iran in this regard. The United States still keeps the country under tough sanctions that have prevented the country from effectively fighting COVID-19. How many years has the pharmaceutical industry lagged behind due to the toughness of the West? Such countries have no choice but to look for a way out of the current crisis in a roundabout way. In the United States, such attempts are perceived painfully and are presented as a deliberate disruption of vaccine development.

Vaccine made in USA

The most influential institution in the United States is not the presidential administration, but the FDA. Stephen Hahn, the head of this department, is definitely able to influence the balance of political forces before the presidential elections. In fact, it is because of his intractability that Trump will not receive the coveted vaccine by the November elections. Khan allowed the release of a crude vaccine (before the end of the third phase of clinical trials) on the market only if the potential risks outweighed the therapeutic effect. A very strange statement from the head of such an authoritative organization, if the third phase of the trial itself should prove the absence of possible complications during vaccination.

Stephen Hahn. Source: pharma.net.ua
Several US pharmaceutical companies are currently in the gold race for the coronavirus vaccine. Gold, because the development costs a lot of money and, if successful, will literally drown the patent holder in dollars. The American vaccine will certainly be much more successful on the world market than the domestic "Sputnik V" - there is no doubt about that. The powerful apparatus of propaganda and political influence of the United States together will create excellent market prospects for the drug.

Potential lucky players include pharmaceutical company Moderna Inc, which is currently developing the mRNA-1273 vaccine. The story itself with this development is crazy with an abundance of numbers with many zeros. Even before the trial phase ended, the US government purchased 100 million doses of vaccine from Moderna for $ 1,5 billion, and the total government allocation for this company alone reached nearly $ 1 billion. If Russia and China with Iran really interfere in such large-scale processes, then the damage for the Americans will be not only political and reputational, but also economic. 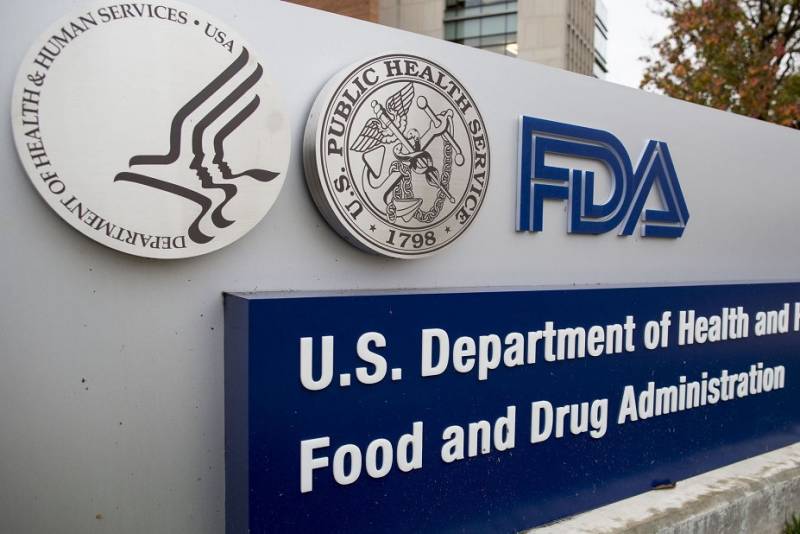 Source: medvestnik.ru
Johnson & Johnson is the second company involved in the development of an anti-coronavirus vaccine, ready to sell 100 million doses to the US government at $ 10 each. It is somewhat cheaper than that of Moderna, and they plan to use this development in Europe as well. At least the money for this has already been pledged. For comparison: the Russian Sputnik V will cost less than 1000 rubles, the Antimonopoly Service is now insisting on this. American pharmacists have approached testing a potential vaccine with extreme care. The third phase of trials, which is in full swing, involves about 60 thousand volunteers from 180 coronavirus foci throughout the country, as well as in Mexico and Brazil. The third phase of the randomized, double-blind, placebo-controlled trial began in September and is expected to be completed four to five months later. Johnson & Johnson was probably ready here and now to launch the Ad26.COV2.S vaccine, but principled Stephen Hahn has not given the go-ahead yet. By the way, the final tests will be completed only at the beginning of 2023, when all long-term risks from vaccination will be taken into account. And this drug is intended only for the adult population (over 18 years old). Little is known about trials of anti-coronavirus vaccines for children. Compared to the Johnson & Johnson product, the vaccine from the aforementioned Moderna Inc is more expensive, and the final phase of the study takes place from July 27 with the involvement of only 30 thousand volunteers. It seems that the developers were really in a hurry to complete the tests in time for the presidential elections. 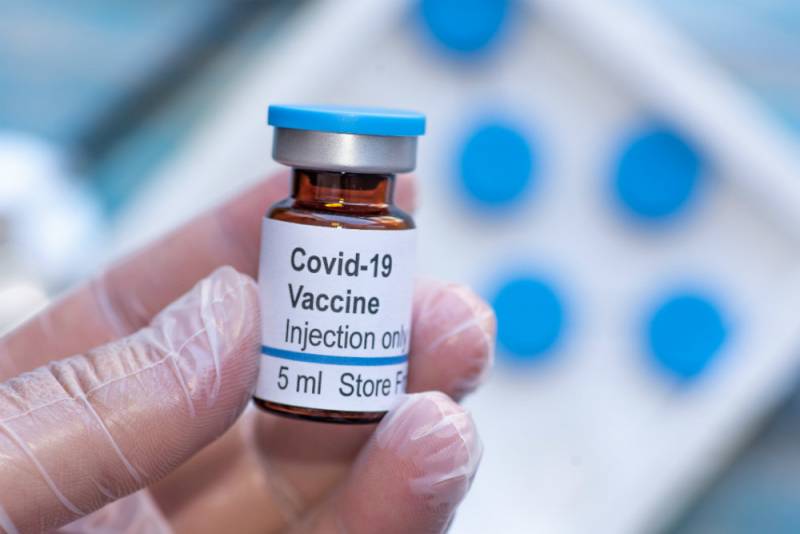 Source: cdnimg.rg.ru
The third major player in the COVID-19 vaccine market is the British company AstraZeneca, which works in conjunction with the University of Oxford. Despite the fact that the British have promised to supply almost half of the world's population with their vaccine, they are not yet very good with clinical trials. In July, one of the volunteers (even before the start of the final phase of the study) was diagnosed with multiple sclerosis, apparently provoked by a vaccine. Further testing was temporarily suspended. In September, a month after testing resumed, one of the patients suffered a spinal cord infection. Stop again, lagging behind the development schedule and the pace of work of the main competitors. However, the British do not despair and have already begun to produce their drug AZD1222, which has not yet passed the entire required test cycle. The motivation is simple: everyone is confident in success, and at the moment of approval by the US Food and Drug Administration, the company will have several hundred thousand doses. The third phase for the British began on August 17, included 30 thousand volunteers and should end on December 2, 2020.

Thus, despite all the alleged efforts of Russia, China and Iran, the world community will soon expect new stories related to COVID-19. Now, on the front of the confrontation between the virus and vaccines of various kinds. And, quite likely, possible failures with new drugs will again be attributed to the destructive action of the Russian special services.