Rosstat still believes. And in compatriots, and in a bright tomorrow 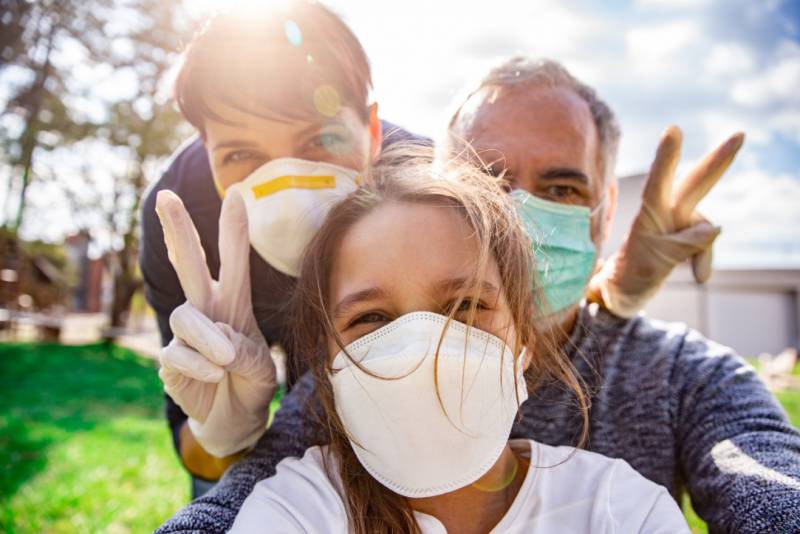 And let the whole world wait

Someone very wise said that the world is exactly as we are ready to see it. Isn't that why people sometimes so easily neglect the real trouble, but are simply unable sometimes not to worry about trifles? ..

You feel it as soon as it comes to the notorious consumer sentiment. It is they who form the very effective demand from the famous theorist British Lord J.M. Keynes, capable of making the flywheel of even a dead economy unwind.

For many years now, the Russian economy has been trying to convince us that it, like that patient, is rather alive than dead, and the public does not intend to give up at all under any pandemics or quarantines. We do not exclude that in the near future everything will become bad again, especially taking into account the poor starting positions - the fallen ruble and not growing oil.

But so far, judging by the data of the Federal State Statistics Service, which only has what to believe, we are doing quite well. Associate Professor of the Department of Economic Statistics of the PRUE GV Plekhanova Olga Lebedinskaya beautifully called it "a conditional turn towards the green zone." Simply put, among the broad masses of Russians, there is a clear trend towards an improvement in consumer sentiment.

It seems that Russians, as has happened to them more than once after global crises and upheavals, are mostly inclined to an optimistic outlook on the future. And this despite the difficult economic situation in the world, despite the instability in the economy and the fact that the neighbors, more precisely, three allies of Russia - Belarus, Armenia and Kyrgyzstan, are shaking well, and besides, it is somehow surprisingly synchronized.

At this particular moment, few people have been frightened off by the main negative factor of today - the introduction of a new series of restrictive measures, fortunately, not yet as harsh as in the spring. And if in the spring citizens first of all tried to save something for a rainy day, now the situation has changed, one might say radically.

However, this kind of optimism, according to statisticians, is more typical for the two capitals together with their suburbs and for a number of other large agglomerations. In the hinterland with consumer sentiments, things are still not very good, primarily due to the fact that one can only dream of not only growth, but at least maintaining the usual level of income.

So, Rosstat assures us that the consumer confidence index in the third quarter of 2020 rose to minus 22%. True, this happened after a sharp drop was noted in the II quarter - to minus 30%. Overall negative assessments have been prevailing for six years now, but such a strong return has not been noted for a very long time.

Five years ago, after Crimea and the beginning of sanctions, the fall in the Rosstat index was exactly the same, although not as fast. But in comparison with that situation, the current situation in the sphere of consumer sentiment is characterized by a much faster recovery. And again, we only need to hope that the second wave of the pandemic will not overwhelm us as much as the first.

It was much worse in the spring. What will be closer to winter?
After 2015, there was a gradual rise to minus 10%, noted in 2018, when the world football championship added to the optimism quite clearly. The decline to the marks of this summer was also smooth, and a sharp decline occurred only during quarantine. It is clear that it will not be easy to return even to the level of 2018, let alone a neutral zero point, but the rebound rate is still encouraging.

All this, taken together, means that we have not yet returned to our original positions, and with the beginning of the second coronavirus wave it is generally unclear when we will return. Nevertheless, one cannot but inspire the fact that the share of respondents who harshly negatively assess any changes in the economy has significantly decreased.

For the next 12 months, we are talking about a decline from 45% to 36%. At the same time, as evidenced by the data of Rosstat polls, the share of respondents who expect a deterioration in their financial situation has also decreased - from 31% to 23%. This is especially noticeable in the younger generation, where the share of pessimists has already dropped to 19%.

It is interesting that Rosstat, where value judgments are usually avoided, this time drew attention to the fact that this can contribute to a change in mood in the field of trade, services and public catering. And all the same: "... most of the workers are less and less afraid of the deterioration of their financial situation." If only everything that is caused or associated with the second wave of the pandemic ruins the picture in a matter of weeks.

It is no coincidence that consumer sentiments are called a litmus test of the state of the economy, but the same Keynes built on them a whole economic theory, which is still considered basic for capitalism and for transitional economies, and even for such a model as in supposedly communist China.

We must not forget that if the public simply cannot answer questions about income with all its desire, then no one has to lie about expectations and moods. However, in reality, the number of optimists in Russia, if it has grown, is insignificant.

But the pessimists have diminished noticeably, however, most of them have moved into the category of indifferent citizens, who, it seems, will absolutely not care in the future. Such, by definition, will never talk about the deterioration of their financial situation in the past or in the future. 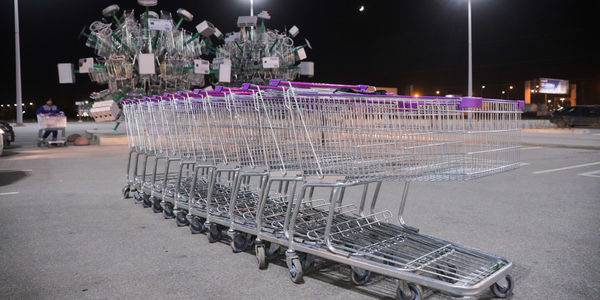 Empty stores are the surest sign of a crisis
It is no coincidence, according to Rosstat, that the number of those who assess the future or the changes that have occurred in a neutral way has also grown significantly. This is evidenced by the decrease in the share of negative assessments to 36% and the fact that the index of expected economic changes rose to 15%.

Experts talk about low base

The first wave of coronavirus came as a shock to so many, but it still cannot be compared with shock therapy from Balcerowicz or Gaidar. Many experts note that the still dubious changes for the better are assessed so optimistically, because many have nowhere to fall in the spring.

Contrary to negative forecasts and pessimistic expectations, there was no widespread business collapse and massive bankruptcies, although still, perhaps, only ahead. And yet, even unemployment has grown to such an extent that it can somehow be dealt with, hundreds of thousands of people have managed to get their decent benefits without serious complications.

Be that as it may, after the past crises, such a turn towards people has not been noted. Both in 2008 and in 2014, the first thing we did was to save big business. Now we are talking about the fact that the state is almost the first time in the new stories Russia is making every effort to ensure that the life of an ordinary citizen does not deteriorate, and, perhaps, even improves.

Even such traditional critics of the current government, such as Igor Stroganov, associate professor of the Department of Entrepreneurship and Logistics of the Plekhanov Russian University of Economics, and Mikhail Delyagin, who heads the independent Institute of Globalization, drew attention to this.

Igor Stroganov noted that “we didn’t trade less, we didn’t lose the markets, but, on the contrary, gained access to the markets of the Middle East and Latin America. It is characteristic that right now, during quite serious tests for all countries and for the citizens of Russia, consumers are demonstrating restrained optimism and, what is important for business, readiness to consume goods and services. "

Mikhail Delyagin believes that in the third quarter of 2020, residents of Russia simply tried to consume what they failed in the second quarter due to the restrictions imposed then. He drew attention to the fact that the Rosstat index is not a very accurate indicator, because it is based on surveys, when people do not always tell the truth.

Delyagin recalled that "the polls are difficult to interpret for the sample to be representative." But growth by 8 percentage points, to minus 22%, looks, in his opinion, plausible, since the III quarter is after July 1, when the recovery was already underway.

In many regions, restrictions were already removed or significantly weakened. As Delyagin explained, people began to relax, traveled en masse across the country, started visiting hairdressers and bought what they could not buy earlier.

Ctrl Enter
Noticed oshЫbku Highlight text and press. Ctrl + Enter
We are
Results of the week. “In our cooperative, the board is always agreed”Results of the week. "God forbid to see Russian revolt, senseless and merciless!"
38 comments
Information
Dear reader, to leave comments on the publication, you must to register.