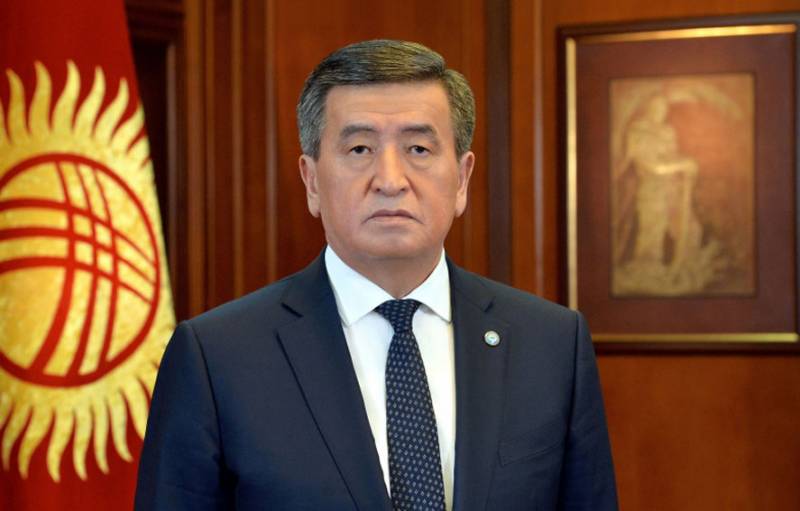 
Sooronbai Jeenbekov, addressing the citizens of Kyrgyzstan, noted that the situation in the country has reached a critical point and is in dire need of settlement. For this settlement to take place, according to the Kyrgyz president, it is necessary to cancel the results of the parliamentary elections (in principle, this has already been done), set a date for new elections, dismiss the government and the prime minister (de facto, and the resignation has already taken place), create conditions for new appointments (there are so many appointments that, even outside the government, as mayor of Bishkek, three people were replaced in three days, after which the former mayor was returned).

According to the President of the Republic of Kazakhstan, he intends to legitimize personnel innovations in order to return the situation to the legal channel.

After the legitimate leaders of the executive authorities are approved and the country takes the path of legality, it is ready to leave the post of President of the Kyrgyz Republic.
The State Committee for National Security also circulated its appeal to the nation. The appeal noted that the number of provocations by destructive groups in the republic has increased and that the State Committee for National Security of Kyrgyzstan is working to suppress them.

Let us remind you that the situation in Kyrgyzstan worsened after the elections. 12 parties that did not get into parliament (Jogorku Kenesh), took people to the streets, seizure of administrative buildings began, a wave of self-appointments. Protests, pickets, rallies continue in the republic today.

Ctrl Enter
Noticed oshЫbku Highlight text and press. Ctrl + Enter
We are
Reports from the militia of New Russia for 27-28 September 2014 of the yearDecember 2010 years. Russian March. Senseless and merciless? Notes not a Russian person
56 comments
Information
Dear reader, to leave comments on the publication, you must to register.