F-16 War Falcon: How Good Is It Apart from the Numbers? 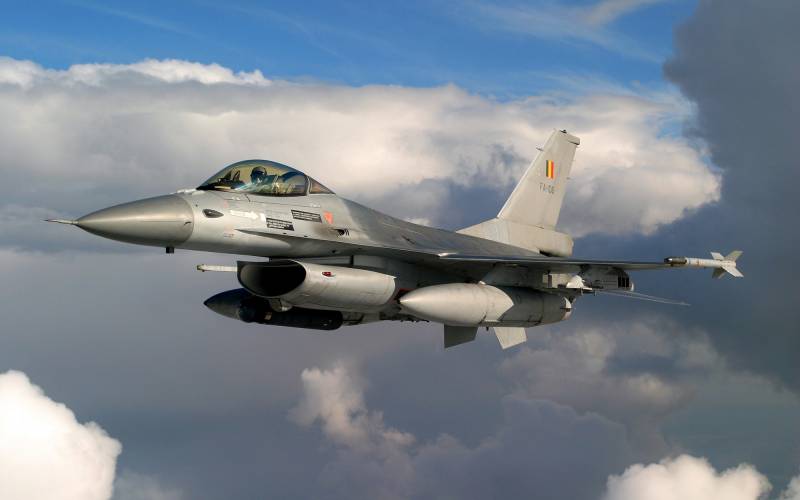 Yes, now we will delve into the "Abschussbalkens" in relation to such an iconic aircraft as the F-16A "Fighting Falcon", aka "Fighting Falcon". And the purpose of this study is to determine how "Falcon" really is an eagle, as is usually shown by the American specialized media.


There is no need to doubt that the F-16 is a really good aircraft. I would say that from the cohort of single-engine fighters, he is generally the best.

Sebastian Roblin of The National Interest we know has exactly the same point of view, which is not surprising.

And we can agree with him that the F-16 really has a lot of advantages. For example, it is lightweight, agile, reliable engine and has an excellent thrust-to-weight ratio. A decent set of weapons.

There are also disadvantages. Due to the fact that the aircraft is light, and the engine is one, the range is not brilliant and the payload is also very limited when compared to twin-engine fighters.

Makes this the F-16 the best fighter in the world? No. It's just an aircraft with a set of characteristics. It is not only figures that are at war, but facts as well.

But with the facts we have a very specific situation. To begin with, some statistics on the combat use of the Falcon. It should be noted right away that different real experts have a different approach, but our V. Ilyin and V. Markovsky, as persons completely uninterested in numbers, seem to me the most trustworthy. 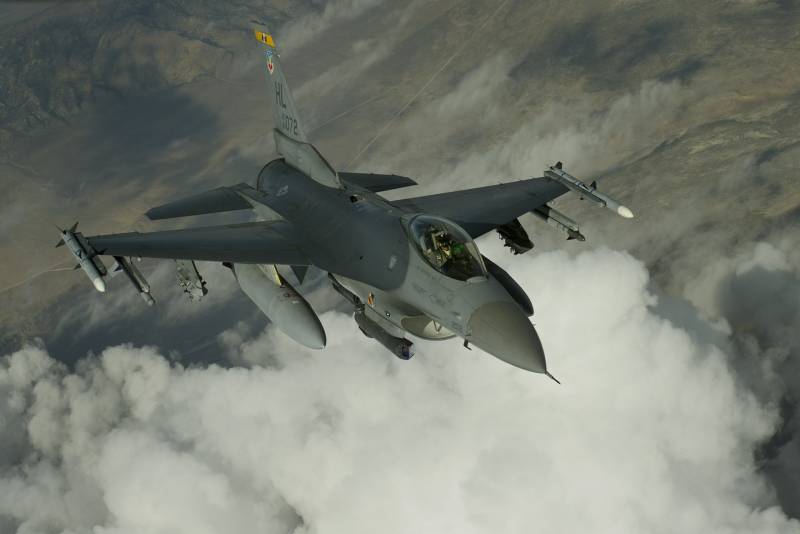 So, the combat use of the F-16. Here it is worth looking not even at how many planes were shot down and lost, but to whom they belonged. This, in my opinion, is the most important point.

The Lebanese War in 1982 marked the F-16's debut as a combat aircraft.

According to V. Ilyin's research, Israel lost 6 F-16 aircraft in this war. The Israeli F-16 accounts for 43 downed Syrian Air Force aircraft and 1 helicopter, that is, in fact, half of all aircraft shot down by Israeli pilots.

The opponents of the F-16 were MiG-21 and MiG-23 of various modifications.

In addition to this war, the F-16 was constantly used as a fighter-bomber against targets in Syria, which ultimately resulted in the loss of another F-16I, shot down by a Syrian missile with an S-200 air defense system.

During the 1992 putsch, government-loyal F-16 pilots shot down two OV-10 light attack aircraft and one rebel AT-27 combat trainer.

During the war with drug lords between 2013 and 2015, F-16s of the Venezuelan Air Force shot down three light aircraft carrying drugs.

In 1999, the F-16s were used in Yugoslavia throughout the NATO contingent, and here the first collisions with the MiG-29 took place. F-16 pilots (American and Dutch) shot down two MiG-29s.

The F-16's own losses amounted to 1 aircraft from the S-125 air defense system.

In general, the losses of the F-16 in that war are remarkable in that, in addition to one air loss, 6 more "Falcons" were shot down by air defense systems, and 7 were irretrievably lost for technical reasons. That is, in half.

The ensuing Iraqi war was without victories and losses due to the fact that the Iraqi Air Force did not come to the war.

The Pakistani Air Force took a very active part in the war in Afghanistan, constantly “protecting” its air lines from encroachments by Soviet and Afghan aircraft. F-16s of the Pakistan Air Force won several victories from 1986 to 1988.

The first victory - an F-16A missile shot down an Afghan Su-7b, which ended up over the territory of Afghanistan.

Over the territory of Afghanistan, 2 Su-22 aircraft and an An-26 passenger aircraft were shot down.

The only Soviet Su-25, shot down in 1988, should be considered separately.

The Pakistani Air Force lost one F-16A aircraft shot down by an air defense missile system.

On February 27, 2019, an air battle took place between aviation groups of the Indian Air Force and the Pakistan Air Force. From the Indian Air Force, 8 fighters took part in the collision: four Su-30 MKI, two MiG-21UPG, two Dassault Mirage 2000. A total of 16 aircraft were present from the Pakistani Air Force: eight F-16, four Dassault Mirage III, four JF- 17 Thunder. And another 8 aircraft in the form of a cover group did not participate in the battle.

One Pakistan Air Force F-16 and one Indian MiG-21 was shot down.

8. The civil war in Syria

There was a civil war in Syria, which did not prevent Turkey from getting bogged down in it up to the spars. In May 2013, a Turkish F-16 crashed under unclear circumstances near the Syrian-Turkish border. On March 23, 2014, Turkish F-16s shot down a Syrian MiG-23ML fighter that allegedly invaded Turkish airspace. The wreckage of the plane was found in Syria.

In general, during the civil war in Syria, F-16s lost many countries.

On December 1, 2014, an American F-16C fighter plane crashed in Jordan after a combat mission in Syria, the American pilot was killed.

On December 24, 2014, a Jordanian F-16 fighter was shot down over the Syrian city of Raqqa, the pilot was captured by international terrorists and was killed.

According to official statistics from the US Air Force and NATO, the F-16 scored a total of 8 aerial victories. All victories were won in Iraq and the Balkans. Official information from the Israeli Air Force says that Israeli F-16s won about 40 air victories over Syrian Air Force aircraft. 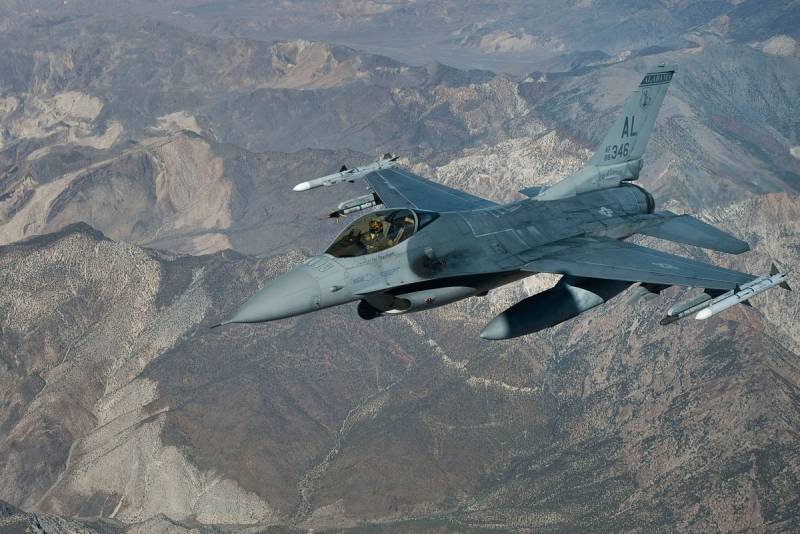 To summarize all of the above, it turns out that the F-16 pilots from the United States, Israel and NATO countries shot down about 50 aircraft.

Let's just say, a little in general, but the F-16 was used not only as a fighter. But this is not the main thing. The main thing is against whom this aircraft was used. And here the field of nuances begins, on which, in principle, the reputation of the "best single-engine" aircraft somewhat "does not take off."

We judge ourselves based on the list of victories given. Particularly interested in aircraft made in the USSR, why - will be seen below.

In general, if you look at the list, it becomes clear: the F-16s fought not just with outdated aircraft made in the USSR, but also with crews, let's say, not of the highest quality.

You can, of course, say something about the training of Syrian pilots who took it in Soviet schools. Flight schools in the USSR are good educational institutions. The Syrians are simply not the best students. This applies to anti-aircraft gunners, tankers, and pilots.

It is very difficult to say and predict what would have happened if the F-16 in maneuverable combat had met with more modern aircraft (like the same MiG-29, only with letters or Su-27), in the cockpits of which graduates would sit, say, from Borisoglebsk, Volgograd or Armavir. It could well have been the result of a slightly different plan.

In fact, the pilots on the F-16 fought on equal terms not even in one conflict, but in one battle, when the Turkish and Greek pilots turned around to a collision in the air. Well, something similar to a battle performed by Indians and Pakistanis.

In any case, both things look ... rather weak. 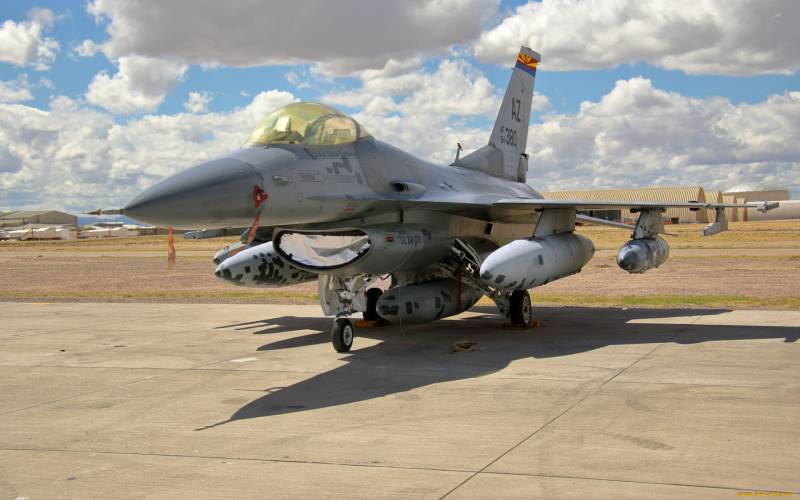 The fact that the Israelis chopped up Arab MiGs is, of course, yes. First of all, he says that the training of pilots of the Israeli Air Force is much higher than that of the Syrian. However, I have already voiced my opinion about the level of combat training of the Syrians.

As a result, American pilots and their Israeli counterparts are arguably taking the world's best aircraft. But the real proof is not victories in battles with Arab pilots from Iran, Iraq and Syria on aircraft of the older generation, but on classmates, with colleagues, say, from Russia or China in the cockpits.

Then it would be possible to compare. In the meantime, the F-16 "Battle Falcon" can be considered quite a good aircraft with a lot of advantages. Which can be very effectively used against the air forces of the countries of the third and fourth worlds. 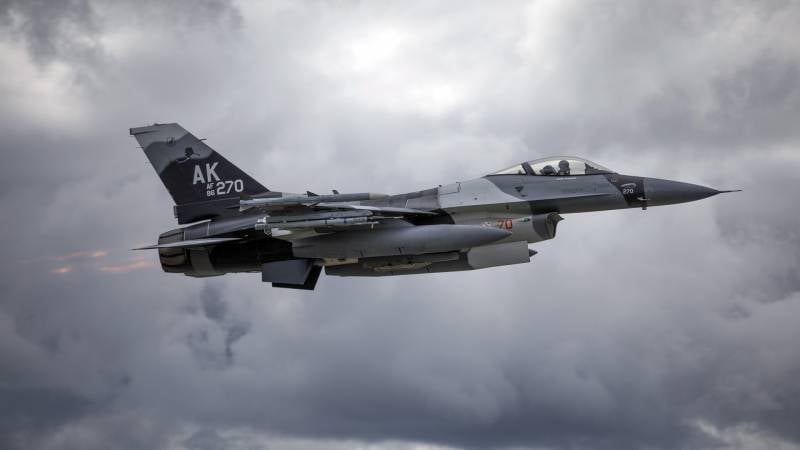 But since real planes are still fighting with real pilots, the performance characteristics can not be taken as the ultimate truth. The numbers show well, but fly very badly.

"Battle Falcon" from the F-16 turned out. But you should not categorically declare that this is one of the best aircraft in the world. Such claims usually require real evidence.

Ctrl Enter
Noticed oshЫbku Highlight text and press. Ctrl + Enter
We are
The National Interest: if Russian and American stealth fighters go to warAn-12 in Afghanistan
112 comments
Information
Dear reader, to leave comments on the publication, you must to register.