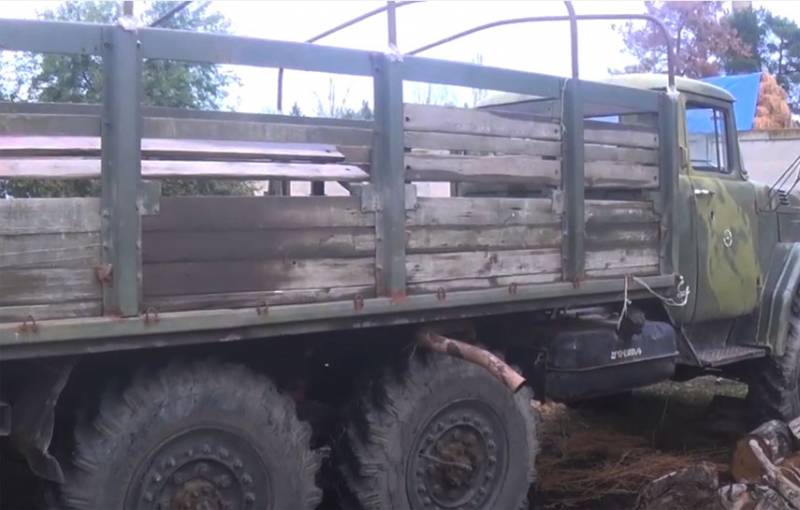 The Azerbaijani Defense Ministry is disseminating data on a new local military success in the Karabakh conflict zone. The reports say that the Azerbaijani troops managed to take a large number of trophies in the form of army trucks and other vehicles.


The shown footage shows the Ural, ZiL, KamAZ vehicles at the disposal of the Azerbaijani army. You can see from the lined column on the road that there are dozens of these trophies.

The Azerbaijani side claims that the enemy (the troops of Armenia and the unrecognized Nagorno-Karabakh Republic) abandoned this technique, "escaping from the battlefield."


At the same time, the Armenian side reports on its own local victories. Thus, the prime minister of the republic Nikol Pashinyan stated that the NKR army "lured the military corps of Azerbaijan into a trap" in the Jebrail direction. Earlier, representatives of the Armenian Defense Ministry made similar statements.

Meanwhile, a piece appeared in the French press stating that Russian President Vladimir Putin could have extinguished the conflict. And in the comments of the readers of the French edition, it is stated that, of course, Putin could have extinguished the conflict in Karabakh, but how is the EU going to interact with the Russian president now, if the European Union has actually accused Putin of "poisoning" opposition leader Navalny? It is noted that even if Macron directly addresses Putin, he "thinks three times before answering," since "he could finally lose confidence in the French president, who makes it clear that he considers him a poisoner."


Ctrl Enter
Noticed oshЫbku Highlight text and press. Ctrl + Enter
We are
Summary of the week from voenkor Mag about events in the DNI and LC 21.04.18 - 27.04.18New war in the Caucasus be?
36 comments
Information
Dear reader, to leave comments on the publication, you must to register.