Disappointing data on the configuration of the S-400 air defense system ammunition supplied by the Turkish Air Force. Own goal or a long-range contract? 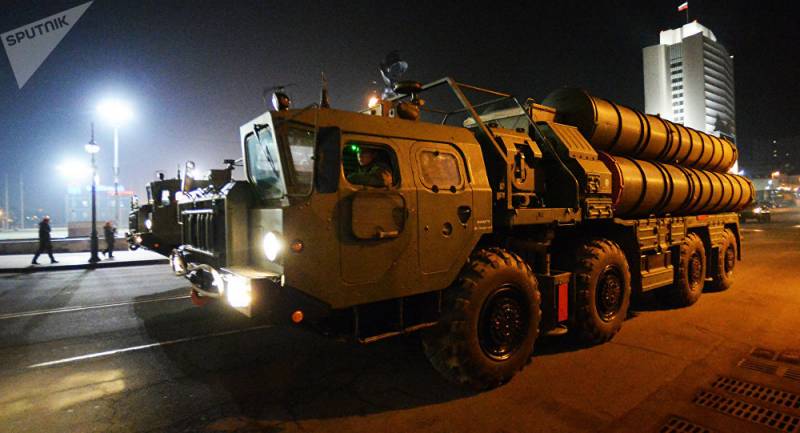 In our several early reviews, published in the first half of 2019, and highlighting a number of consequences of the implementation of the contract for the supply of the Turkish side with promising long-range anti-aircraft missile systems S-400 "Triumph", we fully and completely focused the attention of the technically savvy audience of Military Review on the threat of the possible transfer of critical technologies of the element base of the illumination and guidance radars 92Н6Е (including the features of the frequency modes of operation of the modernized microwave klystrons and "emitting" arrays of receiving and transmitting modules, as well as the level of noise immunity of the receiving paths of the radar) to the specialists of the US Defense Department and the headquarters of the leading American military-industrial corporation "Raytheon".


Undoubtedly, the severity of this problem continues to maintain an unshakable position to this day, because, having detailed data on the principles of forming directional patterns, as well as hardware and software methods for suppressing active noise (frequency sighting) interference in the receiving paths of 92H6E illumination radars, specialists from " Raytheon ", in close cooperation with experts from the Research Laboratories of the Air Force and the US Navy, are quite capable of developing, in a fairly short time, for promising container complexes of electronic warfare AN / ALQ-249 (V) 1 NGJ-LB Increment 2 adaptive software algorithms for jamming with such power , spectral, frequency and spatial parameters of "jamming" beams, which will allow much more effective suppression of the receiving paths of the RPN 92N6E than those used in the more outdated AN / ALQ-99 suspended radio countermeasures systems installed on the EA-18G "Growler" electronic warfare aircraft. It should be noted that the "software templates" with the above adaptive algorithms for jamming the radars of the 30Н6Е / 92Н6Е family can be loaded not only into the on-board computers of the latest electronic warfare / ALQ-249 NGJ-LB Inc 2 stations, but also into the computerized electronic warfare subsystems of stealth fighters 5 -th generation of the F-35A / B / C line and deeply modernized carrier-based multifunctional fighters F / A-18E / F Block III "Advanced Super Hornet".

As you know, these fighters are equipped with advanced on-board AFAR-radars AN / APG-79 and AN / APG-81, the electronic architecture of which has specialized radio frequency tunable filters RFTF (Radio Frequency Tunable Filters), powering certain arrays of transmitting and receiving modules and ensuring the operation of data Radar station in electronic countermeasures mode.

Meanwhile, a detail much more significant for expert analysis was recorded in the Turkish media space two days earlier, at the time of the redeployment of one of the four S-400 Triumph anti-aircraft missile divisions of the Turkish Armed Forces to the city of Sinop, located on the Black Sea coast, in preparation for the upcoming military exercises of the air defense units of the Turkish Armed Forces. In particular, having familiarized himself with the photograph of the combat crew of one of the four S-400 air defense missile launchers of the Turkish Armed Forces, which was published on the notorious Turkish news and the military-analytical "Twitter" page @UretimYerli with a link to the competent resource in the Turkish defense department, we finally come to the conclusion that the optional "package" of the contract concluded between Rosoboronexport and the Turkish Ministry of Defense for the supply of military air defense systems to combat units of Turkey The S-400 nevertheless provided for hardware and software integration into the weapons control systems of the latest 9M96E2 super-maneuverable long-range anti-aircraft missiles, which gained operational readiness at the beginning of 2019, as part of the ammunition of the promising S-350 Vityaz air defense systems and, apparently, only recently have they begun to replenish the arsenals of regimental kits S-400 of the anti-aircraft missile forces of the Russian Aerospace Forces.

Indeed, on the one hand, the desire of Rosoboronexport as a whole and the Almaz-Antey concern in particular to equip the two regimental sets of "four hundred" supplied to the Turkish side with unique 9M96E2 missiles has a number of compelling reasons, one of which is the desire to achieve superiority in the competitive a clash with the American military-industrial corporation Raytheon, which is promoting the Patriot PAC-3MSE anti-missile system on the world arms market.

On the other hand, at the disposal of the Turkish units of the military air defense-missile defense are super-maneuverable missiles equipped with "gas-dynamic belts" of transverse control engines and active radar seeker of the "Slate" type, which ensure, firstly, the interception of highly maneuverable means of aerospace attack (carrying out anti-aircraft maneuvers with overloads from 50 to 65 units) by the method of kinetic destruction "hit-to-kill" (including the 9M723-1 Iskander-M OTBR, which are in service with the Rocket Forces and artillery of Armenia), secondly, the defeat of low-altitude reconnaissance UAVs, hiding behind the hills and ridges of Artsakh. In case of comprehensive involvement of Ankara in the Karabakh conflict, the above-mentioned feature of the S-400 air defense system will allow the Armed Forces of Azerbaijan and Turkey to partially neutralize the retaliatory strikes of Armenian missile units seeking to establish parity in this treacherous dive.

Ctrl Enter
Noticed oshЫbku Highlight text and press. Ctrl + Enter
We are
The situation around the retrofitting of the 108 zrp with the S-300ПМ-2 division. A challenging long-range upgradeThe situation around the testing of the Turkish C-400 radar is becoming more detailed. The shadow role of F-16C and F-35A
228 comments
Information
Dear reader, to leave comments on the publication, you must to register.