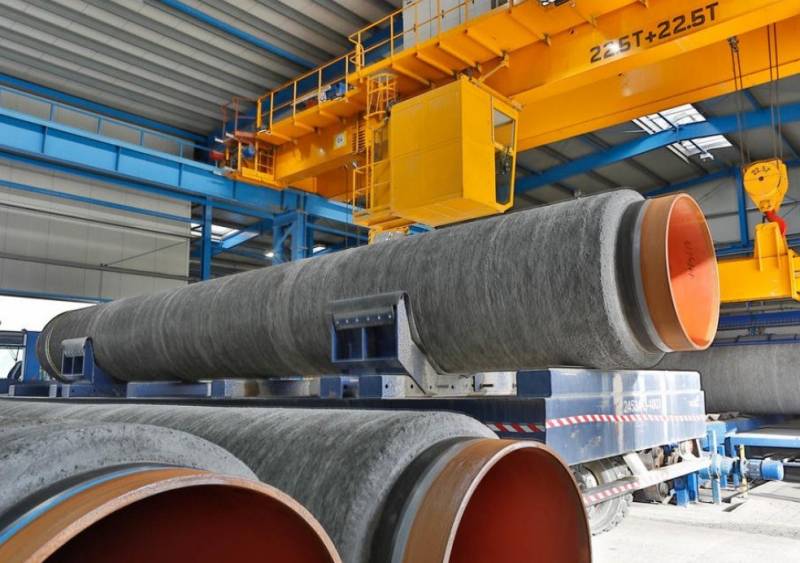 
The Polish Competition and Consumer Protection Authority decided that the actions of the Russian natural monopoly and the companies cooperating with it violated the freedom of competition and antitrust laws of Poland.

In addition to Gazprom, 61 more companies participating in the construction of the Nord Stream 5 gas pipeline will have to pay a fine totaling $ 2 million. Interestingly, these are no longer Russian companies, but European ones - Uniper and Wintershall from Germany, OMV from Austria, Engie from France, as well as Dutch-British Shell. They will have to pay 10% of the annual turnover.

The formal reason for imposing a fine was the lack of consent of the Polish regulator for the construction of the gas pipeline. The companies did not apply to UOKiK for appropriate permission. Now the regulator has ordered the termination of all contracts that were concluded in order to finance the SP-2.

Tomasz Khrustny, head of the Competition and Consumer Protection Department, believes that his subordinates conducted a very thorough investigation and collected all the evidence proving that the companies involved in the construction were deliberately violating the law. The Polish official told the media about this.

Naturally, companies facing fines may try to appeal their appointment in court. But does that make sense? It is clear that the Polish authorities are acting against Nord Stream 2 not in their own interests, but at the suggestion and in the interests of the United States. Therefore, the court decisions are unlikely to have any fundamentally different content: at best, in order to demonstrate the "independence" of the judicial system, the Polish courts will slightly reduce the amount of fines.

In fact, the fines imposed on the SP-2 builders for violating antitrust laws indicate the desire of the United States through its satellites to prevent the gas pipeline from starting by any means. If it doesn't work through ecologists, let's try through anti-monopoly officials: the State Department thinks something like this, apparently.

Recall that the construction of a gas pipeline from Russia to Germany is being carried out by Nord Stream 2, the only shareholder of which is the Russian corporation Gazprom. Back in 2016, the Polish authorities did not allow Gazprom and 5 European companies Royal Dutch Shell, OMV, Engie, Uniper and Wintershall to create a joint venture to build a gas pipeline. After that, five European companies became Nord Stream 2 creditors. Now the Polish authorities decided that by doing so they violated antitrust laws and demanded that they stop funding the project.

It is also worth noting that in August 2020, the Polish regulator already fined Gazprom 57 million euros for refusing to provide information requested on the construction of the gas pipeline. A similar fine was then imposed on the French company Engie, which also did not cooperate with the Polish authorities. In this regard, it can be assumed that today's fine is not the last obstacle for Poland to Nord Stream 2.

Now the Gazprom corporation intends to appeal against the fine imposed by the Polish side. Moreover, the Russian corporation claims that the amount of the fine indicates an attempt by Warsaw to prevent the construction of the gas pipeline in any way.

Moreover, the legal system of Poland itself cannot really explain when its powers expanded to such extent that international business projects began to fall under them, including those involving companies from those EU countries, on which soft loans have long been "sitting" Poland itself.

Ctrl Enter
Noticed a mistake Highlight text and press. Ctrl + Enter
We are
Poland imposed a fine on Gazprom over Nord Stream 2And Baba Yaga is against ... In Poland, a lawsuit has been opened against Gazprom
323 comments
Information
Dear reader, to leave comments on the publication, you must to register.