25 years of the assassination attempt on General Romanov: the crime has not yet been solved 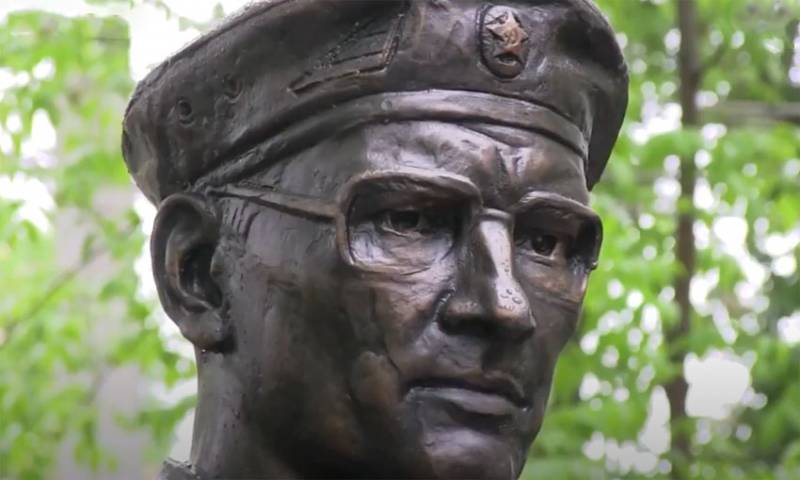 On October 6, 1995, 25 years ago, an attempt was made on the life of Lieutenant General Anatoly Romanov, commander of the United Group of Federal Forces in Chechnya. On this day, General Romanov was supposed to meet at the Severny airport with Ruslan Khasbulatov, the former chairman of the State Duma, a Chechen by origin, who claimed to be a mediator to resolve the conflict. It was planned to discuss some issues before the upcoming meeting on the same day with one of the separatist leaders Aslan Maskhadov. Also - to discuss the ongoing negotiations with the Chechen elders and authorities on the issue of ending the resistance, freeing the settlements and regions of Chechnya from armed militants and the peaceful transfer to the control of the Russian army.

During the movement of the convoy of cars with the general around the city, at the moment when the "UAZ" with him entered the tunnel under the bridge in the area of ​​Minutka Square, an explosive device went off. As a result of the explosion, General Romanov was seriously injured. Only the fact that he was in a bulletproof vest and a helmet, as well as urgently provided first aid, helped him stay alive. Later, doctors diagnosed a fracture of the base of the skull, edema of the brain stem, rupture of the liver, severe contusion of the left eye, closed chest injury, fracture of both jaws and multiple shrapnel wounds to the face, lower leg, thigh, hands, grade 2-3 shock. The assistant commander Colonel Zaslavsky and the driver who were traveling with him died on the spot. Fifteen escort servicemen and 15 civilians were injured from a bus passing by accident.

In Moscow, at the Burdenko hospital, doctors managed to eliminate a mortal threat to Romanov's life. On January 10, 1996, he underwent an operation to install an electrical brain stimulator. Since then, General Romanov was treated first at the hospital. Academician N.N.Burdenko, and then was placed in the Main Military Clinical Hospital of the Internal Troops of the Ministry of Internal Affairs of Russia in Balashikha, near Moscow. There he is to this day and is undergoing various types of treatment. The current state of the general is assessed as stable, although consciousness has not returned to him completely.

There are different opinions about what exactly was blown up. Some experts claim that it was a landmine on the sidelines, others say that two suspended charges were blown up, and four were laid. There are also conspiracy theories, according to one of which the explosives were in the car of the general himself. The explosion power is estimated at thirty kilograms in TNT equivalent.

There are also many versions about the motives and reasons for the assassination attempt, customers and perpetrators. Here is the intention of some forces to disrupt the peace process in which he actively participated, and the conspiracy against him by unknown from the special services, his deputy, and the hand of Berezovsky.

But the closest version to the truth, apparently, is the revenge of the Chechen separatists under the command of Aslan Maskhadov. There was information that the FSB of Russia in Chechnya, together with the Vympel group, detained participants in the assassination attempt on General Romanov Ibragim Ayubov, as well as three other suspects. But one thing is absolutely clear - it was not an accidental explosion, but an action carefully prepared and carried out by professionals.

Despite the measures taken to search for criminals, the search for perpetrators in hot pursuit has not yielded results so far, although on the same day criminal case No. 24 was initiated. But on August 9, 1996, the main materials of this criminal case were destroyed when a shell hit the building of the FSB headquarters for the Chechen Republic, and in December of the same year the investigation was suspended "due to the failure to identify the person to be charged with." After the signing of the Khasavyurt agreements of 1996, the investigation was not conducted due to the prevailing circumstances on the territory of the so-called Ichkeria. And at the time of the end of the second Chechen war, all possible organizers and performers, most likely, had already been destroyed.

It is sad for a great country that neither the customers, nor the organizers, nor the perpetrators of the assassination attempt on General Romanov have been officially established. And the further we are from this event, the more speculation and conspiracy theories appear. However, it is the state's duty to complete the investigation into this case.

P.S. According to the story of his wife, during a meeting at the General Staff of representatives of all types of troops that were to enter Chechnya, General Romanov was the only one present who stood up and said that the troops were not ready for this operation. Then it could be worth a career. But, apparently, Yeltsin remembered his loyalty during the 1993 putsch, when Kulikov and Romanov did not take his side and the Internal Troops played an important role in his victory over Rutskoy and Khasbulatov. There is a version that this is why he was left in the service, although the warnings were ignored.