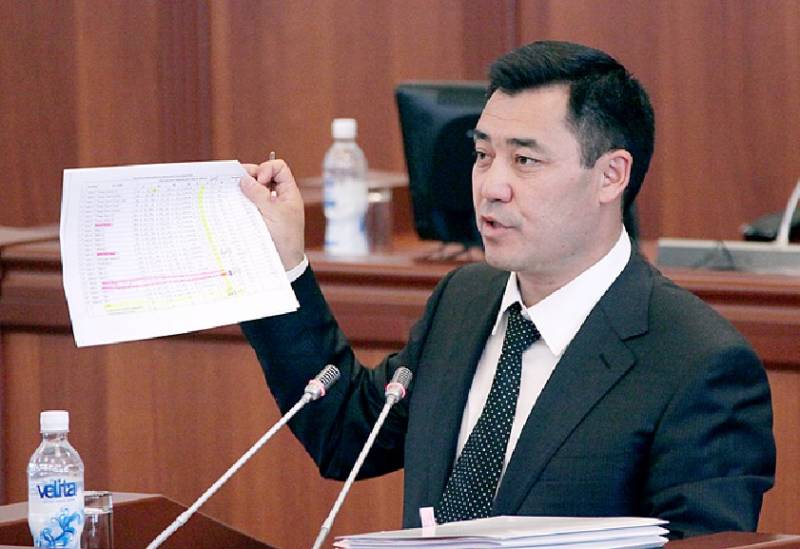 The people who seized the mayor's office of the capital of Kyrgyzstan announced that Zhooshbek Koenaliev became the new city leader. At the same time, the former mayor, Aziz Sukarmatov, did not submit a letter of resignation.


This is reported by the Kyrgyz news agency AKIpress.

Koenaliev is already assimilating in a new position and even began to hold meetings. The new mayor announced a popular revolution in the country and called on all city services to work in an enhanced mode. He himself is trying to quickly understand the specifics of his position:

I know about the situation, but you need to familiarize yourself. There are a lot of questions, a lot of people come.
At the same time, many people gathered near the Government House, including representatives of the Yiman Nuru, Chon Kazat, Reform and others parties.

Tashiev, coming out to the audience, said that, most likely, Sadyr Zhaparov would become the new prime minister. It also became known that some young people are proposed to be appointed as ministers.


According to the still incumbent president of the country, Sooronbai Jeenbekov, an attempted coup took place in Kyrgyzstan that night. The protesters seized a number of state institutions in the capital. The police used rubber bullets and other special equipment. As a result of clashes with law enforcement officers, one person died and about six hundred were injured.

The heads of three regions have already resigned from their posts. Banks have suspended work, and schools have switched to distance learning.

Ctrl Enter
Noticed oshЫbku Highlight text and press. Ctrl + Enter
We are
Yuri Drozdov: Russia prepared the role of the sacrificial calfDecember 2010 years. Russian March. Senseless and merciless? Notes not a Russian person
200 comments
Information
Dear reader, to leave comments on the publication, you must to register.