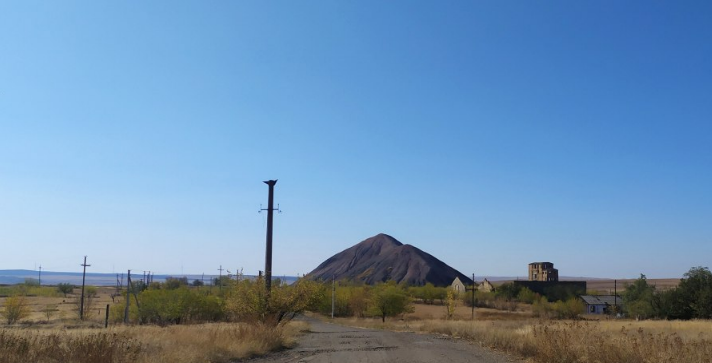 You can treat the local authorities in Donetsk and Lugansk with understanding as much as you like, who are now hostages of the situation, if not for their desperate attempts to hush up real and very sensitive problems, periodically imitating the happiness of “good News". Throwing dust in the eyes of our own citizens is not good, and in a situation when miners and metallurgists do not receive their hard-earned money for months, in fact, it is criminal. It is clear that this practice cannot end with anything good: without a frank conversation from heart to heart, everything will come to at least a complete loss of trust in the government among the population.

Sooner or later, we will have to admit: debts to the local proletariat are growing, enterprises are gradually turning into junk, specialists are scattering to cities and villages, and in general, the entire industry of the LDNR is about to turn into ruins, which simply will not make sense to restore. And you can talk as much as you like about "modernization" and "restructuring" - all these are empty words, not supported by a single action, except for stopping production at unprofitable mine administrations.

One involuntarily gets the impression that some forces are specifically engaged in the destruction of the region's industry. Moreover, it is simply impossible to believe that these are some lonely malefactors who are sawing the metallurgy and mining industry of the republics under cover of night and in silence. It looks like a purposeful activity, the result of which should be a complete de-industrialization of the region. Well, it cannot be that such large-scale actions are taking place outside the visibility of the regulatory authorities, and for several years?

It seems that the industrial potential of Donbass is not very impressive for Russia, which has enough of its own coal (and it is much easier to extract it), and metallurgical enterprises are direct competitors of Alchevsk, Yenakiyevo, Makeyevka, Stakhanov and Donetsk ... Not to mention that everything mined and what was produced in the LDNR still needs to be sold, not the fact that with great profit. In general, there are enough problems with this very industry, and lately there is less and less confidence that someone is going to solve them.

What is happening is more like a desire to realize everything that is possible by slaughtering all not very profitable enterprises and leaving only what will give a guaranteed income. And after that, assimilate qualified personnel at enterprises in the Russian Federation, and fill up the deficit of personnel in the people's militia with unskilled and not too diligent ones. They have nowhere else to go.

Is it possible, if this hypothesis is correct, to accuse the notorious curators of something? Hardly. In the end, one should not forget that the entire social sphere (and not only) in the LPNR has long fallen on the shoulders of Russia, and if not for this help, everything in the republics would have long been covered with a copper basin. It should also be remembered in what state all these enterprises went to the LDNR after 25 years of Ukrainian barbarism. So, if all this happiness is really unprofitable and it makes sense to extend the life of mines and factories, the equipment of which remembers either Khrushchev, or even Stalin, no, then it is useless to lament.

Another question, of a moral nature, is that if the situation is indeed the case, it is quite logical, perhaps it would make sense to speak frankly about it. So that people do not waste their time in vain, do not humiliate themselves and torment their families, trying to earn money where only debts and poverty await them. If this is a deliberate and meaningful decision, it would be necessary to notify everyone who depends on it. Or, if this is all the same theft on a cosmic scale, perhaps it would be worth bringing order?

Although, in principle, another year or two of this attitude towards the industry of the LDNR and its workers, and the issue will be resolved by itself: there will be nothing to steal or restore.

Ctrl Enter
Noticed oshЫbku Highlight text and press. Ctrl + Enter
We are
Results of the week. “In our cooperative, the board is always agreed”Results of the week. "God forbid to see Russian revolt, senseless and merciless!"
54 comments
Information
Dear reader, to leave comments on the publication, you must to register.