How secure is the Northern Sea Route militarily: assessments and problems 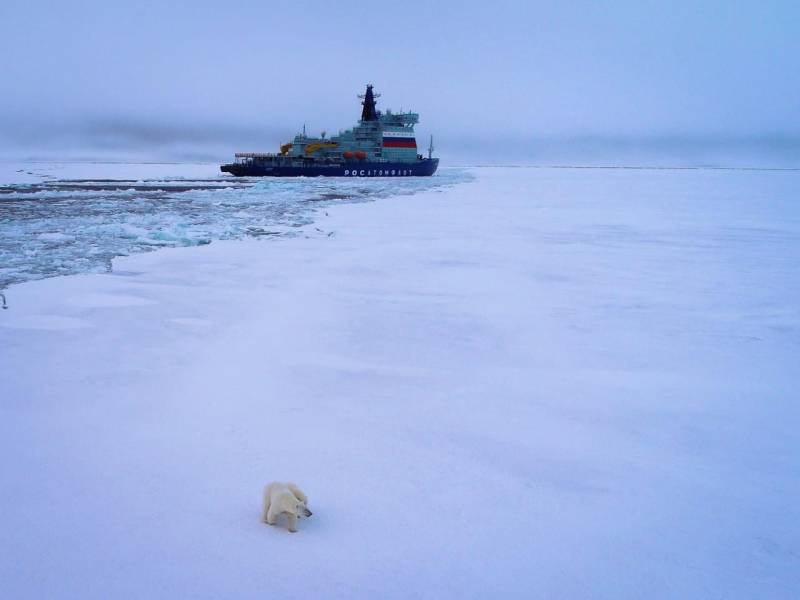 
In 2014, the Joint Strategic Command "North" was created, designed to comprehensively ensure the security of the Arctic region of Russia. Among the main tasks of this security is the defense of the Northern Sea Route. The command includes the fleet, naval aviation, coastal troops and air defense. The main force is the Northern Fleet, and its commander is in charge of the North command. But with fleet we have big and hard-to-solve problems.

There are few modern ships, too minuscule of the required amount is being built. We practically do not have an aircraft carrier fleet. One of our aircraft carriers is almost constantly under repair. So counting on the fleet in the event of a serious conflict with a strong enemy, I think, is not particularly worth it.

At a recent board meeting of the Russian Defense Ministry, Sergei Shoigu said that in the Arctic and the eastern region it is necessary to strengthen and update the military potential of Russia. According to him, by the end of the year the Eastern Military District will receive over 500 units of new and modernized equipment. This will make it possible to re-equip 14 formations, in particular, two anti-aircraft missile regiments for the S-400 complexes and two anti-aircraft missile divisions for the Buk-M1-2 complexes.

The Northern Fleet is equipped with modern military equipment adapted for use in the harsh Arctic conditions. This year he will receive 179 weapons. The fleet has already been replenished with the Knyaz Vladimir nuclear-powered ballistic missile submarine and the Admiral Kasatonov frigate, the Akademik Pashin sea tanker and the Nikolay Skosyrev hydrographic vessel. In recent years, the Northern Fleet has been actively adopting the Tor-M2DT air defense system, the main group of which is deployed on the Kola Peninsula.

An important role is played by units of air defense fighter aircraft, which have MiG-31 aircraft of various modifications. But there are problems. For example, the former Commander of the Russian Air Force, General Viktor Bondarev, once stated that the MiG-31, which previously had a speed of up to 2,83 M, does not accelerate to 1,5 M due to problems with the reliability of the cockpit canopy glass. Such glass is not produced in Russia. He also said that the element base of the onboard electronics of the MiG-31 is based on the technologies of the 60s and does not lend itself to modernization, "it is completely outdated, the programs cannot be changed." Metal fatigue affects. The northern borders are covered by only two IAP with MiG-31, in Perm and Kansk. It is believed that this is enough, since, according to calculations, a group of four aircraft controls the airspace along the front up to 1100 km. This is for the entire 5500 km of the NSR!

There are statements about the deep modernization of these machines. But there is no systematic update.

In addition, the fleet of bomber and reconnaissance aircraft of the Northern Fleet is outdated. An example of this is the disaster on January 22.01.2019, 22, the Tu-3MXNUMX. When landing at the Olenya base, the plane broke into pieces.

New radars have been deployed, for example, "Sky-M". An Arctic force grouping has been created, equipped with weapons and equipment adapted to polar conditions. A military base was built on the Franz Josef Land archipelago for 150 people, an airfield for receiving all types of aircraft. Infrastructure, including for military purposes, is being built along the entire polar coast. Exercises are in progress.

It seems that the NSR and our entire Arctic are reliably protected. But the problem is in Russian weapons, in their compliance with the requirements of modern warfare of a new order. Is the Russian army capable of providing reliable protection of the country with its help?

Today, conflicts are fought with more than conventional weapons. And we are not always on top here. There is something to think about for the leadership of the country and the Armed Forces.

So, I would not be so categorical about reliable protection of the NSR. One thing is reassuring: it is unlikely that someone will start a war for control over him "here and now." The question is the relevance and economic feasibility of its use. So far, frankly, there are not many companies that are ready to change the traditional routes for the delivery of goods from Europe to Asia to the Northern Sea Route, even though it is shorter.

Ctrl Enter
Noticed oshЫbku Highlight text and press. Ctrl + Enter
We are
What you didn't want to know about EnglandCentury Russian Arctic. Challenges to sovereignty and retaliation
108 comments
Information
Dear reader, to leave comments on the publication, you must to register.