Azerbaijan showed video of enemy shelling of its territory: second week of conflict flared up 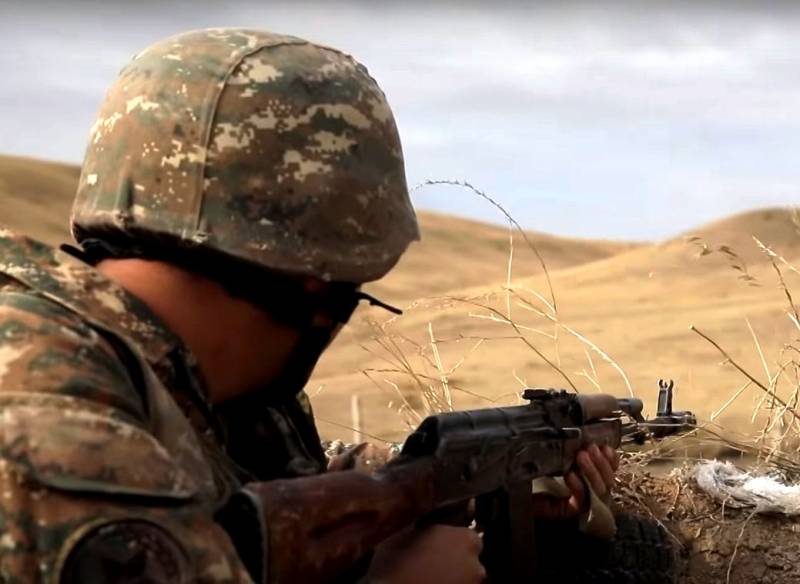 According to the Ministry of Defense of the Republic of Armenia, in the morning of October 5, Azerbaijani troops resumed their offensive in the southern direction of the front.

On the morning of October 5, on the page of Shushan Stepanyan, the press secretary of the Armenian military department, information appeared that the Azerbaijani troops were inflicting intensive missile strikes on Stepanakert. In turn, in Azerbaijan they write about the shelling of the cities of Beylagan, Barda and Tartar.

According to the Ministry of Defense of Azerbaijan, in the morning of October 5, air defense systems registered a missile launch from the territory of the Berd, Kafan and Jermuk regions of Armenia. One of the rockets fell outside the college building, the other near the school in Barda. Also in Baku they say about the shelling of Ganja with Armenian rockets.

In addition, the Azerbaijani military reported on the liberation of the Talish settlement and posted a corresponding video on social networks. On it we see the Azerbaijani soldiers in the village, and the state flag of Azerbaijan that has appeared on one of the buildings. Let us recall that the village of Talish, according to the Armenian version, belongs to the Martakert region of the Nagorno-Karabakh Republic, and according to Baku, to the Terter region of Azerbaijan. It is home to about 180 people.


As you can see, both parties to the conflict retain their traditional behavior: they accuse each other of shelling territories with civilians and claim that it is their armies that are accompanied by success on the front line.

In Yerevan, it is believed that Baku puts forward all accusations against the Armenian side purposefully in order to present NKR and Armenia as aggressors. A similar position, but with an opposite situation, is held in Azerbaijan and, apparently, in Turkey, which today acts as an unequivocal ally of Azerbaijan.

To raise morale, both sides regularly post videos from the front line, where Armenian or Azerbaijani soldiers successfully crush the enemy. For example, here is a video from the page of the Armenian Ministry of Defense:


However, it should be understood that the attempts of the Azerbaijani side to present the conflict in Nagorno-Karabakh as an Armenian aggression against Azerbaijan are fraught with very serious consequences. If the hostilities go beyond the NKR, to the territory of Armenia, the country will have every reason to turn to other CSTO members for help. While they are fighting in the NKR, the CSTO is silent, but will it be able to remain silent in the event of an Azerbaijani invasion into Armenia itself?
Ctrl Enter
Noticed oshЫbku Highlight text and press. Ctrl + Enter
We are
Reports from the militia of New Russia for 27-28 September 2014 of the yearNew war in the Caucasus be?
63 comments
Information
Dear reader, to leave comments on the publication, you must to register.