War in Karabakh. It's been a long time since two in a fight 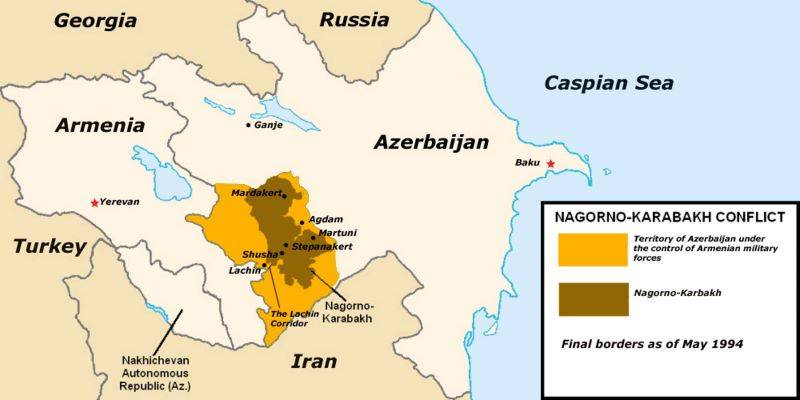 Tehran and Tbilisi are other intermediaries

The Iranian and Georgian authorities offered their mediation to establish a dialogue between Armenia, Nagorno-Karabakh and Azerbaijan. This was done on September 27 and 30, respectively, when it seemed that things might not come to a big war.

This option today is almost the only one in order to prevent a new local war here from escalating into a multilateral military conflict. The long-term confrontation between the Armenian and Azerbaijani sides is a direct and obvious consequence of the geopolitical duplicity of the powers that have taken up the settlement of the conflict.

In this regard, the statement by Iranian Foreign Minister Javad Zarif on September 27 is typical:

We call on the parties to immediately end hostilities and to engage in dialogue to resolve contentious issues. Our neighbors are our priority and we are ready to offer the services of an intermediary to make negotiations possible. Our common region needs peace.
Following Tehran, Georgia offered its mediation services. As its Prime Minister Giorgi Gakharia stated on September 30,

further escalation of the situation will have an extremely negative impact on the security of the entire region. Georgia has good neighborly relations with both countries. Establishing peace meets common interests, and we are ready to organize, through our mediation, a dialogue between representatives of the conflicting parties in Georgia.
But will Baku and Yerevan heed Tehran's and Tbilisi's call? Will the "OSCE powers" not obstruct the mediation of Iran and Georgia? It is worth recalling that with the mediation of the leadership of the Georgian SSR, by the end of the 1920s, the status of some regions of the Armenian-Azerbaijani borderlands was regulated.

Where is the OSCE?

The current events in the Armenian-Azerbaijani conflict are taking place under the conditions of the permanent presence of Turkish troops in the Nakhichevan region of Azerbaijan. There, just 30-40 km from Yerevan, we are talking about a significant group of military advisers to Turkey.

But today we have to talk about the complete political impotence of the so-called OSCE format, established by the same powers that stubbornly ignore Turkey's involvement in the conflict on the side of Baku.

In this context, understandable are both the Turkish President Erdogan's recently announced demand for Armenia "to immediately end the occupation of the territory of Azerbaijan," and the unbridled anti-Armenian propaganda in Turkey and Azerbaijan.

In fact, there is a deliberate provocation of the involvement of Armenia itself in the conflict. Moreover, Russia is being pushed with all its might to military intervention in it, referring to the Russian-Armenian agreement on mutual military assistance (1997) and the joint participation of Russia and Armenia in the CSTO ("Armenia against Azerbaijan: balance of forces").

These events again show that the notorious OSCE format is not only untenable as a force capable of resolving the conflict; it is, in fact, a screen for its escalation. Moreover, Turkey, which seems to be participating in that format, officially supports Azerbaijan in any difficult situations along the entire line of its military contact with Armenia and Nagorno-Karabakh ("If not for Karabakh"). 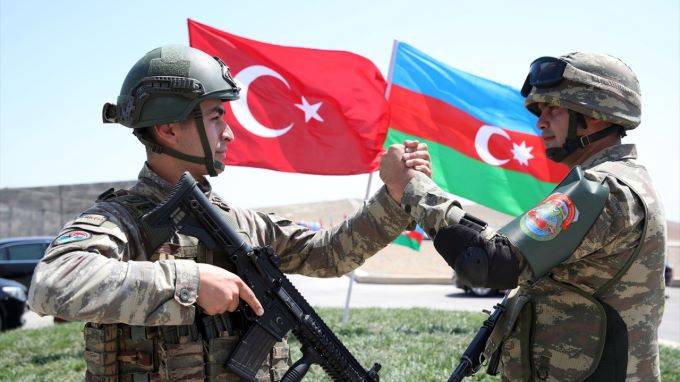 Turkey's willfulness in the OSCE format allows it to use Azerbaijan in every possible way to put pressure on Armenia and in general to create an anti-Russian military-political alliance Ankara-Baku.

The so-called OSCE format has become something of a direct analogue of the notorious Committee on Non-Interference in Spanish Affairs, under the cover of which not only the fascist, but also the Western powers, providing all kinds of assistance to the Francoists in 1936-1938, brought them to power in 1939 ...

And, recall, if not for the courage of miniature Andorra, which allowed the evacuation of the Republicans, their families and refugees, incl. according to Andorran passports, new thousands, if not tens of thousands of Spaniards would have been repressed by the "winners". Even in spite of F. Franco's decision (March 1939) not to block Andorra ...

The recent military maneuvers of Turkey and Azerbaijan not far from Yerevan (in the Nakhichevan region of Azerbaijan) clearly showed Ankara's readiness to directly intervene in the conflict. But the CSTO did not even express concern about such a provocative geography of those maneuvers, and this all the more freed the hands of the initiators of a new military clash.

In addition, Russia, together with Belarus as members of the CSTO and the EAEU, along with Armenia, quite officially supply large amounts of weapons to Azerbaijan, which is regarded there and in Ankara as a "signal" for further military-political pressure on Armenia. 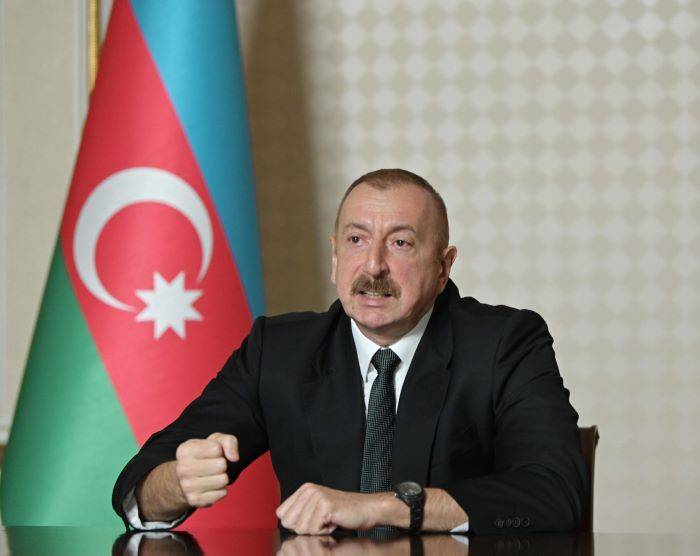 It is not for nothing that I. Aliyev himself expresses gratitude for these deliveries at press conferences with V. Putin and A. Lukashenko, which naturally causes a negative reaction in Armenia. However, does such a pragmatic policy of Moscow and Minsk meet the geopolitical interests of the CSTO and the EAEU, and also the military-political security of Russia?

At the same time, related questions arise: why is not an embargo on arms supplies to Armenia and Azerbaijan imposed on behalf of the UN or the OSCE format, why is there no resistance to Turkish intervention in the conflict, why neighboring Georgia and Iran are not involved in the same format?

Apparently, because the Jesuit geopolitical game continues in the literal sense around the South Transcaucasia and in this region itself. And chestnuts from the fire for the main "scriptwriters" of this game, in the figurative expression of I. Stalin, are dragged by the peoples of Armenia and Azerbaijan.

Plus, the socio-economic and subsequent domestic political consequences of the fall in oil revenues, Azerbaijan's main export revenues, due to the fall in world oil prices, force the authorities to militarize the country and, of course, propaganda.

Compatriots are straightforwardly aiming at the long-awaited "revenge" in relation to Armenia. Moreover, Azerbaijan's opportunities for financial support of the armed forces are much more significant than that of Armenia.

So will there be a big war?

Everyone now understands Russia's dependence on the position that Turkey will take in Syria, as well as its dependence on Ankara's policy with respect to the notorious Turkish Stream gas pipeline. 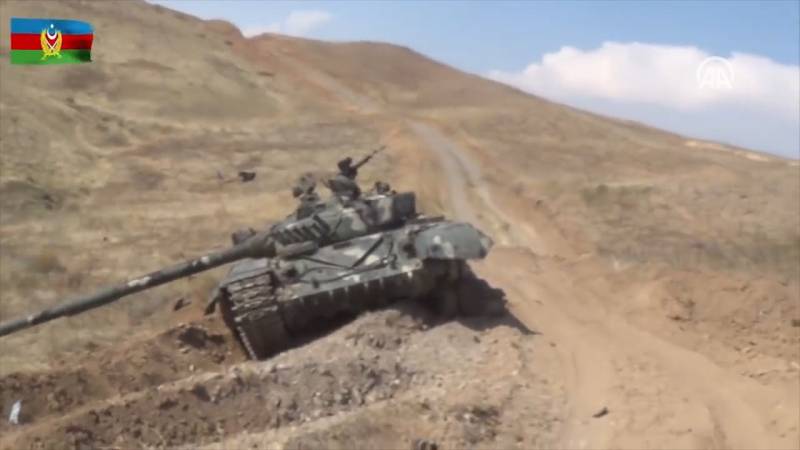 With the growing political obstruction of Nord Stream 2 by the West, it only grows. All this forces Moscow not to rush with public guarantees of Armenia's military security.

In addition, the long-standing, since 1993, transport blockade of Armenia by Turkey has not yet received a proper official assessment from Russia, as well as the CSTO and the EAEU. Let us note that this is happening against the background of, shall we say, the deliberately official military-political support of Azerbaijan by Turkey.

In turn, this only strengthens the political orientation of Armenia towards the West. With the development of the aforementioned scenario, it may well happen that the situation with Nagorno-Karabakh in favor of Azerbaijan will be resolved in the way that Donald Trump recently did with respect to the Serbian-Kosovo conflict.

Let us remind you that it all boiled down to the forcible coercion of Serbia to indefinitely renounce its claims to Kosovo, torn away from it by the West and Turkey, and to the settlement of the conflict on "American-Kosovo" terms ("Who can now be frightened by the ghost of Great Serbia").

However, in terms of political geography, at least the initial stage of settlement is hardly possible if Yerevan and Stepanakert controlled by it do not offer the return of a number of Azerbaijani regions near Nagorno-Karabakh to Baku. With the simultaneous lifting of the transport and economic blockade of the Nakhichevan region of Azerbaijan, which is inside Armenia.

Such a scenario, just with the mediation of the OSCE or Georgia and Iran, will certainly contribute to ending the Turkish transport blockade of Armenia. This, in turn, could significantly reduce the role of the Turkish factor in the conflict.

With such a political and geographic "denouement", its final settlement will be a purely bilateral prerogative, the Armenian-Azerbaijani one.

It is obvious that any uncompromising scenarios in this region, as shown by past and especially current events there, are capable of causing precisely a multilateral military-political conflict.

Ctrl Enter
Noticed oshЫbku Highlight text and press. Ctrl + Enter
We are
Bashar al-Assad: In Syria, not the “revolution” that the enemies are talking about, but the revolution of the army and the people against terroristsCaucasian affairs
55 comments
Information
Dear reader, to leave comments on the publication, you must to register.