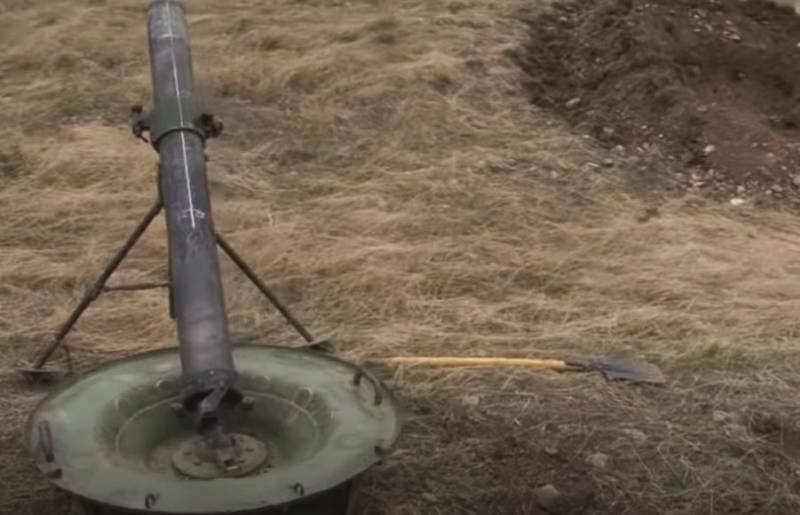 Today, in any modern military conflict, a relatively new type of recording the results of application is especially effective and widely practiced. weapons - shooting from cameras of drones and unmanned aerial vehicles. Based on the videos from the Azerbaijani side, one can draw some conclusions about the tactics of the sides: there is a tracing of the experience of the military operations of the Turkish army itself in Syria and Libya.


This concerns, first of all, the use of reconnaissance and attack drones, which arrived in Azerbaijan from Turkey together with experienced operators. In addition to Turkish ones, Israeli UAVs are used, as well as ATGM "Spike", OTRK "LORA", patrolling ammunition "IAI Harop", "Hermes 900". Azerbaijan itself has been producing UAVs "Aerostar" and "Orbiter-2011M" since 2, which are obviously used.

The tactics of the Azerbaijani forces are determined by the presence of the listed modern weapons systems, which Armenia does not have. The main feature of the operation is the massive and effective use of high-precision weapons, primarily strike UAVs. Their main goals are Tanks, air defense systems, artillery, MLRS, command posts, ammunition depots, locations of units, accommodation of personnel, including in dugouts and shelters, at stops, convoys of equipment on the march, bridges, infrastructure facilities, administrative buildings and structures. The first task is to destroy the air defense system and open the sky for aviation... Near Stepanakert, the drone allegedly destroyed the Armenian S-300 air defense system. Before that, there were videos about the strike using a kamikaze drone, apparently "IAI Harop", on the S-300 near Goris on the border with the NKR. There are many clear videos about the destruction of the Osa AKM and Strela-10 air defense systems (the main air defense system of the Armenian forces). Judging by the footage, it was mainly the Turkish Bayraktar TB2 UAVs that were used.


There are many shots of striking the columns of equipment. It is noticeable that the technique in caponiers and in positions is open, without disguise. There is a video of the defeat of a UAV of a moving MLRS "Grad".

There are footage of the latest Russian electronic warfare "Repellent" system, probably destroyed by a kamikaze drone, intended to suppress small UAVs.

Infrastructure is being destroyed. With the help of the Israeli OTRK "LORA" an attempt was made to destroy the bridge over the Akar River on the road between Armenia and NKR. Electricity supply in Stepanakert is out of order. The unrecognized NKR, in response to the strike on Stepanakert, hit the Smerch MLRS at the city of Ganja.

The goal of the Azerbaijani army is to almost completely deprive the Armenian Armed Forces of military equipment and material and technical resources and the ability to replenish them, which will lead to the impossibility of conducting hostilities. As a result, the Armenian military must be convinced that their resistance is doomed due to the obvious advantage of the enemy over them. Through the statements of Aliyev, who actively comments on and personally leads the information support of the operation, they are given the following alternative: either to leave the Azerbaijani land, or inevitably perish. This is also a tactic. During Desert Storm, the Iraqi army was so demoralized by prolonged coalition bombing that it lost the ability to resist, and entire units surrendered without a fight.

There is no goal to kill as many enemy soldiers as possible. As the destruction of equipment, depletion and resources, ammunition, food and fuel and lubricants by constant precise strikes, the enemy is deprived of the opportunity to wage a war, his will to resist is suppressed, the defense collapses and the surrender of positions and territory occurs.

Briefly: Armenia has an army of the XNUMXth century, while Azerbaijan has elements of the XNUMXst. Hence the difference in battle tactics.

Ctrl Enter
Noticed oshЫbku Highlight text and press. Ctrl + Enter
We are
Once again about sore, or ATGM and patriotismErrors of Armenia and the success of Azerbaijan ("Journal of Turkish Weekly" Turkey)
160 comments
Information
Dear reader, to leave comments on the publication, you must to register.