At the forefront of scientific and technical thought 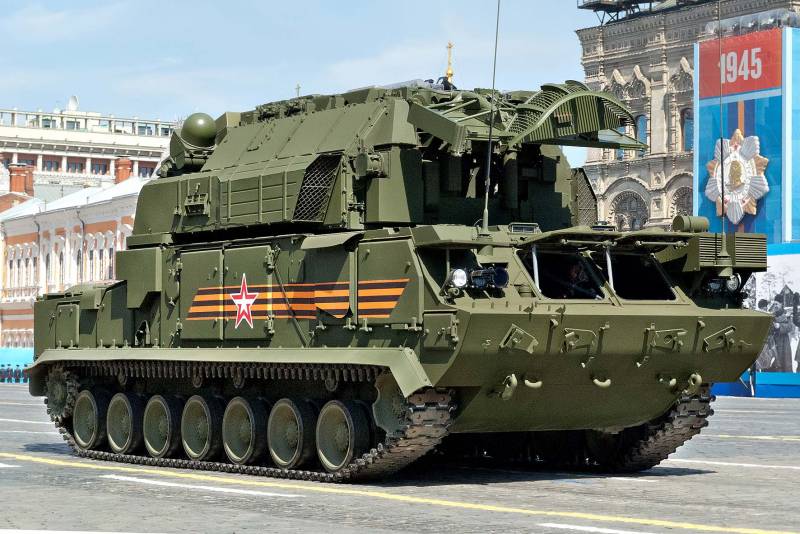 A sharp increase in the role of high-precision weapons and UAVs in modern warfare have noticeably increased interest in the most optimal cost / effectiveness means of dealing with them - short-range anti-aircraft missile systems. At the same time, the improvement of air attack weapons "spurs" the reciprocal development of air defense systems.

Thus, the Tor-M2 air defense missile system, the main means of combating anti-aircraft warfare and UAVs in the tactical echelon of the ground forces, is regularly upgraded. R&D is carried out in a number of areas, including: expanding the affected area, increasing the ability to combat high-speed, small-sized and low-flying targets, further strengthening noise immunity, improving control systems and full automation and robotization of the complex.

How large are the modernization reserves of the Tor family air defense systems? Several years ago, one of its creators, IM Drize, noted that he "sees no limits for improving the complex." The words of the chief designer of the BM SAM "Tor" are confirmed by unofficial information about the results of the use of the complex. So, if the technical passport of the products indicates the maximum target speed of 700 m / s, then the penultimate version of this family, the Tor-M2K air defense system, which is in service with the RB army, according to the Belarusian military, shot down targets flying at a speed 1000 m / s. If the minimum target flight altitude "according to the passport" is 10 m, then during the tests "Torah" hit targets at heights of 4-5 m. The difference between the unofficial achievements and the official characteristics of the complex is the difference between records and a "factory guarantee". That is, the performance characteristics specified in the passport are guaranteed by the manufacturer, but this does not mean that they cannot be surpassed during operation. Note that Western manufacturers are taking a different path, often recording the maximum achievements of their air defense systems in official announcements. But IEMZ "Kupol" adheres to a responsible marketing policy. Another thing is that sooner or later records are fixed, including in the technical passport. For example, successful firing of the Tor-M2U air defense system in motion was carried out in 2016, but this characteristic was included in the technical passport only in 2019. There is no doubt that with the further development of the complex, the above record values ​​will also become official characteristics.

The complex also has serious latent capabilities in improving intelligence and communications systems. Some of these capabilities were implemented in the course of the recent modernization of the set of communications equipment, which significantly increased the range and reliability of information exchange, the ability to reconnaissance the air situation, etc. In order to further increase the mobility of the complex, work is underway to create a floating carrier base. Both individual units and devices and the whole complex are being improved.

Work on the modernization of the "Tor" family of air defense systems is carried out by their parent manufacturer and developer IEMZ "Kupol" in cooperation with leading domestic research institutes and design bureaus on this subject. The plant recently signed a cooperation agreement with the military innovative technopolis ERA (see National Defense).

Along with an assessment of the further development paths of the "Tor" air defense systems, it is interesting to compare them with promising Western-developed complexes. In what direction are our European partners moving? An example of modern Western approaches to the design of the MD air defense system for the next decade is the Project 7628 Kampluftvern. Prototypes should be ready in 2022-2023. Despite the fact that information about a nonexistent complex is understandably fragmentary, certain conclusions about the appearance of a promising western air defense missile system MD can be made. Anti-aircraft variant will be applied in Kampluftvern aviation SD IRIS-T. It is a powerful and well-proven rocket. However, in the anti-aircraft version, the IRIS-T loses many of its capabilities, for example, due to the need to climb and speed when starting from a land installation, it has a noticeably lower speed and flight range than an aircraft prototype. But the infrared seeker in the missile defense system is preserved along with all the advantages and disadvantages of this guidance method. In particular, there are serious doubts about the possibility of using missiles with IKGSN in difficult climatic conditions and in the dark (while the air defense systems of the "Tor" family are all-weather and all-day). But the main thing is that the IRIS-T missile was put into service in 2005, that is, a promising air defense system is being created for a fifteen-year-old missile! (Note that the 9M338K SAM "Tor-M2" was put into service only five years ago.) Here, the desire of the developers to take the easy path is obvious, reducing the cost of creating a new complex by making old decisions. It is also significant that one BM Kampluftvern, judging by the sketchy images, carries only 6 missiles, while the BC of one BM SAM "Tor-M2" are 16 missiles. Opportunities to repel a massive raid near the western complex are several times less.

A serious weakness of all modern Western MD air defense systems is the lack of specialized radars. They are equipped with unified radars (RAC-3D, Giraffe AMB, TRLM 3D, etc.), placed on separate platforms. These radars take a long time to deploy (10-15 minutes versus 3 for the "Thor"), which can have critical consequences in a fast air battle. In addition, it becomes fundamentally impossible to provide shooting in motion. The first "bell" for lovers of easy routes rang in 2015, when the Australian army, when ordering the air defense missile system MD NASAMS 2, categorically refused to purchase the existing radars that are part of these complexes. Thus confirming that non-specialized radars do not fully meet the tasks facing the MD air defense system. The Australians demanded the development of a new radar, although they retained the exploded layout.

The published sketches of the Kampluftvern air defense system show that they have a radar (it is not clear which one) is integrated with a combat vehicle. If the thumbnail images correspond to reality, then this is evidence that Western developers have realized (twenty years later!) The inferiority of the spaced layout. But even in this matter, they find themselves in the role of lagging behind, given the fact that all Russian air defense systems MD (starting with the "Wasp") have always had air reconnaissance systems integrated with BM.

In general, the general direction of development of foreign air defense systems MD remains the same: when creating them, well-proven products are used that were previously created for completely different purposes. This makes it possible to reduce the cost of the development process, but always leaves Western developers one step behind and the creators of other types of weapons and military equipment (for example, aviation missile launchers) and Russian designers who improve air defense systems without waiting for someone to do their work for them. As a result, the Russian army and the armies of Russia's allies receive weapons corresponding to the heights of modern scientific and technical thought.