Water cannons used against protesters in Belarus, Tihanovskaya is going to visit Merkel 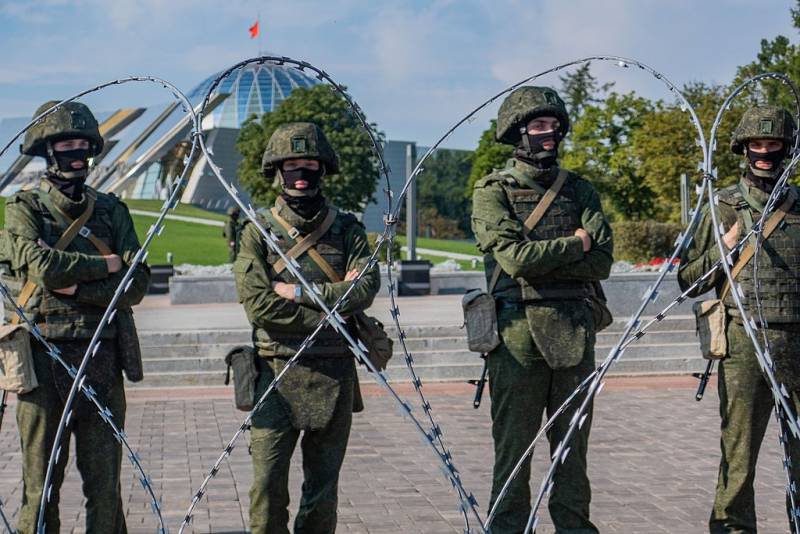 Armored vehicles were seen not far from the residence of the President of Belarus Alexander Lukashenko in Minsk. At the same time, the State Flag Square in the area of ​​the Palace of Independence has been cordoned off by a double ring of law enforcement officers and the military since the morning.


In addition to army equipment, trucks with barbed wire appeared on the square.

Personnel of a resource controlled by Poland:


Protest actions in Minsk and other cities of Belarus began on August 9. The demonstrators disagree with the official data of the presidential elections, according to which the incumbent head of state, Alexander Lukashenko, won. The protesters claim the results were falsified. In addition, they oppose human rights violations in Belarus, as well as the abuse of power by the security forces in the course of dispersing demonstrations and arresting participants.

Today it became known that Svetlana Tikhanovskaya, who lost the elections, is going to visit Germany on October 6 and meet with Angela Merkel. Merkel confirmed her readiness to meet with Tikhanovskaya, saying that she admires women who protest for justice. But for some reason, Merkel does not admire women who come out to protest for justice in Berlin. These women are twisted by the German police and sprayed with tear gas, which the Bundescanzlerin apparently does not particularly regret.

Ctrl Enter
Noticed oshЫbku Highlight text and press. Ctrl + Enter
We are
"Support the Belarusian people": Tihanovskaya from Vilnius appealed to the Russians“Belarus has embarked on the path of a non-violent revolution” - Tikhanovskaya addressed the European parliamentarians
223 comments
Information
Dear reader, to leave comments on the publication, you must to register.