August 12 2012
270
- What happened to the submarine Kursk?
- She drowned.
From an interview with Russian President Vladimir V. Putin Larry King

Twelve years ago, 12 August 2000, one of the worst disasters in the Russian stories. The nuclear submarine Kursk has gone to the bottom of the Barents Sea. The submarine missile carrier sank at a depth of 108 meters. All 118 people aboard the ship died. The whole country watched how the crew of the boat tried to save and then lift it from the bottom of the sea. At the same time, the whole of Russia was discussing various versions of the catastrophe, questioning them. After 12 years after the tragedy, the question of how the Kursk submarine still died is still of great interest to many Russians. Many simply do not believe the official version, according to which the explosion of the remote torpedo 65-76 "Kit" became the cause of the death of the boat.

The submarine "Kursk" was exemplary. According to the results of the year of 1999 competition, the Kursk APRK K-141 was recognized as the best in the 7 division. Five submarine cruiser combat units are “excellent”, 23% of crew members are masters of military affairs, the remaining 77% of submariners are specialists of the 1 and 2 classes. Even before the tragedy in the Barents Sea, the submarine commander Gennady Lyachin was presented to the rank of Hero of Russia.

In August-October 1999, the Kursk APRK took part in an autonomous march into the Atlantic Ocean and the Mediterranean Sea, having previously performed an “excellent” rating on the prize of the Commander-in-Chief of the Russian Navy. The submarine was marching to the Mediterranean Sea according to the plan and under the control of KSF commander Admiral Popov V. A., who described the actions of the submariners in such a way: “The commander of the Kursk nuclear-command and control missile completely managed to realize our plan. He led the ship unnoticed through Gibraltar into the Mediterranean, it was not a breakthrough, but a song! ” 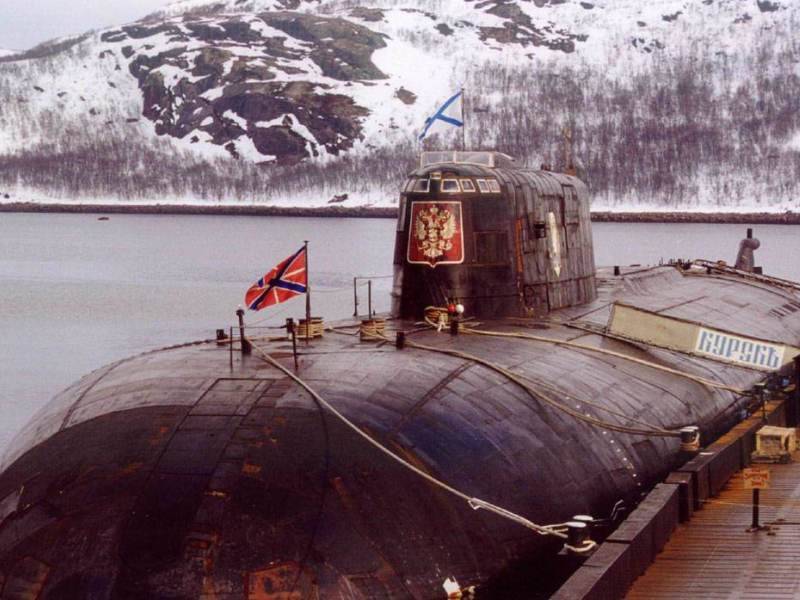 In the Mediterranean, the Kursk submarine monitored the 6th fleet The US Navy, which included the Theodore Roosevelt aircraft carrier, from which aircraft took part in the bombing of Yugoslavia in 1999. During the course of its Mediterranean campaign, Kursk carried out 5 conditional attacks on real targets. As a result of this campaign, 72 crew members of the boat were presented to various government awards.

The sudden appearance of a Russian submarine, which is classified as an "aircraft carrier killer", caused panic in the ranks of the US NNXX fleet. The anti-submarine forces of all the states of the Mediterranean basin that are part of the NATO bloc were involved in the search for the Kursk. Despite this, K-6 disappeared from the Mediterranean just as suddenly as it appeared, dealing a crushing blow to American pride. After this incident, a number of commanders, including the commander of the antisubmarine defense of the Gibraltar zone, were deprived of their positions.

10 August 2000, the submarine K-141 "Kursk" went to sea to participate in the three-day planned exercises, this campaign was the last for the Russian nuclear-powered ship. According to the plan of 12 August exercises in 9: 40, “Kursk” was supposed to start training, and in the period from 11: 40 to 13: 40 to conduct a training attack of the aircraft carrier group of ships. Recent entries in the logbook of the boat were left in 11: 15 minutes 12 August. On the same day, in the 11: 30 area, the Norwegian seismological stations recorded 2 jolts, the strength of which was on the Richter scale 1,5 (taking into account the distance from the epicenter, this was equivalent to an explosion of TNT xNUMX kg) (equivalent to 100-3,5 tons of trotyl) ). These shocks occurred at intervals of 1 minutes at sea at a distance of about 2 km from Severomorsk. On the same day, the submarine Kursk did not get in touch and an alarm was announced in the 2 hour of the evening. 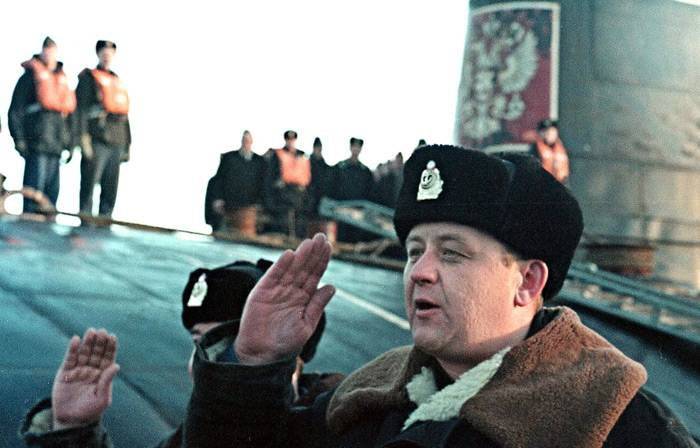 The official version of the catastrophe is the 65-76А “Kit” torpedo blast. The crash report was published in 2002 by Russia's Prosecutor General Ustinov. According to a report in 11 hours 28 minutes 26 seconds Moscow time, a torpedo "Kit" exploded in a torpedo tube No. 4. The cause of the explosion was recognized leakage of components of the fuel torpedoes, specifically - hydrogen peroxide. After 2 minutes, a fire that broke out in the 1 compartment led to the detonation of the torpedoes here.

In the course of the investigation, it was established that the Snegir tape recorder was turned off on the boat, which was supposed to record the crew’s hands-free conversations; the toggle switch was off in the corresponding position. According to the regulations during the preparation of the training attack, this equipment should have been turned on. In addition, it was established that the emergency buoy alarm system was not turned on at the Kursk automatic missile defense system and the antenna emergency ejection system was turned off for several years. From the emergency buoy the factory fastening device was not removed, which simply did not allow the buoy to surface. 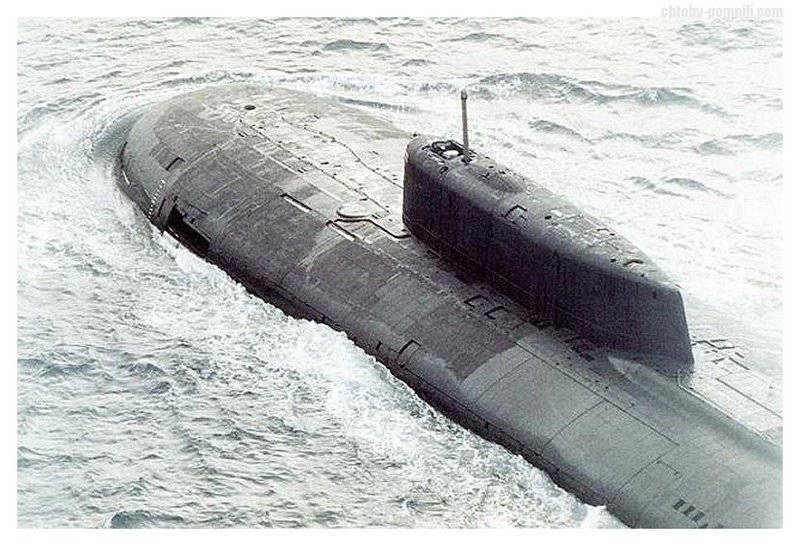 Close enough to the official version of Vice Admiral Ryazantsev, who was a member of the government commission to investigate the causes and circumstances of the death of the nuclear submarine Kursk. According to his version, the first explosion of the so-called “thick” torpedo occurred because of its filling with non-greasy high-pressure air, which the crew of the boat performed on August 11 on the 2000 of the year, using the wrong instructions. Until August 12, the air filled into the torpedo could not get into the oxidizer tank, since the torpedo was in the rack, the shut-off valve was closed, and safety devices were located on the air channel. Uncontrolled reaction of hydrogen peroxide, which led to the explosion, occurred after the torpedo was loaded into a torpedo tube.

Unfortunately, for the crew of the Kursk, all boats of this class have one constructive disadvantage. To prevent an overpressure in the 1 compartment during salvo firing with torpedoes, the flaps of the general vessel ventilation system during firing remain open. Thus, after the explosion of the 65-76А torpedo, the shock wave enters the 2 command compartment of the boat and the entire composition of this compartment receives a serious contusion, disabling. According to Ryazantsev, the second explosion on the boat is not connected with a fire, but with the fact that the Kursk APRK with the 1 compartment filled with water at a speed in the 3 node with a trim to the nose in 40-42 degrees encounters the ground at 108 depth . At this moment, the battle torpedoes, equipped with fuses and located in the apparatus number 1, 3, 5 and 6, crumple and explode.

If we talk about unofficial versions, we can distinguish four of the most common, two of which are related to the participation of American submarines in the incident. In the course of investigating the causes of the catastrophe, the option of colliding a submarine with a mine from World War II was considered, which was ultimately declared untenable. Experts familiar with the strength characteristics of submarines of the Kursk class, noted this version initially. 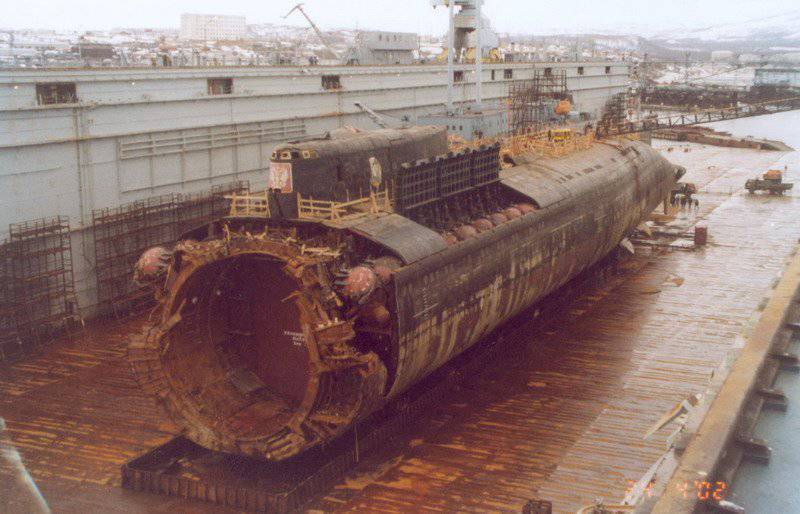 Also on the Internet, the version that the Kursk was sunk as a result of a missile hit by one of the ships that took part in the exercise was spread. The author of this version is the former captain of the first rank Alexander Leskov. According to him, a submarine of the class "Kursk" for physical reasons (the length of the boat is greater than the maximum depth of the sea under it) could not be under water in a given area. In his opinion, the boat was hit by an anti-ship missile fired from one of the ships while on the surface. However, most submarine officers call this version a complete nonsense.

At the same time, violations during the organization of the exercises took place. The area of ​​action of the Kursk AISSD included a part of the combat training ground of the Northern Fleet, which was not intended for joint work on combat missions by anti-submarine warships and nuclear submarines. In addition, the execution of the task that stood before the "Kursk" in the area was significantly hampered by its shallowness. In the place of its flooding, the boat could not perform all the tactics of attack, acting against the ships of the anti-submarine strike group and the battle group of ships, namely, maneuver in depth while searching and attacking surface ships, and also conducting reconnaissance, dodging after attacking surface ships, developing speed more than 12 nodes.

Along with this, during the official investigation it was established that 12 August was a day of firing of submarines, none of the surface ships of the Northern Fleet participating in the exercises, firing and missile launches. In addition, it was found that the boat at the time of the tragedy was under water and was at the periscope depth. On the submerged Kursk, retractable devices were lifted: a periscope, an observation and identification station antenna, a communication antenna, that is, that set of equipment used when moving under water. 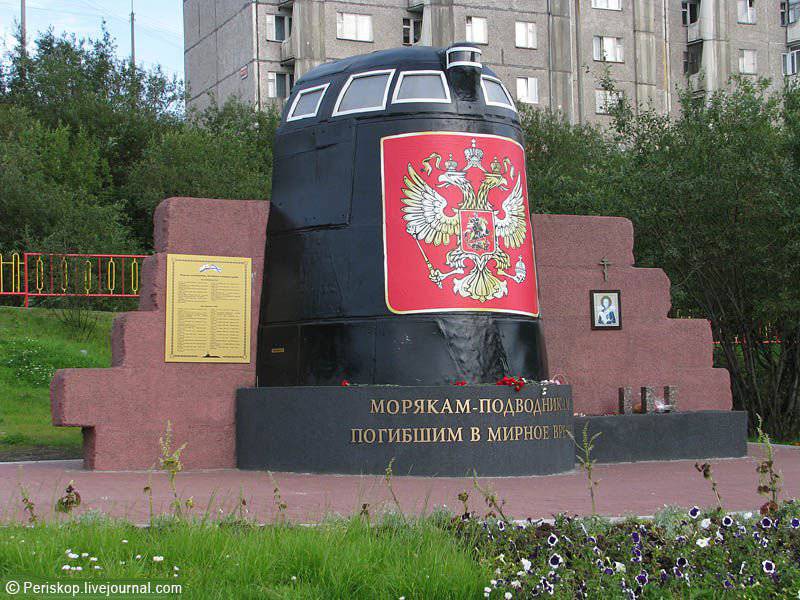 The most talked about were versions involving American submarines. Immediately after the crash, a number of officials and admirals claimed that the Kursk could have been torpedoed by a US submarine. The French director Jean-Michel Carré even shot the documentary Kursk. Muddy Water Submarine, which was shown on January 7 2005. It argues that the torpedo attack by the American submarine Memphis was the cause of the death of the Kursk APRK. According to the version voiced in the film, at the time of the shooting of the new torpedo "Squall", Kursk was observed by two American submarines: "Toledo" and "Memphis".

The film assumes that Toledo was in close proximity to the Kursk and could have run into it (the video of the Kursk lying on the ground shows long gaps on its body). After that, in order to warn a possible salvo of "Kursk" at "Toledo", being at a distance of "Memphis" fired at "Kursk" with a torpedo Mk-48. The film’s director, Carré, claims that President Putin deliberately concealed the truth about what happened to the boat in order not to drastically worsen relations with the United States and for fear of a possible military conflict.

According to another version, there was no torpedo attack, but the cause of the first explosion could be a foreign submarine, ramming the Kursk in the area of ​​torpedo tubes. According to the captain of the first rank Mikhail Volzhensky, the sliding blow of the horizontal rudders of the submarine could lead to a serious deformation of the Kursk torpedo tubes.