The bridge survived, unlike the villages: the chronicle of the fighting in Karabakh on the video of the sides 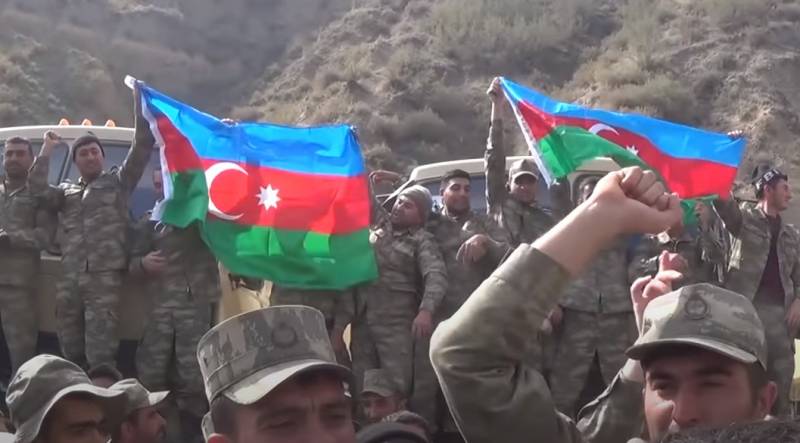 The Azerbaijani Defense Ministry demonstrates footage of the territories taken under its control. We are talking about the village of Talysh. At the same time, a column of automobile military equipment is shown, crushed at one of the mountain passes, military vehicles, which are separately found along the roadbed.

The village of Magadiz was also under the control of Baku. Immediately after that, the head of the republic, Ilham Aliyev, returned to this settlement historical name, renaming it Sugovushan.

Video footage from the Armenian side demonstrates preparation for defense on the basis of civilian infrastructure, indicating the approach of the enemy to settlements.

The destruction of civilian objects is captured. It is difficult to call Baku's attempt to destroy the bridge leading from Karabakh to Armenia successful. Judging by the available materials, the strike of the OTRK of Israeli origin LORA fell on the "edge" of the structure. The bridge survived, although earlier the Azerbaijani side announced its destruction. The fence indicates that the bridge is only partially non-functional. In this regard, questions arise about the effectiveness of the use of the Israeli system, which has a warhead weighing 240, 400 (high-explosive fragmentation) and 600 kg (penetrating). There is information about the use of Baku MLRS LAR-160, also of Israeli origin. 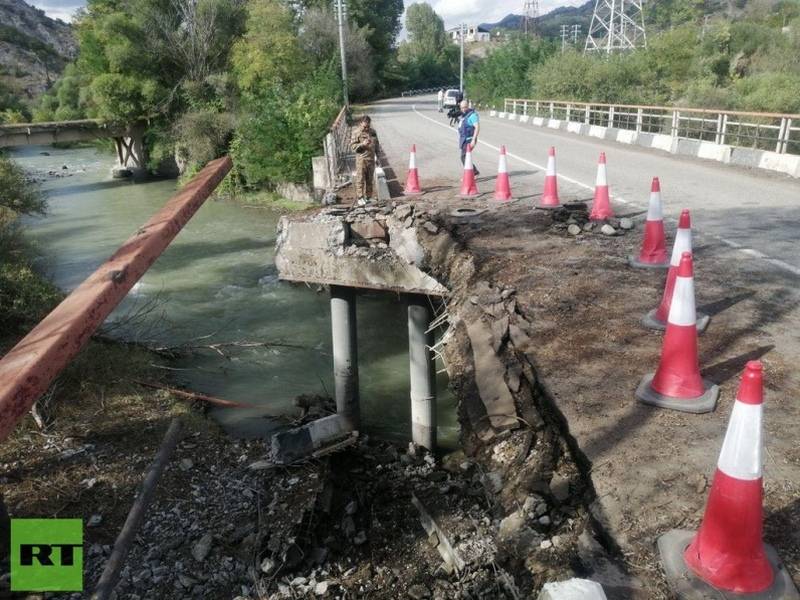 Apparently, the Azerbaijani troops managed to capture a number of strategic heights. At least one video shows artillery shelling at a number of highlands surrounding the Armenian positions.

The footage captured by Azerbaijani drones shows the defeat of armored vehicles and personnel by air strikes. In particular, clusters of tanks, which are disabled in turn.

Despite the air superiority of the drone aviation Azerbaijan, the anti-aircraft fire of the Armenian troops makes it possible to eliminate a number of targets, in particular, the video, as stated, shows the destruction of the rotorcraft.

In a number of cases, it is possible to strike at the enemy headquarters: as explained in Baku, the destruction of a field command post was recorded from the UAV. 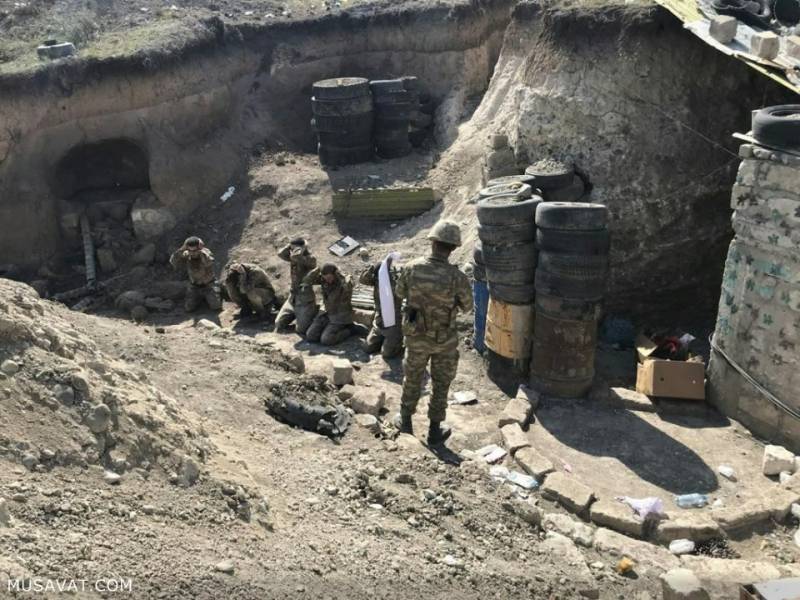 
A number of attacks by Azerbaijani units are "cut off" by fire from an arrow weapons... The well-developed fortification infrastructure allows to restrain the enemy offensive.

Ctrl Enter
Noticed oshЫbku Highlight text and press. Ctrl + Enter
We are
Aliyev called Turkey a brotherly country for Azerbaijan, and the Armenian Prime Minister - a protege of SorosNew war in the Caucasus be?
241 comment
Information
Dear reader, to leave comments on the publication, you must to register.