Known facts:
- 2000 year. Information appears in the press that the construction of the Novik missile defense system is no longer under way, the ship’s readiness status is estimated at 20 percent;
- 23.03.2001 of the year. It is becoming known about the financing of the completion of the Novik sentry. It was about 90 millions of rubles. Messages appear on the ship readiness in 7.4 percent. This is the only ship for the Navy under construction at the Yantar shipyard.
- 2002 year. The press mentions the TFR of the 12441 Novik project, its readiness is already estimated at 12 percent;
- March 15.03.2002, XNUMX. The press reported that the command of the naval fleet The Russian Federation decided in 2002 to stop financing TFR;
- 2007 year. The decision is made to rebuild the TFR Novik into the training ship Borodino according to the 12441 project;
- 2010 year. In the media, there were photos of the Borodino MC, in which a change in the hull is noticeable. It was primed.
- mid 2011 of the year. The hull of an unfinished ship (without visible changes) was lowered into the water, freeing its slipway for laying another ship

TFR of the 12440 project
The history of this ship begins with 1982, when it began to be designed as a patrol ship of the 12440 Thunder project. The main developer is the Leningrad design bureau Almaz. Chief Designer - L. Yelsky. The main purpose of the guard is to protect the coastal zone. The TFR of the 12440 project receives enhanced impact capabilities, since it was created in competition with the Zelenodolsk TFR Cheetah of the 11660 project. Zelenodolsk Design Bureau created a guard in the interests of export for the Indian Navy. The main differences between the projects - the 12440 project had more powerful anti-ship missiles and a helicopter.

It was planned that the TFR of the 12440 project would be a further development of the ship of the 11660 project, for which the hull and deck superstructures are made using stealth technology. Due to the technical requirements, the TFR receives a relatively small (for this class of ships) displacement in 2900 tons. Therefore, the designers planned the installation of the main armament in the opposite ends of the ship in the 2-x groups: in the bow of the ship and the stern of the ship (helicopter hangar area). If we consider such a layout from the point of view of combat survivability, it was not entirely successful - but having a powerful anti-ship missile system, anti-submarine missile system and anti-submarine helicopter, it could be compared with similar foreign ships. The technical project of the 12440 escort ship was adopted in 1991, the final design of the project was completed in 1994, after which the construction of the outpost on the 12441 Thunder project began.

TFR of the 12441 project
The first pledged 26 in July, 1997, of the Novik TFR was the lead ship of the project, when it was bookmarked, it received the factory number 1900. 16 July 1997 was added to the Navy TFR lists. Construction was carried out at the Kaliningrad shipbuilding plant "Yantar". The plans were to lay the second and third patrol ship under the names Peresvet and Rurik, but the plans were not destined to be realized. It was planned to launch a new ship in the first years of the new century, but at the end of 90, the Navy command changed priorities and approaches for building new ships, and the construction of the TFR of the 12441 project was stopped. At the beginning of 2000, the ship’s total readiness remained at the level of no more than 20 percent. 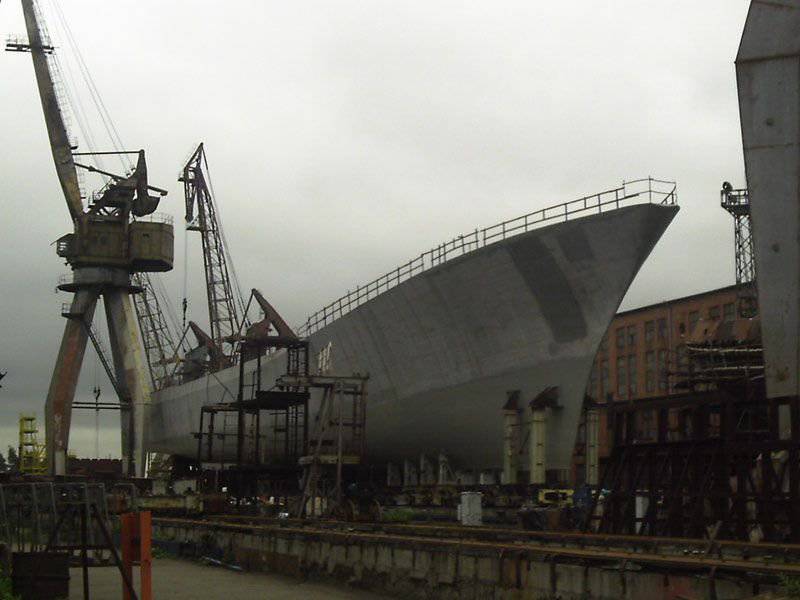 The TFR of the 12441 project was required for long patrols and search for enemy submarines, protection and protection of ships and vessels during sea crossings and coastal protection. 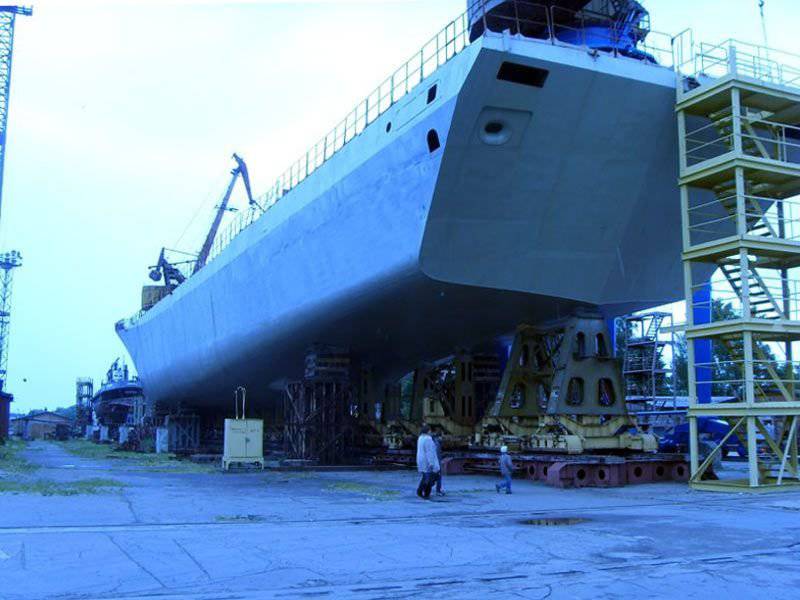 TFR received a hull with deck superstructures, made with the use of technology "Stealth". Vertical surfaces of superstructures have different angles of inclination and represent special shapes, which reduces radar visibility. 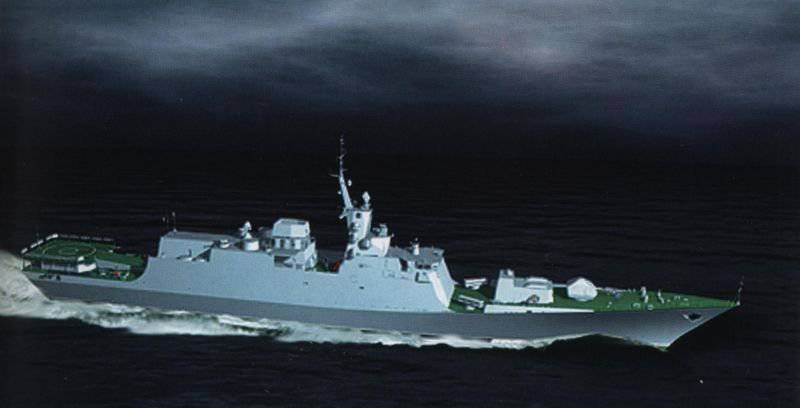 Power gas turbine type with 2 marching and 2 afterburner engines. It makes it possible to make transitions at speeds up to 57 km / h and a range of 4800 miles at cruising speed.

The training ship "Borodino" project 12441
In 2001, work began on modifying the project so that the ship could be completed with the launch of the ship in 2008. However, these plans did not come true, seeing the impossibility of completing the ship on time, in 2007, the decision was made to complete the TFR as a training ship on the 12441 project called Borodino. At present, work on the completion of the ship, if conducted, then at a very inconspicuous pace. There have been almost no noticeable changes in the last few years for the completion of the training ship Borodino.

The long-suffering ship project, eventually becoming a 12441 project - a training ship called the Borodino, retained many structural elements of the hull and deck superstructures, but lost a significant part of the equipment and EW. The crew rest rooms and the cabins will be converted to accommodate future officers (cadets) from naval academies and colleges. The ship will be equipped with an appropriate base for testing various types of both standing equipment and units, as well as new models. 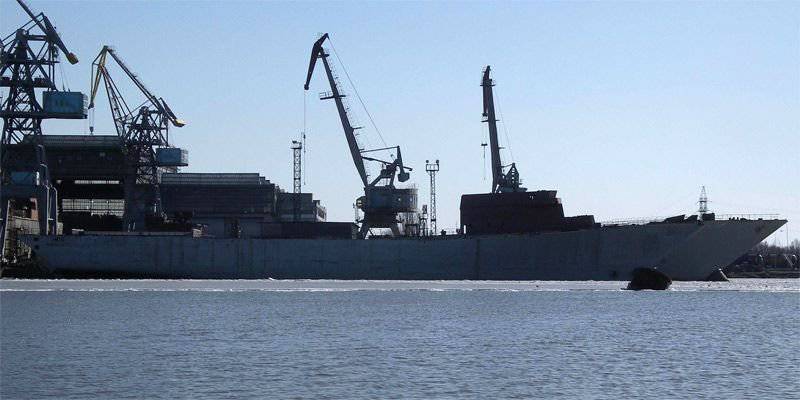