Lurking "Lynx": can a new BMP change the balance of power in the arms market 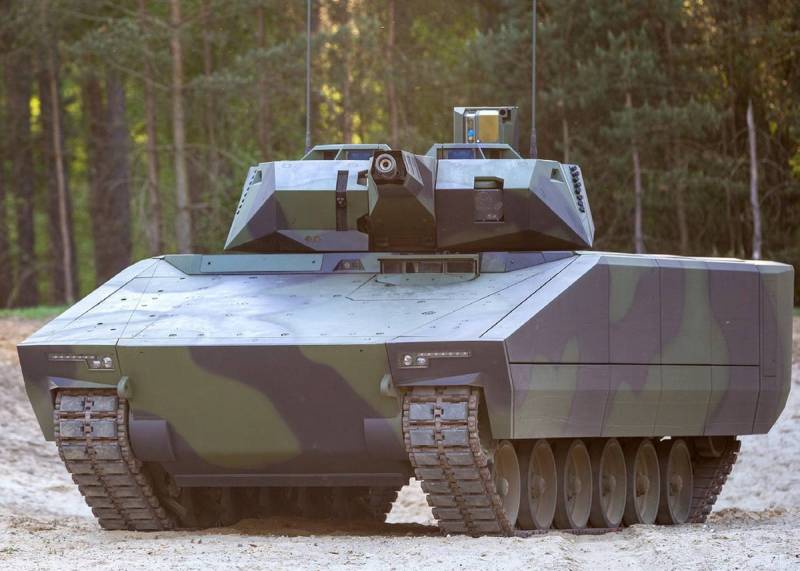 In front of the whole world

Rheinmetall is heard by everyone who is not indifferent to military-technical topics. The German concern, which was founded back in 1889 (!), Is now one of the largest manufacturers of military equipment and weapons in Europe. Among the products of the concern are the well-known Puma and GTK Boxer machines. They are in good demand: as of 2018, they have built over 400 Boxer armored personnel carriers. In addition to Germany, the Netherlands and Lithuania became operators: the first in 2006 ordered two hundred of these machines.

Last year, Rheinmetall bought 55 percent of the shares of BAE Systems, one of the symbols of the British defense industry, which, among other things, produced Tanks Challenger 2. But in 2008 BAE was considered the world's largest arms company.

One of the keys to Rheinmetall's success is the spectacular presentation of new products. Recently, for example, to everyone's surprise, the Germans showed a demo video of their new development, a 130-mm tank gun with the symbol Next Generation 130, mounted on a Challenger 2 chassis (a number of media erroneously indicated the German Leopard 2 as a base, which, in general, then, it is logical).

Now the concern has decided to go further, showing one of its main innovations, the Lynx infantry fighting vehicle, as part of the NATO Brave Warrior exercise. The events presented in the video take place on September 22, 2020. "We have received extremely positive feedback from the troops!" - somewhat vaguely commented on the situation at Rheinmetall.

Two in the field - warriors

In the exercises of the North Atlantic Alliance, the most powerful version of the Kettenfahrzeug 41 (KF41) combat vehicle was used. In addition to her, another version has been developed - Kettenfahrzeug 31 (KF31). Both vehicles are completely new: the KF41 variant was presented at Eurosatory Defense on June 12, 2018. This model has a maximum permissible weight of 50 tons. In addition to the three crew members, the KF41 can carry eight paratroopers. In the stern there is a drop-down lip. 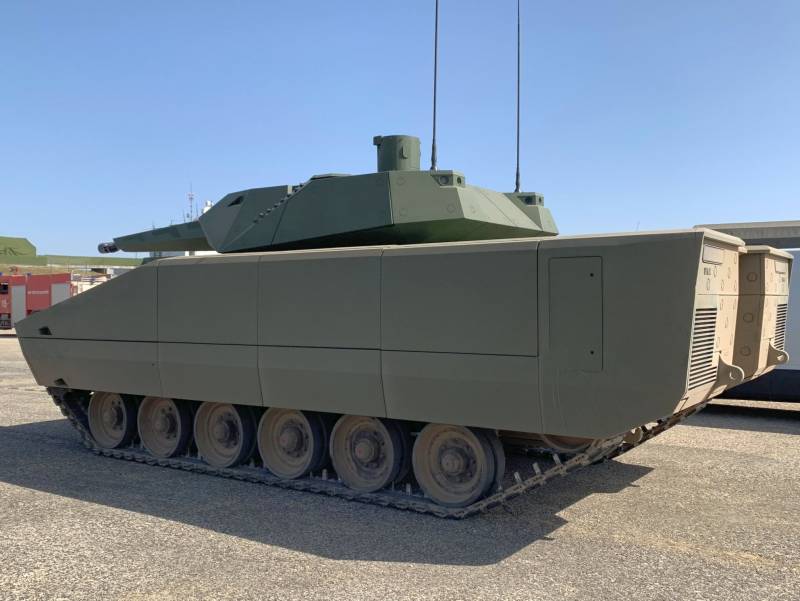 The car has a 1140 horsepower engine, which allows it to reach a top speed of 70 kilometers per hour. The BMP received a remotely controlled combat module Lance 2.0 (the KF31 has a different module - the Lance of the first version). The tower received an external protective casing, which forms many intersecting surfaces. The turret dome is complemented by a long cannon casing that acts as a mask.

The "younger" model, the KF31, was introduced much earlier. It was presented as part of Eurosatory 2016. The vehicle has a maximum permissible weight of up to 38 tons and can carry up to six troops. It is equipped with a 755 horsepower engine and can reach a top speed of 65 kilometers per hour. 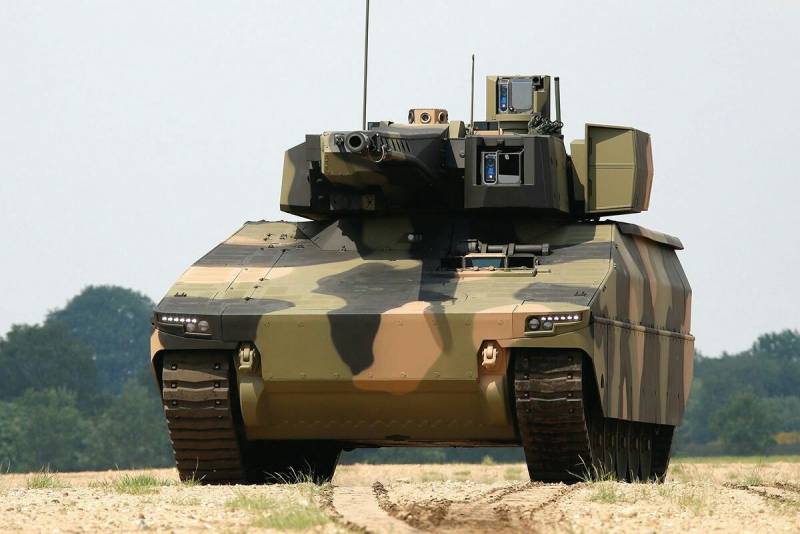 Various weapon options are possible. The main caliber is the 30mm Rheinmetall MK30-2 / ABM (KF31) cannon or the 35mm Wotan 35 cannon with an electric automatic drive. The fire control system allows the use of projectiles with programmable detonation, which expands the range of tasks to be solved. There is a coaxial 7.62-mm Rheinmetall RMG 7.62 machine gun. Optionally, there are Spike LR2 anti-tank guided missiles (ATGM) or installations for launching drones. In the normal position, the missile launcher is located inside the turret, and before launching the missiles, it "leaves" to the side. 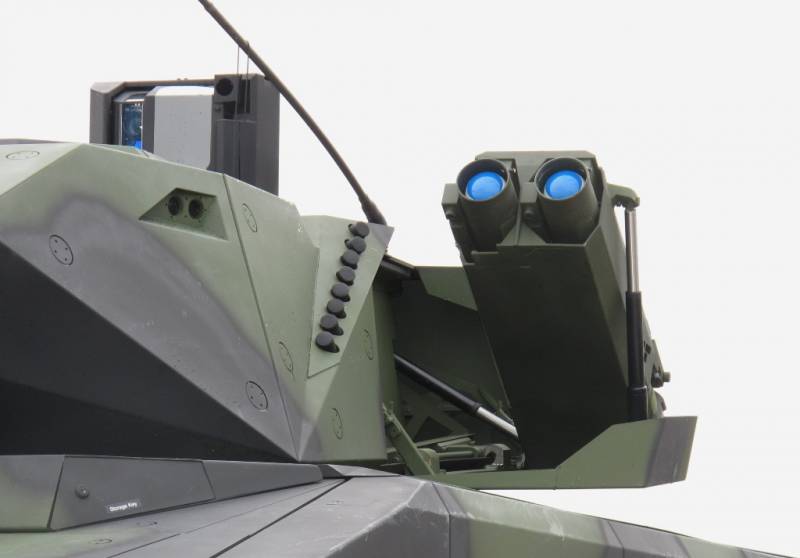 It is important to note that the “fire and forget” principle is implemented on the Israeli Spike complex. Recall that today, not a single domestic ATGM of this class, with the exception of promising developments, has such capabilities. The declared maximum range of the Spike-LR is 4000 meters (in the updated version - up to 5500). Armor penetration can reach 900 mm. According to these indicators, Spike is comparable with the best post-Soviet developments.

The panoramic sight of the commander, located on the roof, contributes to the improvement of the situational awareness of the crew. In addition to this, Lynx has already become a traditional information and command system for exchanging data with allied units.

The armor is designed to protect the Lynx from anti-tank weapons, medium-caliber ammunition, fragmentation artillery and bombs. The level of protection of the KF31 hull is officially declared according to the NATO STANAG 4569 Level 5 standard, which implies protection against 25-mm APCR shells at a distance of 500 m. The seats of the paratroopers were equipped with a folding structure: they are installed on the sides of the hull. This approach is designed to reduce the negative impact of undermining under a track or the bottom of a combat vehicle.

The concept is based on “the use of proven solutions combined with innovative production methods”. This can be considered as another attempt to make an infantry fighting vehicle that meets the requirements of the 41st century, which, at the same time, would be relatively economical. “To what extent do the armed infantry fighting vehicles meet the requirements of the future warfare? It was with this question that the Rheinmetall concern began the creation of a new family of armored combat vehicles Lynx, "said Ben Hudson, head of the Rheinmetall division, which is responsible for the development of armored vehicles, before rolling out the KF2018 BMP at Eurosatory-XNUMX. 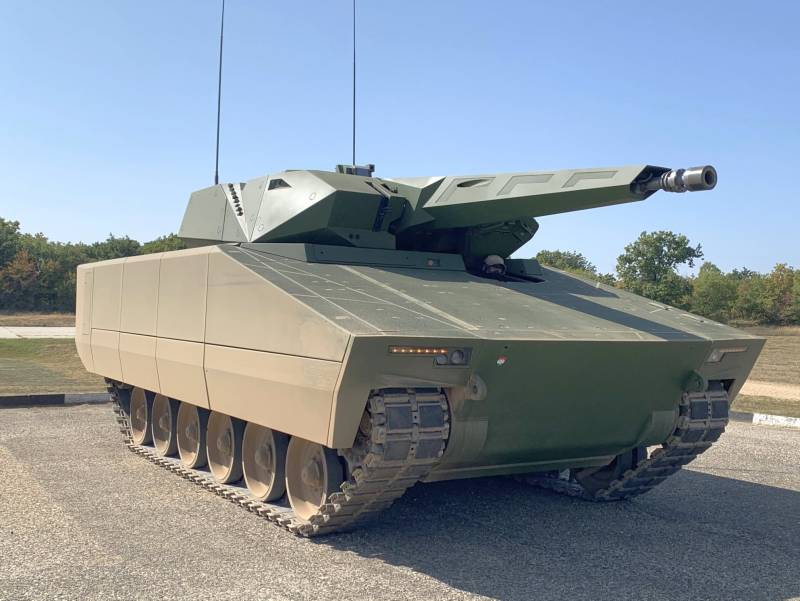 One way or another, many countries have already shown interest in the car. In August it became known that Hungary had signed an agreement with Rheinmetall on the creation of a joint venture, that is, it was this country that became the first customer of Lynx. The car must be produced on Hungarian territory. According to unofficial data, the state will receive up to 220 KF41 vehicles with the start of their deliveries in 2024-2025.

Potential operators include Qatar, Australia and the Czech Republic. The most significant victory of the Germans on the market could be the success in the US Army Optionally Manned Fighting Vehicle competition, which assumes no less than a replacement for the M2 Bradley BMP. However, earlier BMP KF41 Lynx was disqualified due to the fact that they untimely provided a modified sample for testing: at least that was the formal reason. Other "foreigners" were not included in the number of finalists. So in the end, only the Griffin III from General Dynamics remained in the program, which caused the US Army to cancel the comparative test phase. And even later, the Pentagon completely reformatted the competition, changing the priority requirements. The outcome of this "leapfrog" is still unknown, but the US Army is no stranger to uncertainties about new technology. 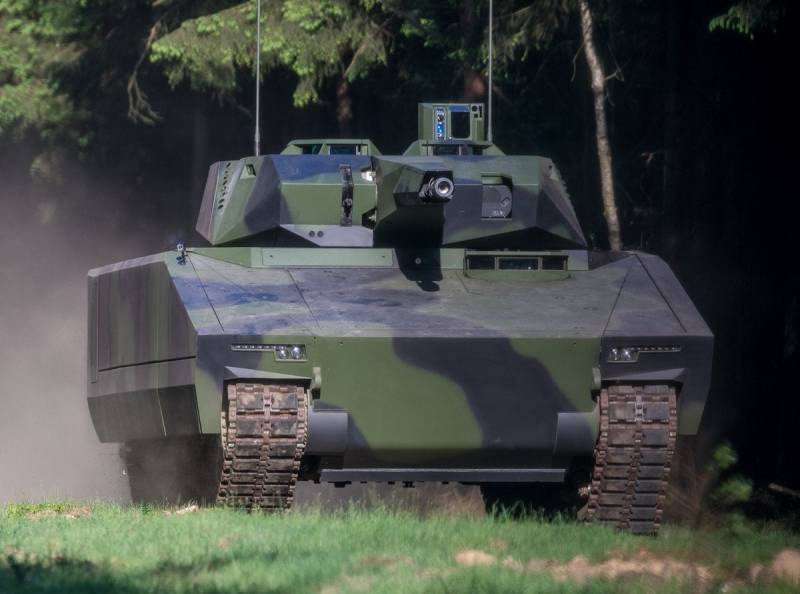 Already, one thing can be stated: with all its advantages, Lynx has not become a revolution in the world of armored vehicles and is unlikely to be able to change the world arms market. In fact, we are facing a heavy (especially in the KF41 version) BMP, which makes it difficult to transport it by air and overcome water obstacles by the vehicle.

At the same time, booking a car can be called a compromise. According to Viktor Murakhovsky, editor-in-chief of the magazine Arsenal of the Fatherland, the Lynx is inferior in this respect to both the Israeli Namer and the Russian BMP T-15 based on the Armata (both of these vehicles, among other things, have active protection systems) ... Nevertheless, Lynx is a potentially successful development that can claim market share. Both today and in the foreseeable future.