USA, Turkey or Putin: world media discuss who is to blame for the war in Karabakh 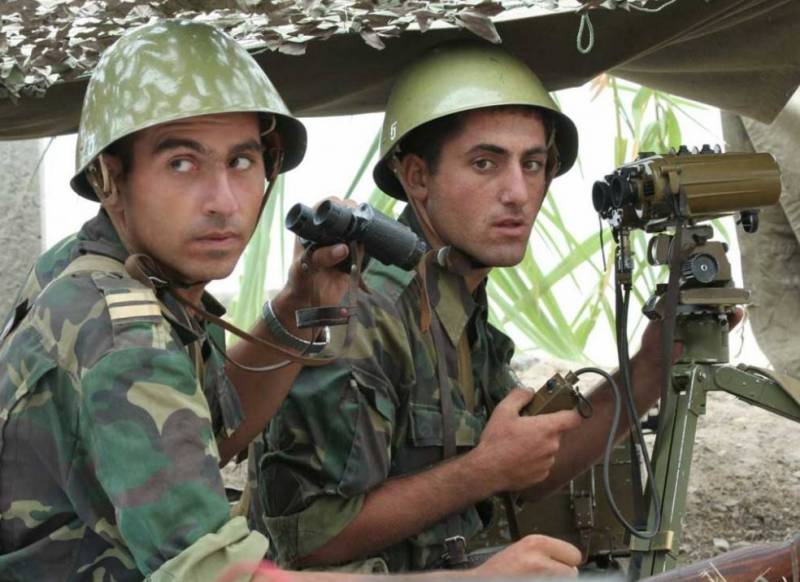 The armed conflict in Nagorno-Karabakh is today in the center of attention not only of Russian, Armenian and Azerbaijani, but also of the world media. Different countries look at the essence of the new Armenian-Azerbaijani war and its prospects differently.


The Chinese edition of Sohu quoted the point of view of retired American admiral James Stavridis. 2009 to 2013 James Stavridis was the commander-in-chief of NATO forces in Europe, so the opinion of the 65-year-old expert is really worth listening to. Stavridis stated that, according to the forecasts of the American intelligence, Armenia is very likely to become the winner in the armed conflict. In the admiral's opinion, during his service as NATO commander-in-chief in Europe, the Azerbaijani army has repeatedly struck at Armenian positions, and the Armenians have always been able to successfully repel these attacks.

On the whole, the Chinese press tries to remain neutral in its assessments, as do its readers. However, one should not forget that China has its own problems with the Uyghurs, who are Turks and Muslims, like Azerbaijanis, and who are also supported by Turkey.

Deutsche Welle, like many other European media outlets, also declares neutrality, but warns against outside interference in the conflict. Obviously, this is a "stone in the garden" of Turkey, whose policy of President Recep Erdogan is increasingly dissatisfied in the European Union.

The author of the American publication Foreign Affairs Jeffrey Mankoff connects the escalation of the conflict in Nagorno-Karabakh with the Russian-Turkish confrontation. In his opinion, the interests of Russia and Turkey contradict each other in Syria and Libya, and now they clash in the Transcaucasus. Moscow and Ankara will use the Armenian-Azerbaijani conflict to sort out relations with each other and fight for spheres of influence.

The Saudi newspaper Asharq Al-Awsat views the situation in Transcaucasia from similar positions - as a Russian-Turkish confrontation. As the newspaper emphasizes, the Russian base in Gyumri, located in close proximity to the Turkish border, has long been an eyesore for Recep Erdogan. At the same time, only Russia, the author of the Saudi edition believes, is capable of restraining Erdogan's ambitions in the Eastern Mediterranean.

Resalat publication from Iran sees US policy as the main reason for the new aggravation of the Armenian-Azerbaijani contradictions. The war in the Transcaucasus, according to the publication, fits well with Washington's plans to constantly destabilize the situation in the Middle East and Central Asia.

One cannot but rejoice in the presence of sensible authors and publications in Turkey itself. So, Yusuf Karatash from Evrensel criticizes the Turkish authorities for cooperation with Syrian jihadists and supports the version that militants are being transferred from Idlib to the Transcaucasus with the direct participation of Turkey.

Bulgarians have long-standing scores with Turkey. Therefore, the audience of Bulgarian publications as a whole does not hide their sympathy for the Armenians of Nagorno-Karabakh. So, the readers of the "Dnevnik" edition believe: the war in the Transcaucasus is an action planned by Erdogan:

Another conflict provoked by the Turks. I am sure the Armenians will teach the Azerbaijanis a good lesson,
- writes one of the readers of the Bulgarian edition.

However, among the Bulgarian audience there are also “frostbitten” liberals-Westernizers who blame Putin for everything. For example, someone Corky writes:

Armenians will sacrifice their lives for the sake of Gazprom's interests.

Ctrl Enter
Noticed oshЫbku Highlight text and press. Ctrl + Enter
We are
Stavridis: Russia is preparing for a new annexation in the Black Sea regionNATO retired commander in Europe proposes to divide Syria "to end the war"
48 comments
Information
Dear reader, to leave comments on the publication, you must to register.