They move as if in the deep rear: shots of the front positions of the Armenian troops from the drones of Azerbaijan 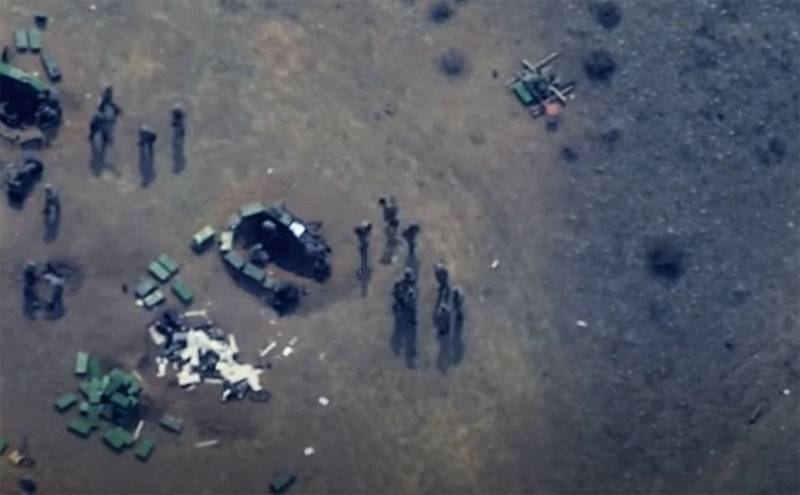 
According to the press secretary of the Armenian Defense Ministry Shushan Stepanyan, the Azerbaijani army has concentrated large resources in these areas and imposed fierce battles.

Shushan Stepanyan noted that the Armenian army is holding back the offensive of the enemy forces.

Meanwhile, the armed forces of Azerbaijan are publishing regular footage of strikes against Nagorno-Karabakh.

The footage shows how strikes are being delivered on Armenian positions, where there is a relatively large crowd of people. At the same time, one gets the impression that the Armenian side does not expect strikes at all - the movements are taking place as if it were not a front line, but a sufficiently deep rear. There are firing positions, but between them there are no protected ones, at least from a direct shot from a firearm weapons, corridors.

At the same time, apparently, by means of control and visually, the presence of the reconnaissance UAVs of the Azerbaijani armed forces "on their heads", which direct artillery and an unmanned strike Aviation in position. This leads to grave consequences for the Armenian side, as can be seen from the published footage.


At the same time, the Ministry of Defense of the unrecognized Nagorno-Karabakh Republic says that the enemy is suffering heavy losses. According to the military of NKR and Armenia, these losses of Azerbaijan already amount to about 3 thousand people killed and wounded.
Ctrl Enter
Noticed oshЫbku Highlight text and press. Ctrl + Enter
We are
Reports from the militia of New Russia for 27-28 September 2014 of the yearInterview of Vladimir Putin with Radio Europe-1 and TF1
378 comments
Information
Dear reader, to leave comments on the publication, you must to register.