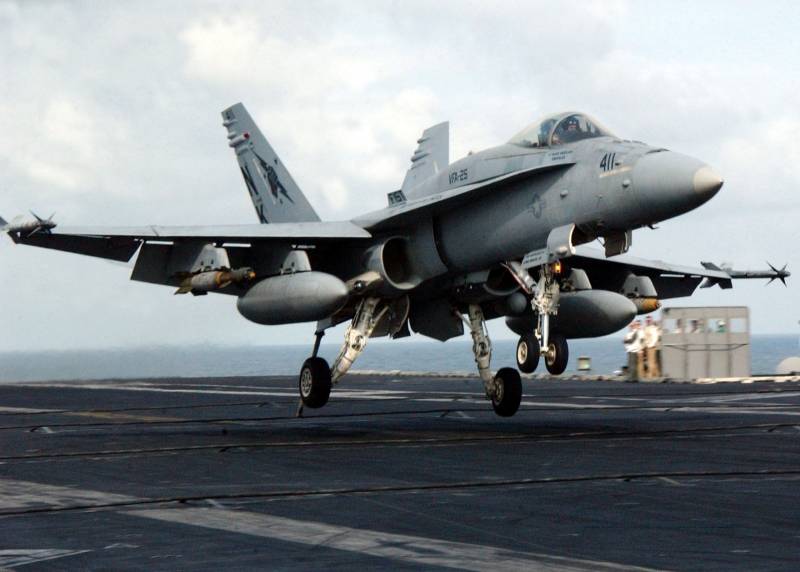 Eric Tegler of Popular Mechanics has done a pretty good job trying to explain to everyone why the F / A-18 is still the main attack aircraft of the maritime aviation and will be relevant for a long time in this role.

To begin with, the aircraft has only two official victories during its long service: over the Iraqi MiG-21s during the first Gulf War, in Operation Desert Storm. Two F / A-18Cs in the bomber version, that is, armed with MK 84 bombs and Sparrow and Sidewinder missiles, when they were intercepted by two Iraqi MiG-21s, successfully shot down both interceptors.

We'll talk about losses at the end. Let's fix the fact that the plane is combat and toothy, because this was the first and so far the only case when a bomber successfully fought off interceptors.

The Hornet (Hornet) is a multi-faceted aircraft. Based on the abbreviation of the name - fighter-attack aircraft, fighter attack. The fruit of the US Navy's long deliberations on what a universal sea-based aircraft should be. 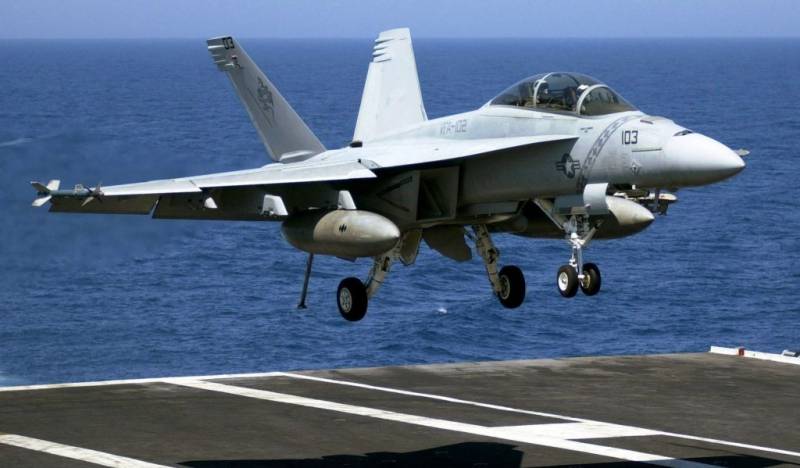 In general, история The F / A-18 wasn't easy. The plane, having made its first flight in 1974, turned out to be of no use to anyone, having miserably lost the competition for a fighter role in the F-16 Air Force, and at sea did not gain an understanding of the essence either. The Navy preferred the modernized F-14 to him, and only the intervention of Defense Secretary James Schlesinger himself made them "change their minds."

In general, the US Navy dreamed of an aircraft that could be based both on aircraft carriers and on coastal airfields. The dream of unifying the Air Force fleet and the Marine Corps was very real and useful at the same time.

In addition, the new aircraft could replace two outdated models at once: the F-4 fighter and the A-7 attack aircraft.

But the main thing was that it had to be both a simple and inexpensive aircraft capable of solving the tasks of a fighter and an attack aircraft at the same time.

Actually, this practice is not new for the US Navy and the ILC. Back in World War II, F6F Hellcat F4U Corsair fighters could carry bomb loads as heavy as the dive bombers of the time, successfully combining fighter and strike capabilities in one aircraft.

Of course, jet aircraft turned out to be faster and more efficient than piston aircraft, but the principle of application remained. More precisely, the American naval command continued to want the aircraft to combine both functions of a fighter and an attack aircraft.

The legendary F-4 Phantom demonstrated the potential of a fighter / attack aircraft during the Vietnam War. However, the Navy's concern for air superiority and the protection of its aircraft carriers from enemy aircraft led the Navy to order the F-14 Tomcat in 1969.

The Tomcat was a very good aircraft, but too expensive. And the price ultimately sentenced him, and the naval command set off in search of a miracle, that is, a better and cheaper plane.

The choice was rather limited: either the prototype of the single-engine General Dynamics YF-16, or the twin-engine Northrop YF-17.

The YF-16 will enter service with the Air Force as the F-16 Battle Falcon. The Navy, however, preferred the aircraft's two engines. After Northrop merged with McDonnell Douglas, the two defense companies jointly unveiled a heavily redesigned version of the YF-17 for the Navy. The aircraft was named F-18.

However, the manufacturers took the path of maximum simplification and combined the single-seat variants into one F / A-18A, and the two-seater were renamed F / A-18B. 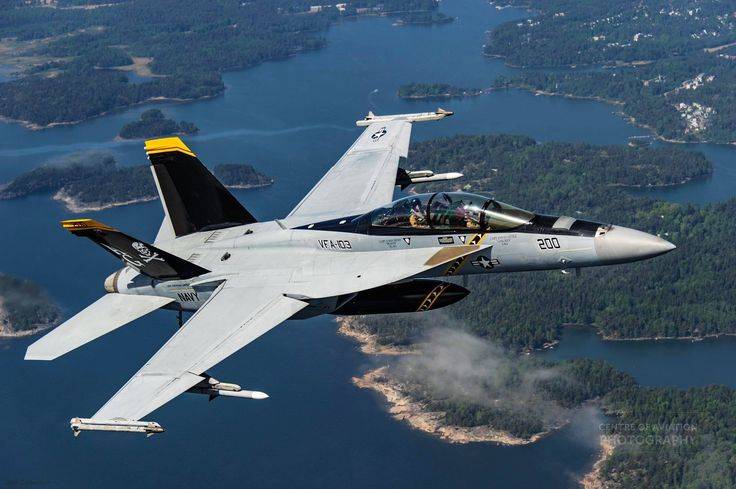 The aircraft had to be qualitatively redesigned for new tasks. The fuel reserve was significantly increased, despite this, the range was only 10% more than that of the A-7 and very slightly better than that of the F-4.

The new aircraft, now officially called the Hornet, took off for the first time in November 1978. The tests revealed many problems: excessive take-off speed and take-off roll. They had to be quickly resolved by changing the size of the horizontal stabilizers. Insufficient transonic acceleration was also found. Engine modifications solved the problem somewhat, but not completely. And the combat radius of the strike fighter of 460 miles was, as mentioned above, slightly better than that of its predecessors.

However, none of these shortcomings were enough for the fleet to abandon aircraft. The first F / A-18A entered service with Marine Corps VMFA-314 Squadron at MCAS "El Toro".

The F / A-18 was immediately appreciated not only for its strike accuracy and reliability, but also for the fact that the aircraft required no more than half the hours of maintenance for the F-14A and A-6E.

Later, another serious drawback manifested itself: when flying at high angles of attack, deformations and cracks in the tail began. By then, McDonell-Douglas and Northrop had parted ways, and the liquidation fell on McDonell. The company developed special repair kits that could fix the problem.

The Hornet received universal recognition after participating in Operation Eldorado Canyon against Libya in 1986.

The success was not that deafening, but such that orders immediately fell on the Hornet, and by 1989 the plane was in service with the Air Forces of Canada, Australia, Spain, Kuwait and Switzerland. 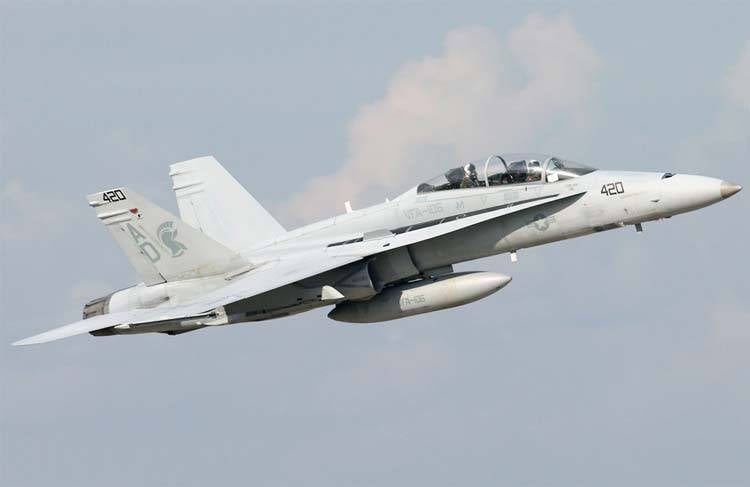 Complaints about insufficient flight range did not stop. To solve this problem and make the aircraft a more efficient night and all-weather aircraft, McDonnell-Douglas developed and introduced the F / A-18C and the two-seater F / A-18D in 1987.

In addition to Operation Eldorado Canyon in Libya in April 1986 and the Gulf War (liberation of Kuwait) in 1991, the Hornet fought in Yugoslavia in 1995 as part of Operation Deliberate Force, in Operation Desert Fox. (bomb strikes on military targets in Iraq, 1998), took part in the military operation in Afghanistan (from 2001 to the present day), in the Iraqi war (operation to overthrow the Saddam Hussein regime) in 2003-2010, in the operation "The Return of Odyssey" (bombing targets in Libya, 2011).

It cannot be said that the life of "Hornet" was strewn with roses. In the same war with Iraq, the irrecoverable losses of the F / A-18 amounted to 5 vehicles. One plane was shot down by an Iraqi MiG-25, one S-75 air defense system, two planes collided in the air, one crashed due to engine failure.

Yes, the Hornet shone during the Gulf War with its precision and high combat readiness. And in other operations "Hornet" showed itself in exactly the same way. But nothing is eternal, and more than forty years of service is pretty much. There are few aircraft in the world capable of boasting such a career. 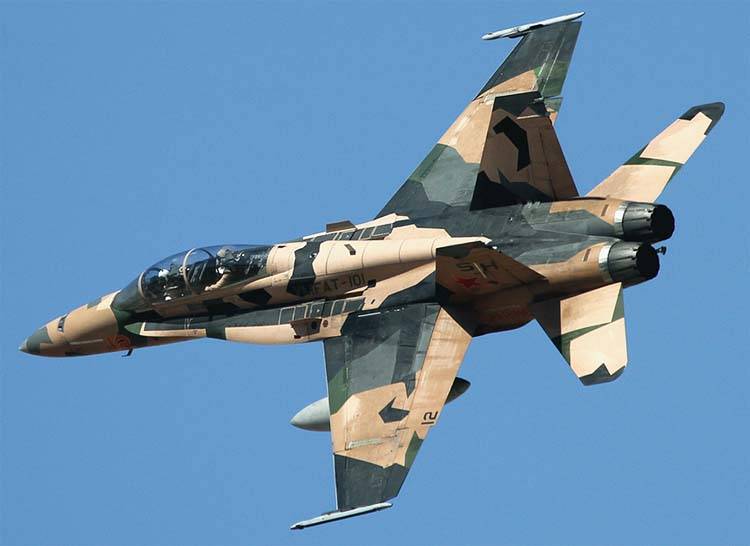 While the Hornet dominated the skies, the fleet began looking for a replacement. The 1980s program to replace the A-6 strike aircraft led to the creation of the McDonell-Douglas A-12 Avenger, a fairly stealth aircraft with advanced radar capable of carrying high-precision weapon.

Separately, the Navy sought to replace the F-14 with a variant of the F-22 Raptor, convenient for aircraft carriers. Meanwhile, Grumman has offered upgraded versions of the F-14.

Alas, the plans were not destined to come true. Humanly, the Raptor did not fly, and the price rose to the skies. The USSR collapsed, and there were no rivals at the new level. Therefore, the F-22 was abandoned altogether, and later Defense Secretary Richard Cheney also sentenced the F-14 improvement program.

And "Hornet" continued its service as if nothing had happened. 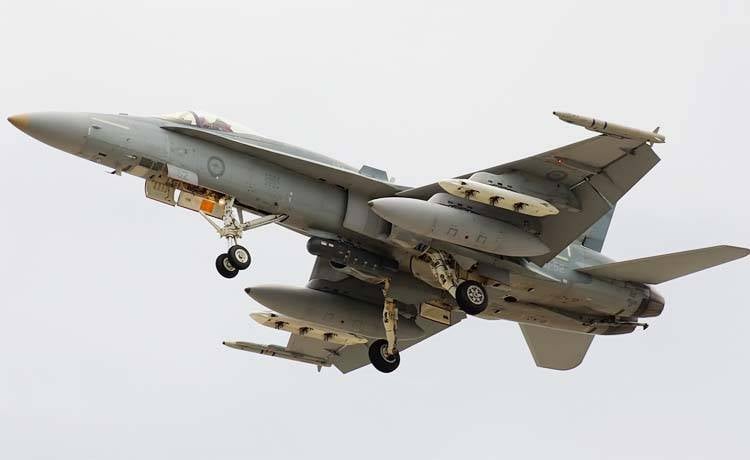 What explains such a high demand for the F / A-18 family, which, as of December 2017, exceeded the milestone of 10 million flight hours? There are several reasons.

The simplicity of design made the aircraft easier to manufacture and maintain. Hence the potential for improvement. The high reliability of the machine made it possible to calmly develop new upgrades. Quite radical, such as the "Super Hornet", which used plastic fuel tanks, stealth elements and a weapon container made using "stealth" technology.

It is worth noting the fact that the special versions of the "Hornet" turned out to be simpler and better than on the basis of the same F-22. The same EA-18G "Growler", an electronic warfare aircraft based on the F / A-18, turned out to be a very serious machine. All in all, instead of a gun, they installed a powerful computing unit - and the effect is obvious.

The two-seater version proved to be useful in solving problems associated with increased workload on the pilot. For example, long flights followed by strikes against multiple targets.

And, of course, a wide selection of weapons. Air-to-air missiles, winged, anti-ship, guided bombs, and more. 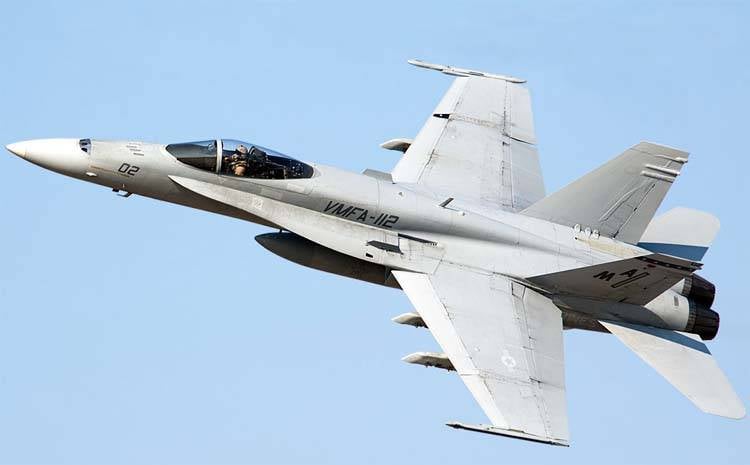 As a result, the F / A-18 became the main attack aircraft of the US Navy and ILC, quite deservedly. In the combat composition of the ship's air wings, it accounts for 60-70% of the total.

F / A-18s are not in production, but there are no plans to remove them from service. Considering that not all is well with the F-35B / C either, it is safe to say that the Hornets will fly to the point of exhaustion.