Idlib should not be forgotten behind the conflict in Karabakh: the war in Syria continues 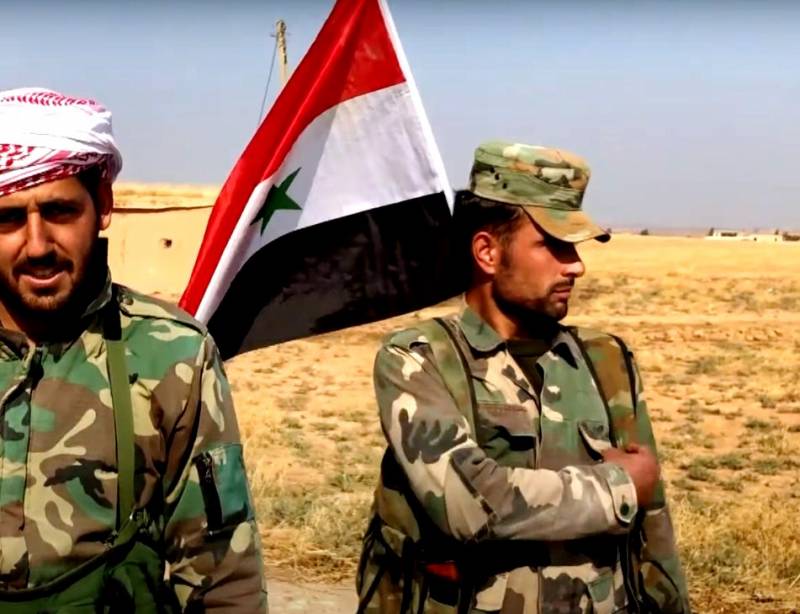 In recent days, the focus of attention of the world community has shifted to Karabakh. Against this background, they somehow forgot about the ongoing hostilities in Syrian Idlib and other regions of the country.

Militants from Syria go to Transcaucasia

According to a number of media outlets, the militants of the pro-Turkish armed formations, formerly operating in Syria and Libya, are now arriving in Transcaucasia to fight on the side of Azerbaijan against the Armenian army. For example, a few days ago, the Syrian Center for Monitoring Human Rights Observance reported that the Turkish special services had deployed more than 300 militants from the Sultan Murad Division to the Transcaucasus. These are mainly ethnic Turkomans - Syrian Turkmens, who make up a significant part of the population of the country's northern provinces.

It is also reported that militants of the Al-Hamza Division from Kafr-Nufran, Kafr-Halab and Al-Atarib were transferred to Azerbaijan. Field commander Ziyad Haji Ubeid of the pro-Turkish "Syrian National Army" also confirmed the transfer of militant units to Azerbaijan.

By the way, they do not hide their readiness to fight in the Transcaucasia, but against Azerbaijan and Turkey, which supports it, and the Syrian Armenians. Many of them have combat experience gained during the civil war in Syria, in which Armenian troops fought against radical groups on the side of Bashar al-Assad's government forces.

SAA fights with militants, militants - with each other

However, even in Syria itself, the fighting does not stop. It is no coincidence that another, already the 27th division, named after Sultan Malik Shah from the Seljuk dynasty, was officially created the other day as part of the Syrian National Army. It will operate in the vicinity of Ras al-Ain, where Operation Peace Spring is taking place.

Meanwhile, Hayat Tahrir al-Sham militants reported on the destruction of the Syrian Arab Army's MLRS in the Kafr Nabal region. The positions of the SAA in the vicinity of the village of Kafr-Halab in the Aleppo province were also subjected to shelling. In response, Syrian government forces attacked militants in the city of El Bara in the Jebel al-Zawiya region. Shelling of positions of the Syrian Arab Army in Saraqib and the villages of Al-Malyaja and Khazarin were also noted. Here, government troops were attacked by militants of pro-Turkish groups.

Also at the end of September, the movement of government troops in the Jebel al-Zawiya mountains was reported. This circumstance allowed a number of media outlets to assert about the impending new offensive of the Syrian Arab Army in Idlib. It is possible that now, when the pro-Turkish formations are being transferred to the Transcaucasus, the Syrian government troops can really seize the moment and push the weakened enemy back from their positions.

In addition to fighting between the Syrian Arab Army and militants of various armed formations, clashes continue between the radicals themselves. Thus, "Hayat Tahrir al-Sham" reported on the liquidation of Yusef Numan by the militants. This man, also known as Abu al-Haris, was one of the high-ranking field commanders of the Syrian Islamic State (banned in the Russian Federation).

By the way, Russian Defense Minister Sergei Shoigu, in an article recently published in Krasnaya Zvezda, on the fifth anniversary of the presence of Russian troops in Syria, announced the complete defeat of IS. But, be that as it may, individual terrorist groups still continue to operate in a number of regions of the country.

However, if we compare the situation in Syria today and five years ago, it is clear that this, as they say, is heaven and earth. Thanks to Russia's participation in the fight against terrorist groups, the Syrian government managed not only to stay in power, but also to regain control over significant territories previously ruled by radical groups.

Ctrl Enter
Noticed oshЫbku Highlight text and press. Ctrl + Enter
We are
Middle Eastern Turkmen. Turkic factor in Iraq and SyriaCaucasian affairs
17 comments
Information
Dear reader, to leave comments on the publication, you must to register.