Erdogan expressed hope for the continuation of Azerbaijan's offensive in Karabakh 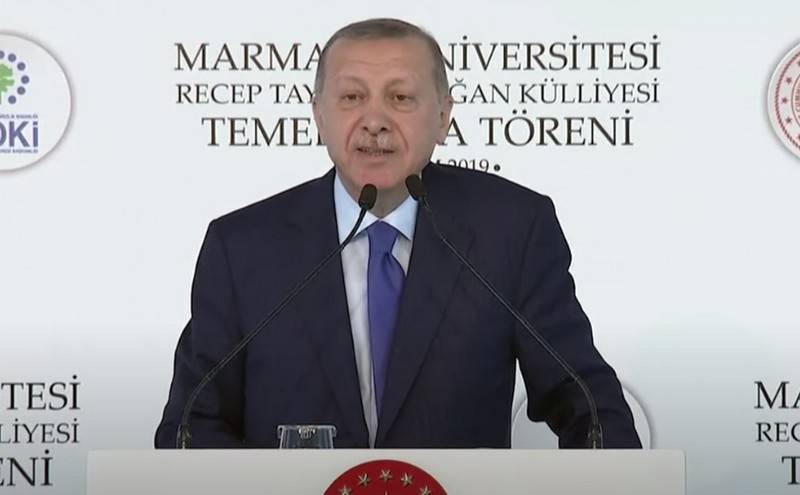 Turkish President Recep Tayyip Erdogan expressed hope for the continuation of the offensive of the Azerbaijani army in order to completely liberate the territory of Karabakh. Reported by Turkish news agency "Anadolu".


The Turkish leader stated that in a few days Azerbaijan "liberated" a large territory in Nagorno-Karabakh from the Armenian occupation. At the same time, he stressed that Ankara was and will be on the side of Baku.

Azerbaijan has already liberated a large territory. I hope he will continue his fight until he liberates all of his lands in Karabakh
- quotes the agency as saying Erdogan.

At the same time, Turkish Foreign Minister Mevlut Cavusoglu said that Azerbaijan has not yet applied for military assistance to Turkey, but if such a request is received, Ankara will answer it positively.

Let Armenia leave Karabakh, we are one people with the Azerbaijanis, and there is nothing more natural than being next to them. Azerbaijan has the potential to independently fight for its lands. (...) Baku has not yet applied for military assistance, but if there is such a request, then whoever says anything, Turkey will answer it positively
- said Cavusoglu.

The head of the Turkish Foreign Ministry stressed that everyone who supports Armenia should call on it to end the occupation of Azerbaijani lands.

Ctrl Enter
Noticed oshЫbku Highlight text and press. Ctrl + Enter
We are
Reports from the militia of New Russia for 27-28 September 2014 of the yearNew war in the Caucasus be?
194 comments
Information
Dear reader, to leave comments on the publication, you must to register.