The war in Karabakh becomes protracted: nothing has changed strategically in five days of the conflict 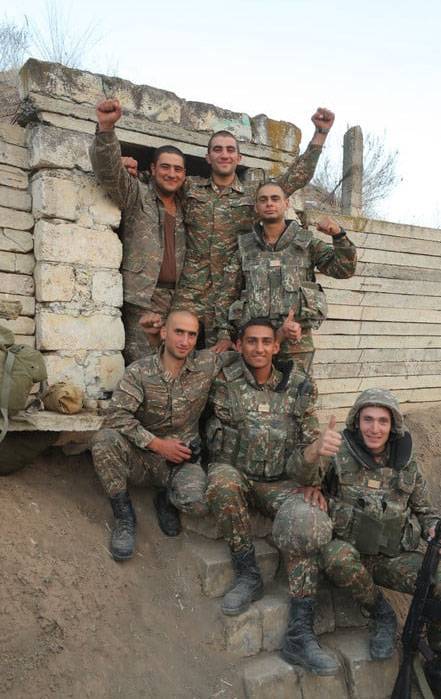 For five days at the front in Nagorno-Karabakh, practically nothing has changed strategically. The conflict takes on the character of a "war of attrition", which means that sooner or later the parties will have to sit down again at the negotiating table.


Apparently, Armenia and Azerbaijan will not be able to resolve the long-standing territorial dispute by military means again. Despite the superiority in population, the number of various weapons, as well as a more favorable economic position, Azerbaijan still underestimates the enemy.

Armenia is a "tough nut to crack" with a well-motivated population, the support of the multi-million Armenian diaspora from all over the world - from Russia to the United States. And to defeat the Armenian army in Nagorno-Karabakh is a very difficult task. Interestingly, Azerbaijan prefers not to talk about its military losses, although the Armenian side publishes lists of dead servicemen and civilians.

In addition, one should not forget: the Armenians will fight in the NKR not for life, but to the death, because they perfectly understand that in the event of the occupation of its territory by Azerbaijani troops, this will mean an inevitable exodus of Armenians from Karabakh with huge casualties among the civilian population. There is practically no Azerbaijani population in Karabakh, and this circumstance makes the motivation of the Armenian and Azerbaijani military unequal.

On October 1, the Presidents of the United States, Russia and France Donald Trump, Vladimir Putin and Emmanuel Macron appealed to the authorities of Armenia and Azerbaijan with an appeal to immediately stop hostilities and sit down at the negotiating table. According to the leaders of the powers, the solution to the Karabakh problem can be found exclusively through diplomatic means.

These words run counter to the position of Ilham Aliyev, who argued that Armenia must immediately liberate the occupied territories, otherwise Azerbaijan will take them by force. As a result, the Azerbaijani president turned out to be a hostage of his own words: if the Azerbaijani armed forces fail to occupy at least a significant part of the NKR territory, then image losses are inevitable.

Fighting with the Armenians in Nagorno-Karabakh is not easy. After all, thirty years ago Azerbaijan was larger than Armenia in terms of population. However, they failed to defend the NKR. Now the situation seems to be repeating itself. Everything can change for the worse for Armenia and NKR only if Turkey openly intervenes in the conflict in Karabakh.

But while Ankara retains relative prudence: armed aggression against one of the CSTO members can lead to a very serious conflict in the region, with the participation of not only Armenia, NKR, Azerbaijan and Turkey, but also Russia, possibly some other CSTO members, as well as Iran. Recep Erdogan understands the sad prospects of Turkey in this case, so he refrains from open aggression against Armenia for now, although military-technical support is being provided to Azerbaijan and pro-Turkish mercenaries from Syria and Libya have already been deployed to the region.

The most likely outcome of the current events will be the further preservation of the previous status of the NKR and the continuation of negotiations between Armenia and Azerbaijan. At least, this is exactly what is expected in Moscow, Washington, Paris, Berlin. However, Recep Erdogan, with his inherent self-confidence, has already stated that the powers (USA, Russia and France) have lost the right to come up with peacekeeping initiatives.

It is sad that the price of the next surge in Turkey's ambitions is the human lives of both Armenian and Azerbaijani soldiers and civilians.

If we talk about Russian interests in Transcaucasia, then it is worth recalling: unlike Azerbaijan, Armenia is a member of the CSTO and a constant participant in all military maneuvers conducted by this organization. It is in Armenia that the Russian military base is located.

Strengthening the Azerbaijani positions in the Transcaucasus will definitely also strengthen Turkey's positions, which is not at all in Moscow's interests. Russia simply cannot allow Turkey's aggression against Armenia, otherwise it will be a grave geopolitical defeat for our country and a spit in the face of the current Russian government.

Ctrl Enter
Noticed oshЫbku Highlight text and press. Ctrl + Enter
We are
Reports from the militia of New Russia for 27-28 September 2014 of the yearNew war in the Caucasus be?
185 comments
Information
Dear reader, to leave comments on the publication, you must to register.