Russia, France and the United States called on the parties to the conflict in Karabakh to start negotiations 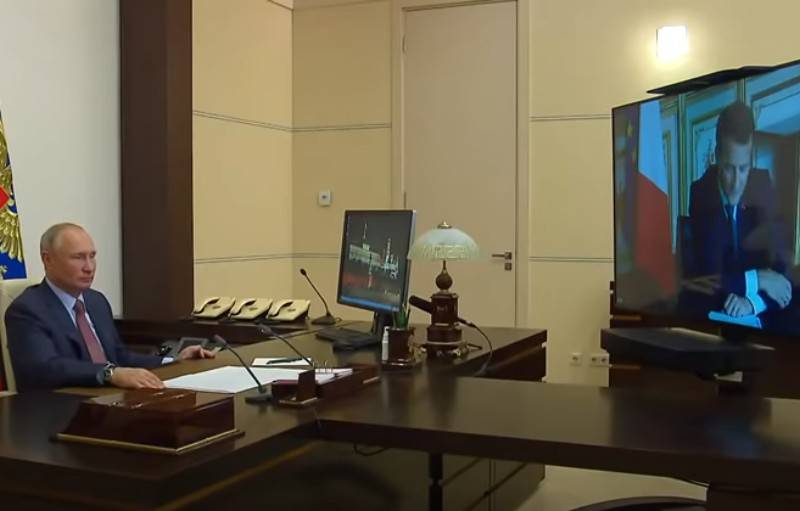 Russia, France and the United States issued a joint statement on Karabakh, in which they called on Armenia and Azerbaijan to cease hostilities and begin negotiations. This is stated on the Kremlin website.


Russian President Vladimir Putin, French President Emmanuel Macron and US President Donald Trump issued a statement as heads of state co-chairing the OSCE Minsk Group. They called on the leadership of Armenia and Azerbaijan to immediately, without any preconditions, resume peace negotiations on the Karabakh settlement. At the same time, it is emphasized that Russia, France and the United States "in the strongest terms condemn the escalation of violence" on the line of contact in the conflict zone.

We call on the leaders of Armenia and Azerbaijan to immediately undertake commitments in good faith, without putting forward preconditions, to resume negotiations on the essence of the settlement with the assistance of the OSCE Minsk Group co-chairs
- said in a statement.

At the same time, all three leaders expressed grief for those killed during the conflict.

Earlier, Turkish President Tayyip Recep Erdogan, speaking in parliament, said that the OSCE Minsk Group's aspiration to achieve a ceasefire in Nagorno-Karabakh was inadmissible. In his words, first it is necessary to achieve the withdrawal of Armenian units from the "occupied territory" and only then sit down at the negotiating table.

It is unacceptable that the Minsk Group is now demanding a ceasefire in Nagorno-Karabakh. They must demand that Armenia first withdraw from the occupied territories of Nagorno-Karabakh
- he said.

Ctrl Enter
Noticed oshЫbku Highlight text and press. Ctrl + Enter
We are
Serzh Sargsyan and Ilham Aliyev in Vienna agreed to continue the implementation of measures to de-escalate the conflict in Nagorno-KarabakhNew war in the Caucasus be?
117 comments
Information
Dear reader, to leave comments on the publication, you must to register.