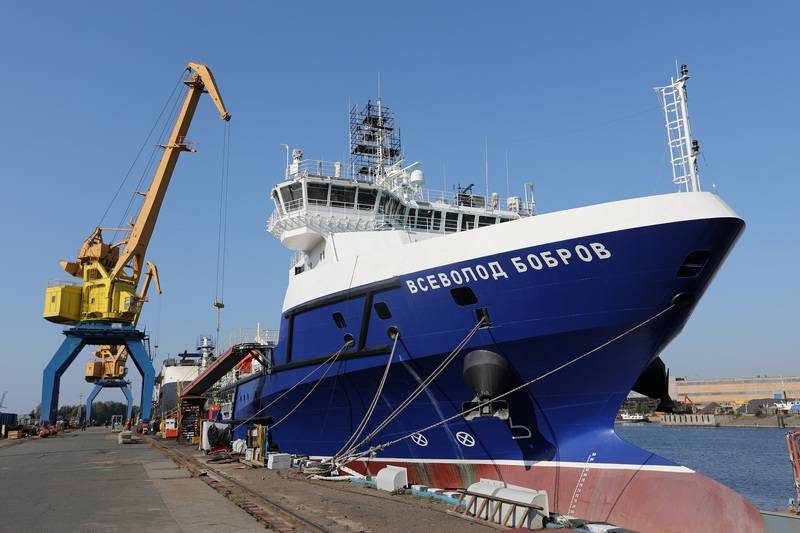 Project 23120 support vessel Vsevolod Bobrov, built at Severnaya Verf, will go on sea trials in early December this year. This was reported by the press service of the Severnaya Verf shipyard.


At present, the propulsion system and thrusters are being tested on the vessel at Severnaya Verf. The preparation of living quarters and service premises has been completed, and the galley has been tested. The check-in of the crew is scheduled for the end of October. The timing of the transfer of the ship to the Navy has not yet been reported.

The vessel is designed for the carriage of goods, towing, carrying out hydrographic research, providing assistance to ships in distress. The dynamic positioning system allows you to keep the vessel at a given point in all weather conditions. The vessel has two electro-hydraulic cranes with a lifting capacity of 50 tons, towing winches with a pulling force of 120 and 25 tons, there is a cargo deck with an area of ​​more than 700 sq. m.