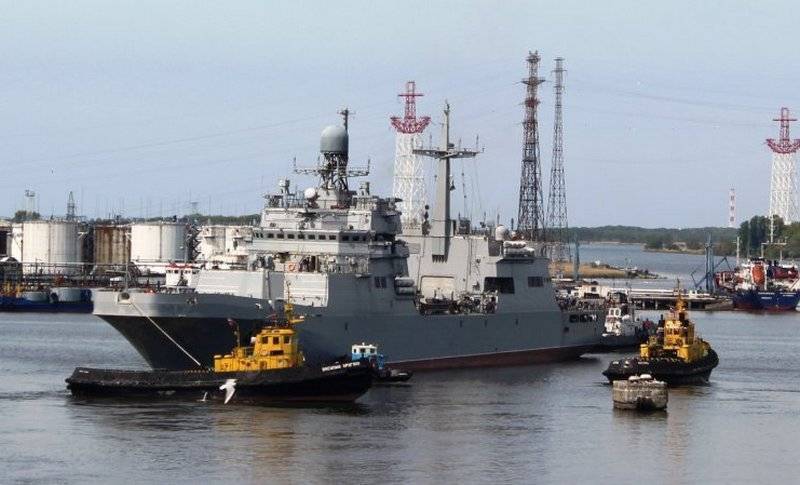 
According to the report, the Petr Morgunov large landing craft has returned to the Yantar shipyard in Kaliningrad from the next stage of sea trials. When checking the crew, 41 sailors tested positive for coronavirus. The infected were hospitalized and treated. The rest of the crew is isolated on board and monitored.

Yesterday, the large landing craft built at the Yantar Shipyard returned from sea trials. There were 206 crew members on board, and 41 tested positive for COVID-19. 40 were hospitalized in infectious diseases hospitals, 1 is in self-isolation at home, the rest of the crew are isolated on the ship. At the first manifestation of symptoms, they will also be hospitalized
- stated at headquarters.

The press service of the Baltic fleet clarified that the disease in all sailors is asymptomatic, doctors assess their condition as satisfactory. There is no information about the timing of the transfer of the large landing craft to the fleet.

Ctrl Enter
Noticed a mistake Highlight text and press. Ctrl + Enter
We are
BDK project 11711 "Peter Morgunov" will return to "Yantar" for finishing work“Let's talk about science”: scientists have found out which metal coronavirus COVID-19 is “afraid” of surfaces
27 comments
Information
Dear reader, to leave comments on the publication, you must to register.