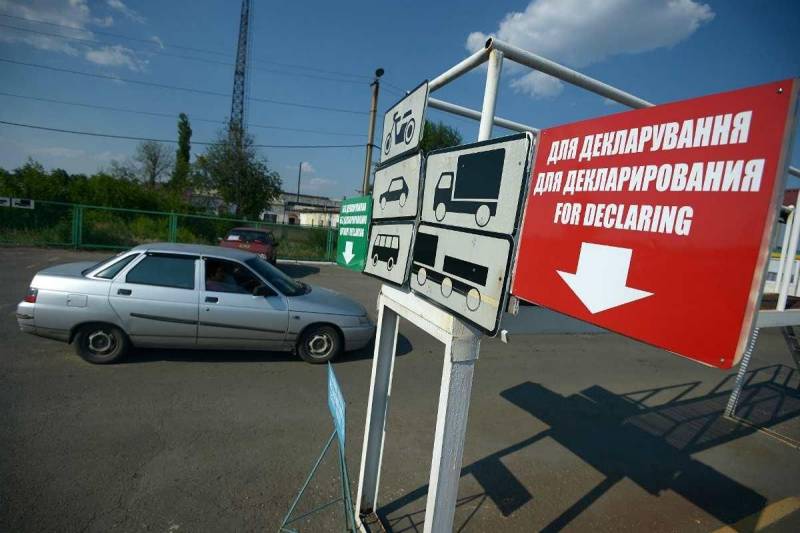 Today the problem of the border between the LPR and the DPR has reached the highest point of its actualization. Under the pretext of fighting the coronavirus, communications between the republics were completely closed. Residents of the LPR and DPR can cross the impromptu border only if they have proper registration or important reasons (funeral or something like that). It is much easier to cross the "border" (which is actually a network of checkpoints) on country roads than to get involved with the bureaucratic apparatus. All this история lasts since 2014. It only gets worse over the years.

In Luhansk and Donetsk, they clearly started playing at the stage of the formation of legislation, which is seriously different in the republics (not to mention some differences in the structure of government - for example, a different number of deputies in the People's Council), moreover, it perceives Russians and citizens of neighboring republics as foreigners which are formally subject to migration restrictions. Then a customs office appeared between the republics. Now there is something that looks like a full-fledged border.

There is talk in the republics that the main reason is the difference in approaches to crossing the demarcation line: in the DPR it is much more strict, while the LPR has only recently begun to seriously tighten the screws for those who seek to get to Ukraine. But local residents, of course, do not care who initiated it and why the republics cannot agree among themselves and act in sync.

Customs between the LPR and DPR emerged in 2014-2015 as a forced measure necessary to control the turnover weapons and the distribution of humanitarian aid, for police reasons, and for the fight against smuggling. In the LDNR, smuggling is a traditional folk craft. The border with Russia is hundreds of kilometers of protected steppe, which practically no one controlled before the war. Therefore, it was profitable for Donetsk to isolate itself from Luhansk (competing) smuggling.

Again, the issue of illegal trade in coal and metal, smuggling of cigarettes and alcohol remained relevant. Zakharchenko and the disgraced Plotnitsky were each doing this according to their own schemes and routes, so it was unprofitable to freely pass neighboring trains and trucks. Now the smuggling of coal and metal has been conditionally defeated, but there are other schemes.

According to the official version, by the way, the customs between the republics should protect the industrial producer of Lugansk from the more powerful industry of Donetsk. But this argument looks, to put it mildly, implausible. Moreover, we are talking about light industry, which is not so much left.

This, of course, is damn inconvenient for the inhabitants of the republics, who are used to plying freely between Lugansk and Donetsk, to work, to create cells of society, etc. Therefore, from the outset, they did not understand the existence of a nominal border between the LPR and the DPR (crossing, limited to checking documents and luggage was annoying, but on the whole it was bearable), and now it does not fit at all in my head why this piece of land, in a single impulse opposed Ukrainian fascism (and, as usual, the fighters in 2014 drifted between the republics, and the 7th The Chistyakovskaya brigade, LPR, started out in Slavyansk, and then formed in the battles for Ilovaisk and Shakhtyorsk), was artificially divided into some kind of "independent" principalities. And now he has completely fenced himself off from each other so that he has to travel either along gullies or through Russia (which makes the journey a good ten hours longer).

It is clear that Luhansk does not want to fall under the influence of the larger Donetsk; it is clear that it is easier for regulatory authorities to track cash flows and the appropriateness of their use. At the same time, all this leads to a gradual drift of the LPR and DPR in different directions, already noticeable with the naked eye. In the end, it is completely incomprehensible why, but today all this has led to the creation of territorial and political new formations independent from each other. And if tomorrow a team came to unify everything and everyone with Russia and prepare for joining it, they would not be ready in Donetsk and Lugansk, but in very different ways and with very different periods of correcting the shortcomings.

Yes, everyone has long come to terms with the loss of the meaning of the times of 2014. That Novorossiya is just a beautiful fairy tale, which has shrunk first to Donbass, then to its third, which includes two republics. That these republics are not so popular as we would like and as it was stated initially. That nationalization, it turns out, is external management, from which if it falls at least on salaries, then we should be glad. But a full-fledged border between the LPR and the DPR is, excuse me, too much. Played. You cannot say otherwise. And all this will not end well.

Ctrl Enter
Noticed oshЫbku Highlight text and press. Ctrl + Enter
We are
About Stalin and KhrushchevFunctional stupidity and national stupidity
26 comments
Information
Dear reader, to leave comments on the publication, you must to register.