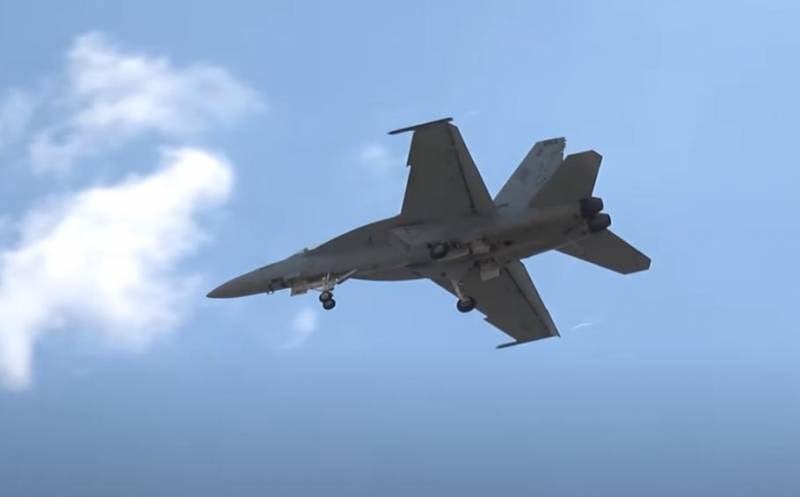 The United States intends to sell 40 fifth-generation F-35 fighters and 40 F / A-18EF Super Hornets to Switzerland. As stated in the disseminated message of the US Agency for Defense Cooperation and Security, the total amount of the possible deal could be $ 14 billion.


According to the report, the US State Department has already approved a possible delivery to the Swiss government of 40 F / A-18EF Super Hornet fighters, 96 engines, 44 armory systems and 25 guidance systems, totaling about 7,5 billion dollars. In addition, the State Department has approved the sale to Switzerland of 40 F-35 fighters and related equipment worth approximately $ 6,6 billion.

The question arises, why does peaceful Switzerland need so many new fighters? The thing is that Switzerland itself intends to purchase 35-40 fighters, which in the future should replace the 30 F / A-18C / D Hornet fighters and 24 F-5E / F Tiger II fighters in service with the country's Air Force. There can be no talk of any 80 aircraft. And why does Switzerland need a tender for carrier-based fighters?

It should be noted that the decision to purchase new fighters in Switzerland was made at a popular referendum and was adopted with a margin of only 8670 votes. With a turnout of 59,41% of voters, only 50,14% of those who took part in the referendum voted "For". At what this deal may break down, opponents of the purchase of new fighters (led by the movement "Switzerland without an army" - GSoA) have already begun a campaign to organize a new referendum in 2021 to reverse the decision.

However, in case the purchase decision is confirmed, it is not yet known which plane the Swiss will choose. The results of the tender, in which the F / A-18E / F Super Hornet Block III, Dassault Rafale, Eurofighter Typhoon and Lockheed Martin F-35A participate, will be announced at the end of November. The selection decision is to be taken in the spring of 2021, with procurement approval by parliament in 2022. The delivery of new fighters is expected to take place from 2025 to 2030.
Ctrl Enter
Noticed oshЫbku Highlight text and press. Ctrl + Enter
We are
US Navy purchases F / A-18 Super Hornet Block III instead of F-35C Lightning IIReports from the militia of New Russia for 27-28 September 2014 of the year
57 comments
Information
Dear reader, to leave comments on the publication, you must to register.